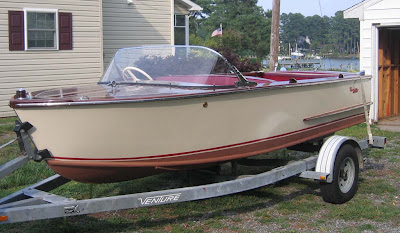 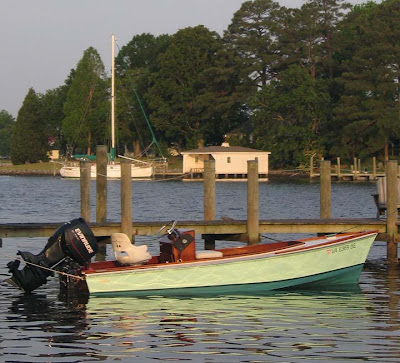 I read on the web the other day , someone referring to their boat as a
Barrel Back. I took a look, and it was not. It was a 1940’s runabout,
The guy listing the boat was not trying to trick anyone, he just
thought that all old wood boats are called Barrel Backs. So it lead me to this thought. What defines a Woody Boat? We know that Antique boats are generally pre war, Classics are after the war. Fiber classics are fiber glass. What about cool boats made of wood, during the same time period. Racing runabouts. Little lake boats. Yes all very cool. But Woody’s? Would you call a skiff made of wood, a woody? I own two 12 ft boats. Both Plywood.. Plywoody’s. One is painted, one is not. Woody’s? Were do we draw the line. So I invite comments. It would be nice to define this. Heck, we may even decide on how to spell it. Woody? woodie? Boater.

One Response to “Is it a Woody Boat if its painted?”