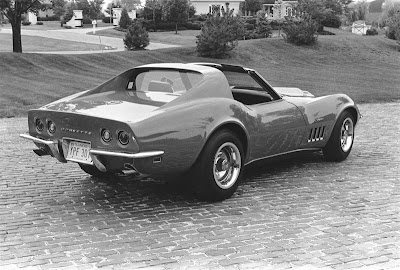 Everyone knows the Corvette, as in Chevy. Do you know the Corvette from Chris-Craft? Prior to this past summer I had seen them in photos only. I finally saw one real time at the antique and classic boat show in Salem, MA. Wow, what a great looking boat…1969 model year, 36′. Given my fascination with everyting Fifties, especially wooden boats, I was surprised how attracted I was to this boat…but then again, its a Chris-Craft. I was in awe of the simple beauty and grace of the boat’s lines, style, and its understated yet bold statement in design (then and now). 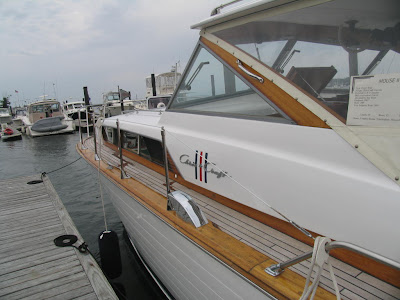 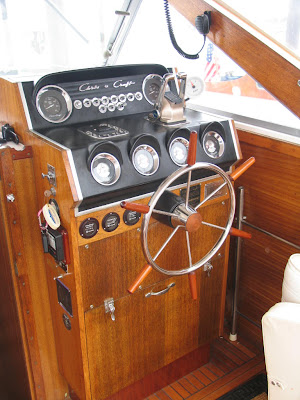 The highlight may have been the helm…what a combination of classic wood and chrome with sporty black dash, gauges and control panel. 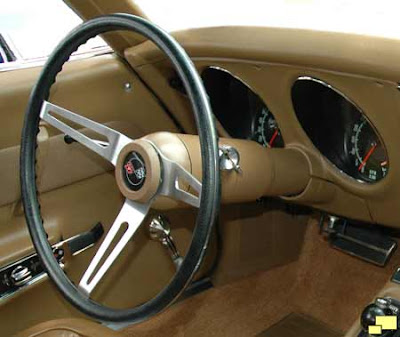 The owner had done a beautiful restoration of the boat…once aboard I of course yearned to hear the engines, untie the boat, head out on the water to really experience this ‘Vette’s performance (I’ve ridden in the car, never the boat), and maybe go back in time: 1969 — well into the fiberglass era, yet Chris-Craft was still building some gorgeous and timeless wooden boats. As with the U.S. at the time, in great turmoil, change is never easy for companies this big and successful, yet Chris-Craft and Chevy and the “Corvette” managed to change and yet maintain their appeal in the world of sports cars and sports cruisers. The ’69 Chris-Craft model was built on a deep-V Jim Wynn hull design, with twin 427 300 hp Lincoln engines (as with the cars, these boats had LOTS of power to go with their great looks). Only 16 of these boats were built in 1969. At the New York Boat Show in ’69 it was reported that “People stood in line for what seemed to be hours to get up on the platform to get a look at it….the thing that impressed people was the huge round black helm and companion seats. They couldn’t have recieved more attention if they had been gold plated.” (See About the Chris-Crafts, by Charles C. Cross, Brass Bell, Dec., 1988). 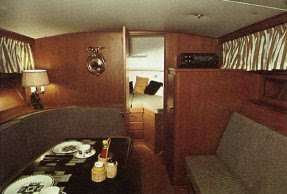 Modern yet classic interior of the ’69 Chris-Craft 36′ Corvette 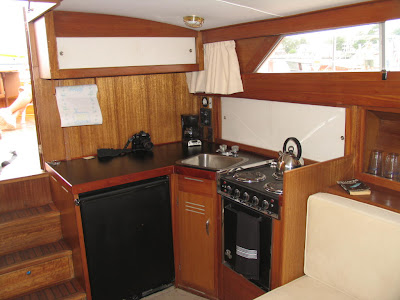 Having seen this Corvette my interest was piqued, and I was struck by the coincidence later in the summer when I was inspecting a prospective boat for a client and by chance walked past (stopped, stared, gazed) at another late 60s Corvette in the process of restoration inside a repair shop at a large boat yard in Southern Mass. While the boat’s hull had been stripped bare, its look and lines were unmistakably Corvette, and it was structurally very sound, apparently having been out of service and stored for many years, it needed primarily cosmetic work. I couldn’t help feeling envious of the owner, yet also a bit intimidated by the thought of taking on a second wooden cruiser restoration (even if I stored this one on the back burner for now, it would be impossible to resist at least tinkering….a little scraping here, some sanding there, a sure distraction to my current boat project and other of life’s ‘priorities.’

The more I learned and saw of the Corvette, the more curious I was about its history. Its production by Chris-Craft began in 1953-1954. There were 36 built for that model year, and over 50 of the 37 foot model in 1955. Seeing the 1969 model, one would think the name came from the car. Actually the model was named after the Canadian wartime Torpedo Boat.

The profile of the 53-55 was similar to the Coast Guard boats. And I though
t a Fifties Sea Skiff has great lines, this is one gorgeous, classic Chris-Craft cruiser with a low and very pleasing profile. The custom edition as shown below had hull sides painted a dull black and teak substituted for mahogany on the forward deck, side decks, bridge deck floor and aft cockpit floor, with pure white canvas on the hull top. 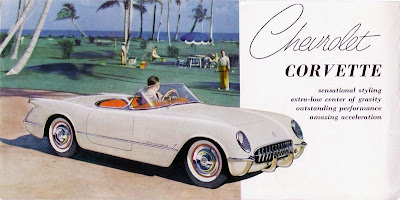 The Corvette by Chris-Craft had an interesting history, very limited production, and always great looks…with a name like Corvette, how could they be anything but great looking!? If you know of any late sixties Corvettes in need of some TLC, let me know, I could use a little distraction… 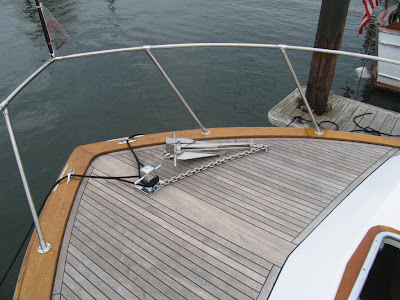 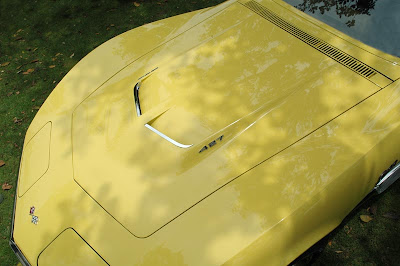