o see more Chris Craft boats than the others. They have remained a popular name in antique and classic boating over the years. Christopher Columbus Smith started producing recreational boats even before the name Chris Craft was established. He and his sons began production under the name “Chris Smith & Sons” in about 1922 and soon adopted the name we all recognize to this day, “Chris Craft”. Well over 200,000 boats were built between 1922 and 1977, not counting the watercraft that were produced for the war effort and boats that were built prior to organizing the company.

In the 1950’s and 1960’s several Divisions were created in keeping with diversity in the boating industry. They’re all Chris Crafts but also are called Cavaliers, Sea Skiffs, Roamers, Catalinas, Corsairs and Commanders as well. There were also Kit Boats, Sail Boats and House Boats built by Chris Craft.

The Chris Craft Antique Boat Club is one of the oldest Marque Clubs in existence and features a very popular web site www.Chris-Craft.org with many unique benefits not found on other ones. The site features Boat Buzz, which is by far the most successful web-based, boat related discussion group going.

The Club is developing an Archive (already accessible) with thousands of pages of information on, not only Chris Crafts but other popular names in boating. It already is useful in researching what was original on antique and classic boats but will be even better as it’s further developed with improved search and paging features. Members can down-load documents in PDF format for viewing and pr 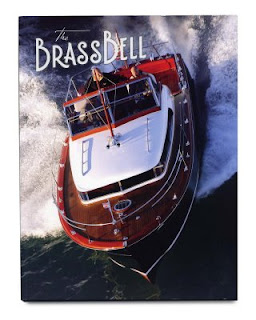 The Chris Craft Antique Boat Club publishes The Brass Bell quarterly magazine. This is by far the best boating magazine available, hands down. The latest issue features 92 pages of first class and unique content relating to boating, people, history, places, how to, etc.