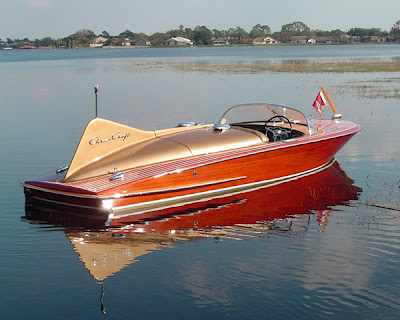 Before Carol Shelby took a turn on the track in a AC Bristol, the fellows at Chris Craft were hard at work. Always marketing leaders, they came up with what has to be the coolest boat on the water. The 1955 Cobra. Available in 17 and 21 feet. Available with several motor options. 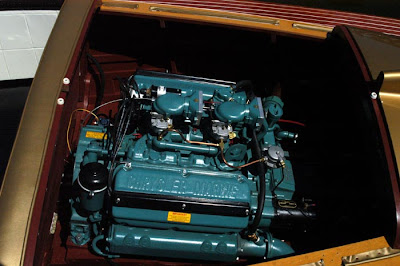 You can still find them out there. A couple of months ago eBay had two un-restored ones. The best place to get a good idea of what these crafts are all about is 216.37.204.53/cobra/50th.htm Yes, that domain just sticks in your head right. But click on it and you wont forget it. This is a fantastic place for a good dose of Cobras. The real ones, not those silly race cars… If you would like to see Terry Feists Cobra in person, Photo above, come to the Sunnyland Mt Dora Tavares show in FLA March 26th-30th. It should be sitting right there at the Chris Craft tent.

2 Responses to “The Chris Craft Cobra. Try And Not Drool On The Varnish Please.”