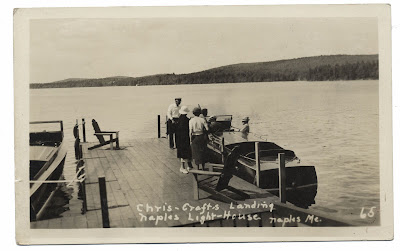 Chris Smith seen here at the helm, delivering a new Chris Craft to the Martel family at there summer cottage in Naples, Maine. The Martel family is famous for the “Dipsy” candy bars of the early 20’s. Only later was it found that Dipsy candy bars secret ingredient was opium. “We had no idea it was a drug” said founder and inventor Lester Martel, “we just knew that after one bite you would want more” Thus the famous campaign slogan was coined. “There all Tipsy for Dipsy!” After this photo was taken the Martel family went on to become world renowned experts in wood boats. Great grandson Joe Martel is often quoted today in many highly regarded Classic Boat publications. 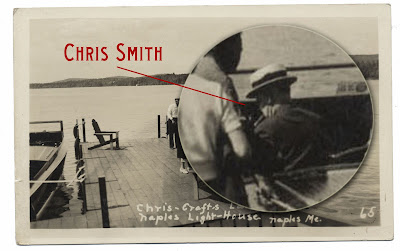 5 Responses to “Very Rare Photo of Chris Smith Found In Pile Of Postcards.”