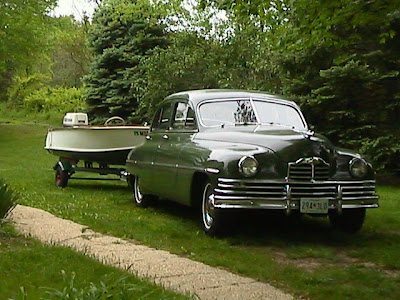 Cheryl and I were in 2 boat shows, this weekend. One at Calvert Marine Museum in Solomons. We drove the green `50 Packard towing the 1957 mahogany Industrial Trading Co., outboard with a green trailer. the combo drew crowds. When we drove up the staff said they had been waiting for us! We had a wonderful time looking at running marine engines and talking to people. They had operating models of all kinds, rowing lessons, a huge tug boat, music, food, and the museum was filled with craftsmen and women. 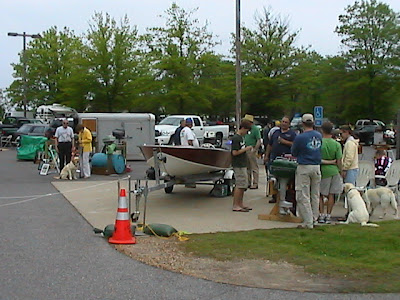 Our favorite was the ladies operating looms. In the huge boat workshop, they showed us many details of the restoration on a `37 Old Town Canoe which they had almost ready for the canvas. 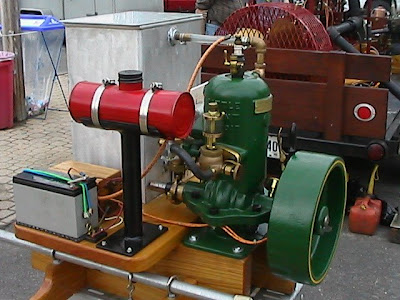 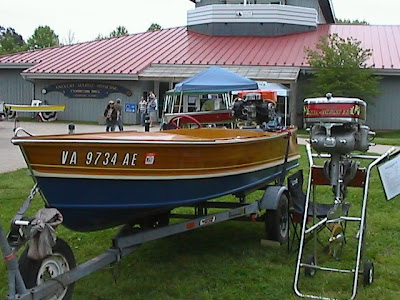 The the best highlight was meeting Marty Prinz who built PRIWING boats, the fast and light companion to Whirlwind made by the founder’s brother and built out of the same wood as Whirlwinds. He told us his memories as we admired one of his boats. They had a huge bake sale going on and County Ag. Dept giving away tomato plants. There was much more. We stayed til 4 and then drove up to Annapolis where on Friday we had taken three boats for display at the Annapolis Marine Heritage show run by Chuck Warner. The grounds near the harbor were laid out with fabulous pleasure and race boats.

The James craft group was there with their Chris craft type kits finished out to the max. They had 8 gorgeous old Trumpy, Elco, Mathews, Chris Craft, and Winthrop Warner cruisers up to 70 ft on display. We went aboard these and one had a built in piano in the salon and full band with a trumpet player with a mute. We sat on fore decks necking and after decks chatting and having horse doufers! I was forced to test the liquor mixing skills of my friend Danny Wilson who had a packed boat with all the friends laughing and telling stories, – until late. Sunday it was pouring up there so we had a big tow in the rain, 3 boats carefully wind their way back to Oldtimeworld, to be wiped, dried and put away until June 18.