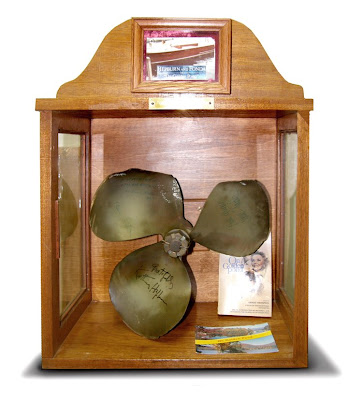 This is a Woody Boater exclusive! These very rare one of a kind On Golden Pond Treasures are about to be put on eBay. About to be is the key phrase here. The propeller used in the film that was damaged… Signed by Henry Fonda and Katharine Hepburn. By the way, this may be one of only two times that the two of them co autographed anything. The film On Golden Pond was the first time that the two had worked together. 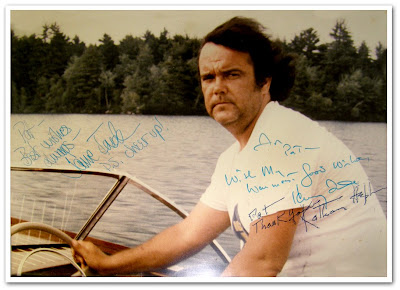 Also up for sale soon is a photo of well known Pat Curtin, the boat expert on the film and countless others. Pat was Hollywoods go to guy for anything related to water craft. The other one of two team autographs from Fonda and Hepburn known to exist. If you are the current owner of either one of the the two Thayer IV’s this is a must have and treasure to complete the story. And yes, Pat Curtin is the seller, so you can be double dog sure that you are getting the real stuff. Here is his email if you want to cheat the eBay gods. patsoldboat@hotmail.com. Ask him about the Henry Fonda lithograph. It’s also rare and part of the film. More Woody Boat treasures to come.. Props from The Bruce Willis film “Striking Distance”, A Chris Craft map of the world, and tons more.