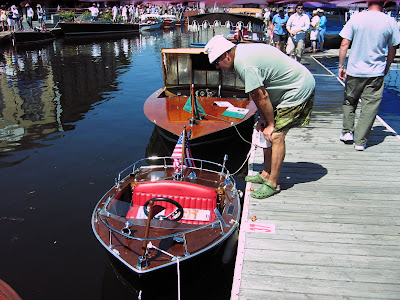 Thanks to our Woody Boater reporter Texx we can now enjoy the big show…. 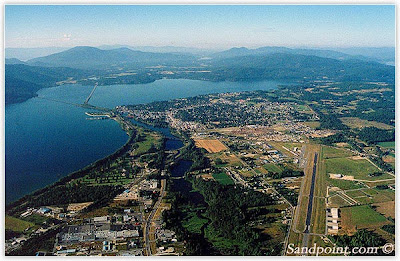 The 7th Annual Sandpoint Wooden Boat Show sponsored by the Inland Empire Chapter ACBS was once again a great success. Many thanks to the organizing committee and volunteers! With weather in the 80’s & 90’s through the weekend and over 40 wooden boats on display, the crowds came out to the Sandpoint Marina to take in the festivities. The community of Sandpoint is located on the northern shore of beautiful Lake Pend Oreille (pronounced Pon-Da-Ray) in North Idaho’s panhandle. At over 43 miles long with 111 miles of shore line, Lake Pend Oreille is the fifth deepest lake in the United States at a depth of 1,158 feet. Huckleberries grow wild in the area and are considered to be a local favorite. You can get Huckleberry ice cream, pie, milk shakes, pancakes, doughnuts… you can even get Huckleberry Beer! 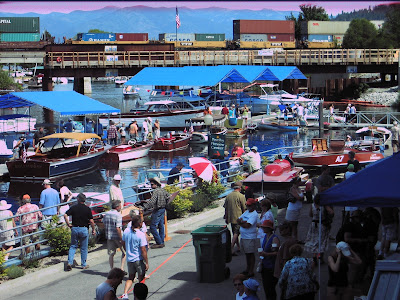 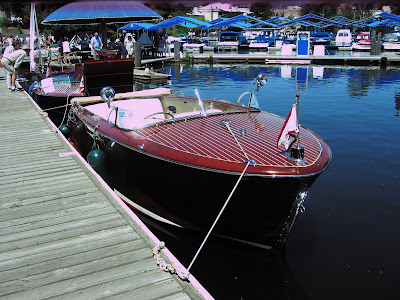 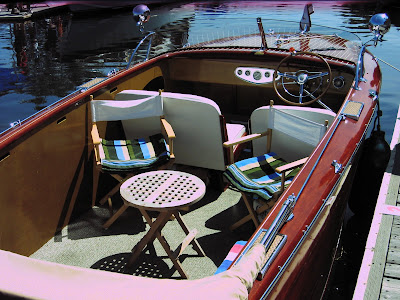 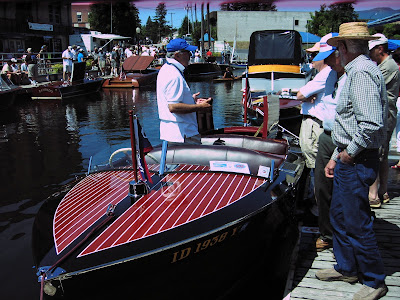 ACBS President Dick Werner was in attendance, shown here checking out Arlon D. Hibbert’s 1947 16′ Gar Wood 722 Ensign THE OTHER WOMAN. Dick made his rounds up and down the docks to look at every wooden boat at this years show and was all smiles. 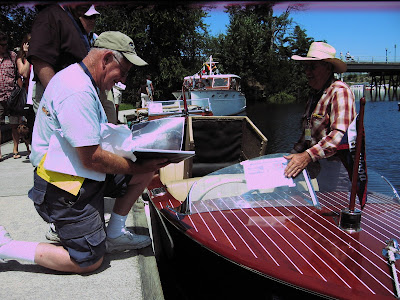 Dick Werner also brought out his Century Thunderbolt complete with vintage trailer for everyone to see and enjoy. 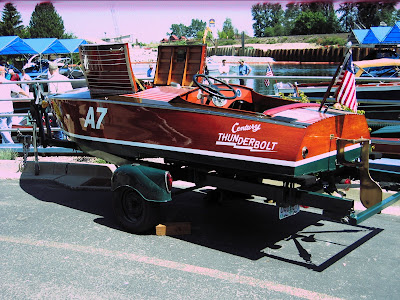 KILLER – Steve and Linda Zwarg’s 1942 19′ Chris-Craft Custom (Barrelback) was purchased by Steve over 30 years ago and recently restored her back to original specs. Her original owner purchased her just before Pearl Harbor was attacked in 1941. Killer was awarded #1 Best Preserved Antique Runabout at the 2008 ACBS International Show in Coeur d’Alene, Idaho. 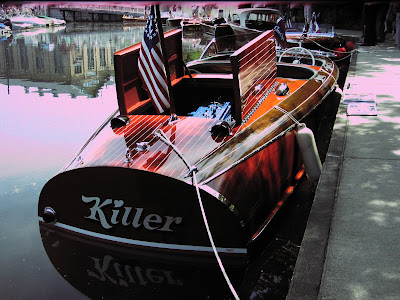 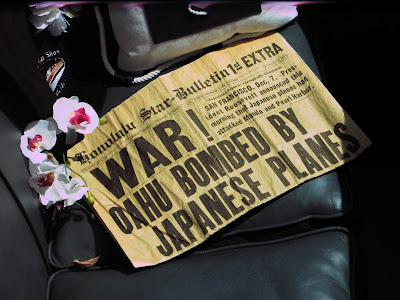 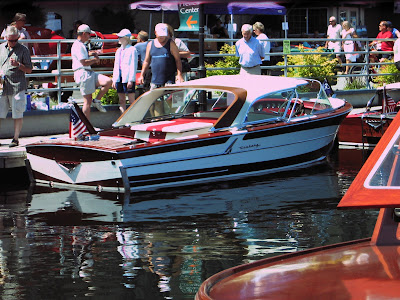 “BABY” attracted a lot of attention from the crowd. This 1959 Skeeto 7′ Kit / Dingy was powered by a Briggs 1 Cylinder 12HP (Big Block) and according to the Owner – Russ Morgan, it can take 2-100 lb passengers or 1-200 lb passenger. You go first! Paul and Karen Harrison from Calgary, Alberta, Canada attended this years show with SATIN DOLL, a rare 1940 19′ Chris-Craft Custom Runabout, she’s always popular with the spectators. 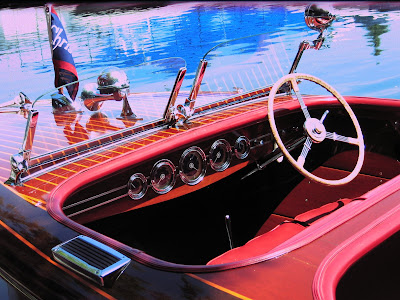 Jim Winslow aboard “ARABIA” a 1957 Century Arabian prepares for the Parade of Wooden Boats which is an annual tradition at the Sandpoint show. There’s nothing quite like the Century’s blonde deck and unique hardware. 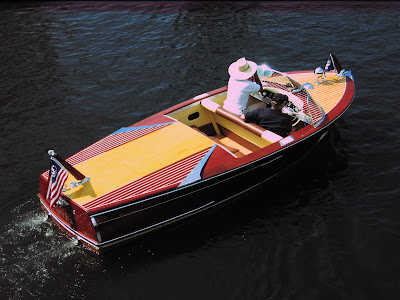 Another well organized parade up Sand Creek to show off the boats, rev up the engines and blow their horns! ( 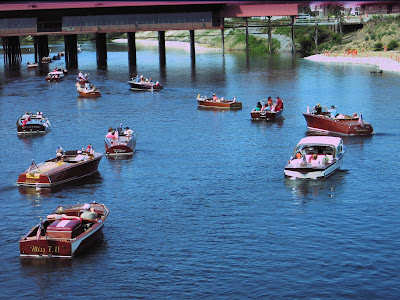 One Response to “Live…ish From Sandpoint, Idaho – The Land of Huckleberries”