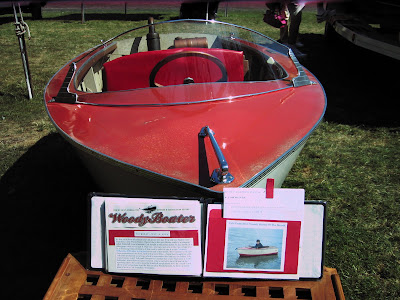 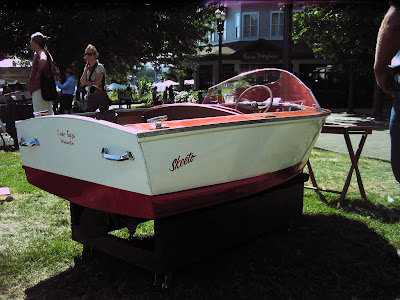 Thanks again to our West coast corespondent Texx…. West Texx…We had a special meet up with our Woody Boater of the month Cole Franchini… for that matter the whole darn Franchini gang. Yes even Grandma!

After reading the recent story on WoodyBoater about Cole Franchini (Woody Boater of the Month), I was looking forward to meeting him (and his family) in person at this year’s Maritime Heritage Festival in Portland, Oregon. We finally got together for a short visit on Saturday night after the awards banquet. 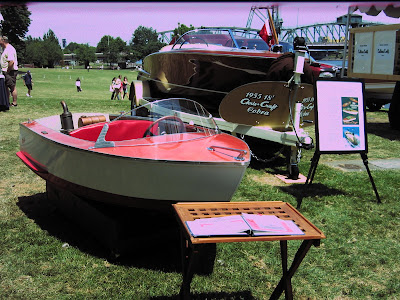 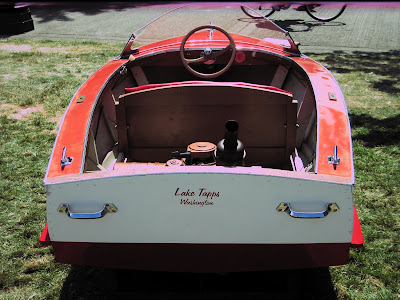 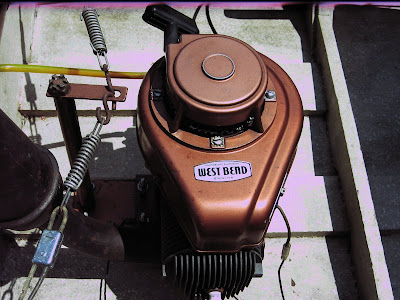 Cole was proud of the fact that he was able to get his Skeeto ready in time for the Portland boat show, it water tested perfectly and other than a few minor carburetor issues it’s complete. Cole and his Grandpa (Steve Franchini) have a few solutions in mind to try when they get home. Cole’s boat was on display (complete photo album, proudly showing his WoodyBoater award) and it was a hit with the spectator’s throughout the weekend, even the local CBS Channel 8 TV film crew was on hand to check out his fine workmanship on Saturday.

Unfortunately for me, our visit had to be cut short in order for Cole and his father (Brain) could return home to Washington state so Cole could pursue his other passion which is cart racing – He had a local race near Seattle on Sunday. Cole approaches his racing just like his boat restorations, he is involved in every aspect of the work with the full support of his family. 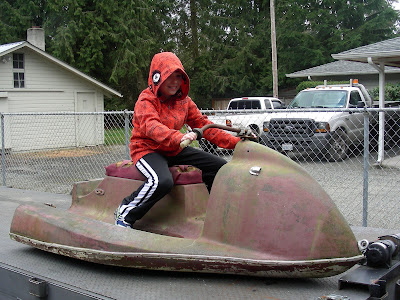 Cole’s next boat restoration project is a recent “Barn Find” that he made on his own near Seattle – A “Hydrocycle” that was originally designed and built around the late 60’s or early 70’s (we think, he’s doing the research now) that will probably use an 8HP outboard engine for power. It kind of looks like some thing George Jetson would ride.

It was great to meet Cole, Brian, Steve and Diane Franchini (his grandpa and grandma) who are very involved in his future, and to share their enthusiasm for Cole and the wooden boat hobby.

On Saturday night the entire family joined with Steve to celebrate his award for the Best Amateur Restoration at this year’s Portland show, for their 1957 Tollycraft Rumpas. 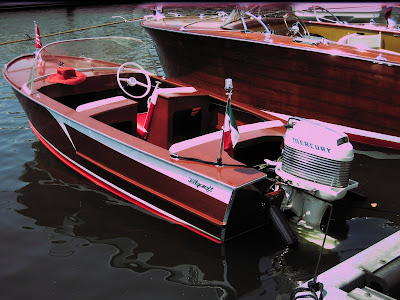 Steve considers that to be a family award as everything they do is a “Team Effort.” That’s some team Steve.

2 Responses to “I Want To Be A Franchini!”