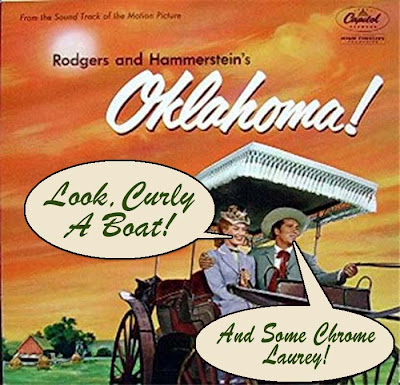 It’s more than just a musical, it’s an actual state and there is a Antique and classic boat show there….. as well as home of Woody Boater celebs like Don Ayers and Jim Blake. According to the headline on the poster though there is only one boat at the show to see and some chrome! 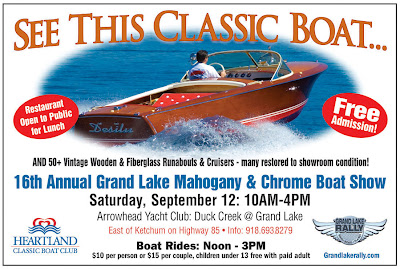 But Chairman Darren Arnold claims 60 boats below. And yes that is Don Ayers and his tasty Riva on the post card/ poster. So if your done with singing in fields and bailing hay. This might be just the thing to do on September 11-13….

This year the Heartland Classics Boat Club will be having our 16th Annual Grand Lake Mahogany & Chrome Boat Show. Our 2009 in water Antique and Classic Boat Show will be held September 11 – 13, 2009. We expect around 60 classic boats from a five state region with 90 to 120 club members participating in the 3 day event. We also expect 2500 to 3000 spectators due to the fact the show is: