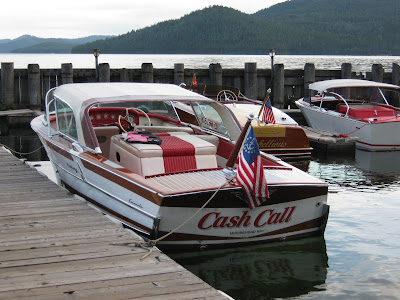 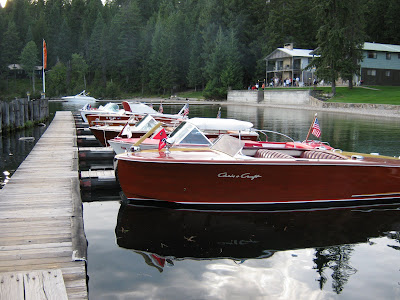 Priest Lake, which is located in a remote part of Northern Idaho, has a number of comfortable, boat friendly lodges around the lake that are perfect for this type of gathering. This event is considered to be not so much a boat show, but more of an opportunity for antique / classic boat enthusiast’s to get out on the lake for a few days and enjoy their boats together. The low key atmosphere and hospitality was outstanding 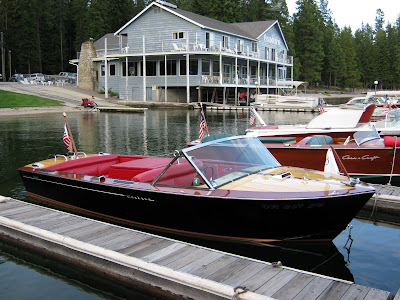 Jim West and his wife Sharron (from the Portland area) returned again this year with their beautiful 1966 Century Fibersport 17 complete with wood decks. 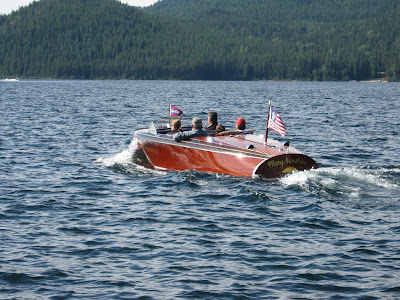 There were three Chris-Craft Barrelbacks at Priest lake this year, Mary Sunshine is a 1941 19′ owned by John Russell from Portland. They were making their way over for the start of the poker run on Saturday – and they took home some awards. 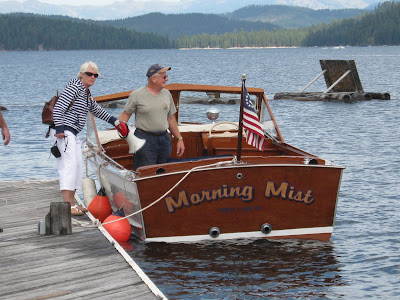 Dick and Louise Werner have a cabin on the lake and were assisting with the start of the poker run. Morning Mist is their recently completed 1965 21′ Lyman Utility. Being from Ohio, Dick say’s he loves the Lyman’s. 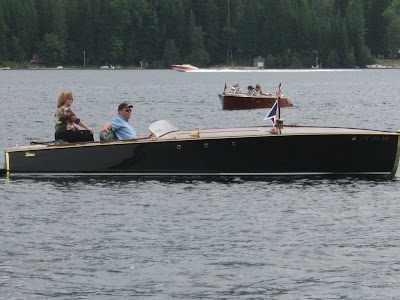 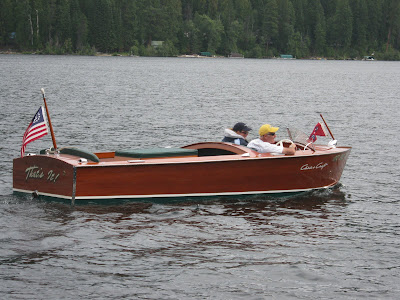 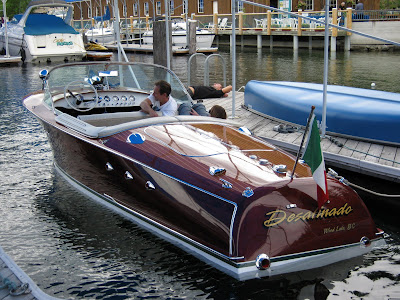 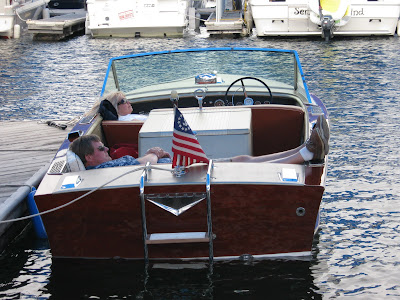 Steve Spahr and his wife had a late draw for the poker run and took the opportunity to have a nap on those comfortable Century seats. Their 1966 Century Resorter has been in the family since 1968, but I don’t think he drives it quite as fast as he did when he was a teenager! 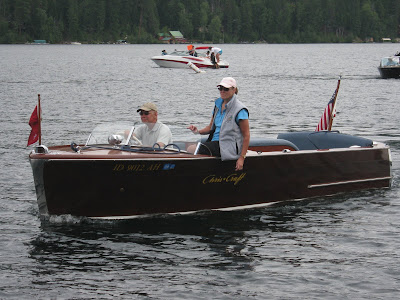 Irish Song is a 1949 18′ CC Sportsman owned by Kent & Becky Wick from down in Moscow, Idaho. Kent also serves on the Inland Empire Chapter Board of Directors. Lining up to grab their map and directions for the poker run. 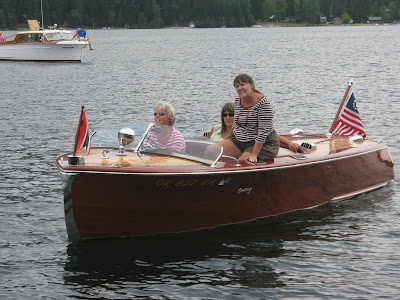 The “All Girl” team did well this year in their sleek 1949 Century Blonde Deck. 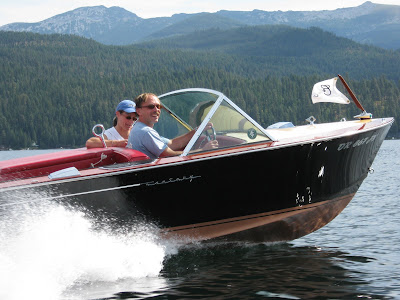 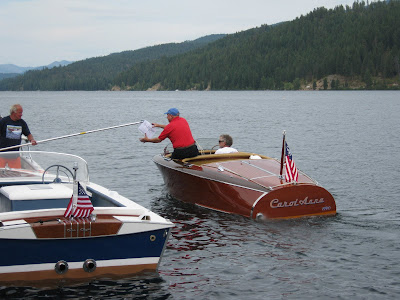 The overall winners of this year’s poker run were Steve Martin with John Tyler (resident Century expert) navigating aboard Steve’s spotless 1940 17′ CC Barrelback. Steve is also the owner of the New Hampshire 19′ Barrelback, often refered to as the “Holy Grail” boat. 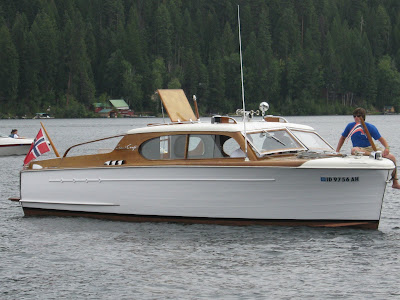 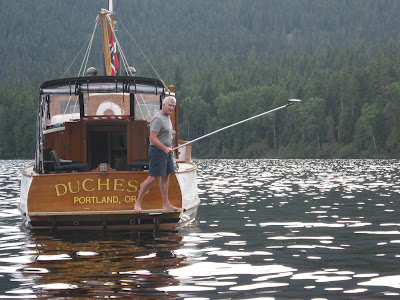 One of the last checkpoints in this year’s poker run was at Duchess. The rumor was that if you made a wake as you were approaching to pick up your card – you may not get one. Thus the calm water when we arrived. 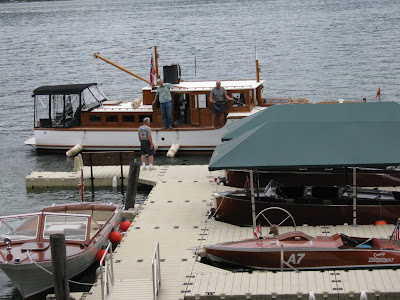 The finish line was at Dick and Louise Werner’s where we were all served a wonderful BBQ dinner and beverages that lasted well after dark. 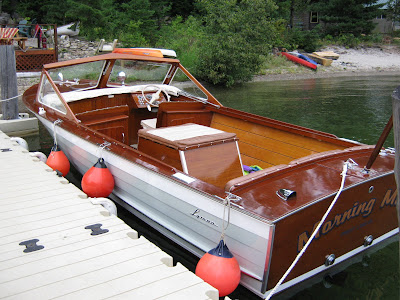 Here are a few more pic’s of Dick’s Lyman, I told you I would keep looking until I found one this year.
Texx 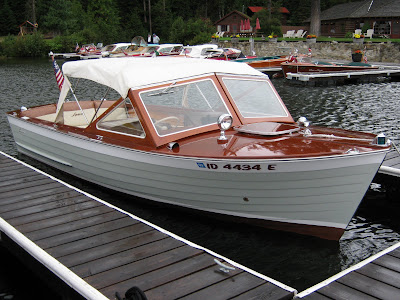 One Response to “Idaho Hold'Em – And a Lyman too. I'm Not Bluffing….”