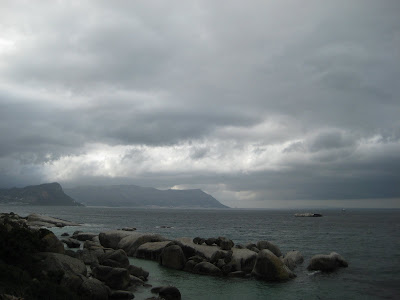 We have officially moved the location of the shoot to Cape Town SA… Cape Town.. hands down one of the most amazing places on this earth. Mountains, amazing beaches, and a 5 star hotel. The Mount Nelson. And yes… Internet…BUT NO WOODY BOATS! What the hell! I am surrounded by water. But its deep ocean… in fact its the Cape Of Good horn… you know the place were all the ships wrecked..the Southern Most Tip of Africa, were the Atlantic and the Indian Ocean meet… I just cant see a U22 being sea worthy enough for that…. 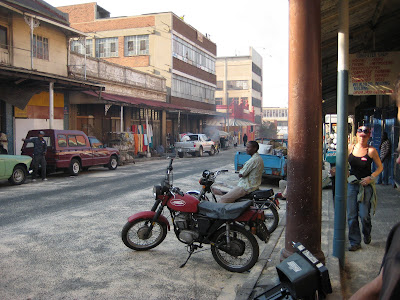 Last week we were in Johannesburg a city of roughly 14 million folks.. 11 different official languages…. One amazing location, but the premise of our commercial that we are shooting has us in the roughest parts of Johannesburg…We hear about it on the news, and yet it all seems so far away. Completely removed from the day to day of our lives and on a completely different planet from my life with Woody Boats. Thank god for Texx and his report from Idaho… no Tater boats but that’s OK it was a taste of home! 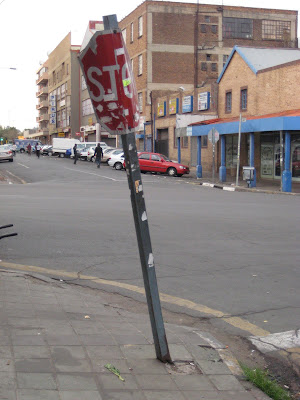 We were all set to shoot some critical footage and we were warned by the police and our personal security that there was a very high risk of a riot to take place in the market we needed to shoot. A taxi boss had been murdered along with his security staff. We were then told by many on the set that if we went into there, we would die! That simple! That’s all I needed to hear. There I am in my WoodyBoater Tshirt, sipping coffee… the best coffee I have ever had by the way… 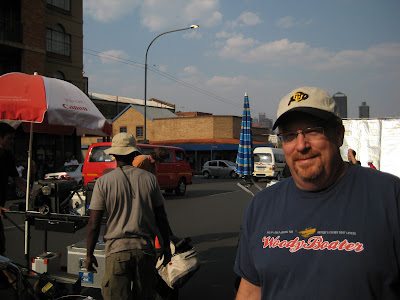 And I am thinking that despite all the things I have seen on this trip.. a Sunday afternoon out on Lake Geneva in a sweet classic boat is a very nice way to spend a day. Next week starts the week of shows , Sept 12th in Reedville VA, the next weekend in Smith Mountain lake and then off to Lake Geneva….What a fantastic way to end a summer. 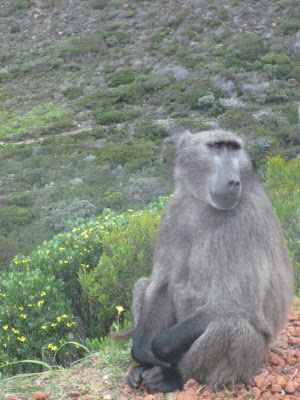 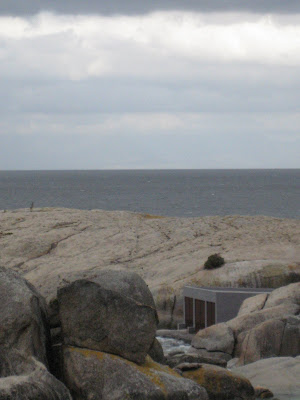 Is this a boat house? Does it hold treasures behind the varnished wood doors… Watch that prop…

One Response to “Going To The Ends Of The Earth Looking for Woody Boats.”