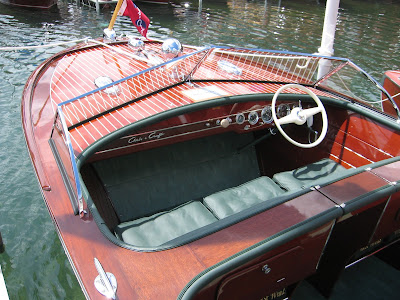 “West Winds” is a freshly restored 1947 Chris-Craft 25′ Sportsman owned by David & Nancy West, from Rockville, Md. She was proudly displayed at the 2009 Lake Tahoe Concours d’Elegance in California. 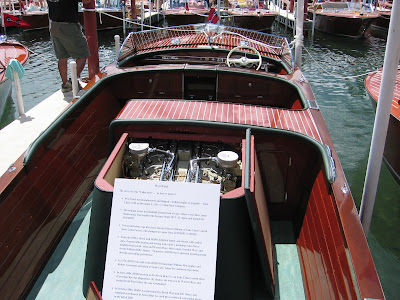 Here’s the story of “West Winds” exactly as shown on the sign board.
West Winds
The story of a true “Tahoe boat” . . . as best we know it 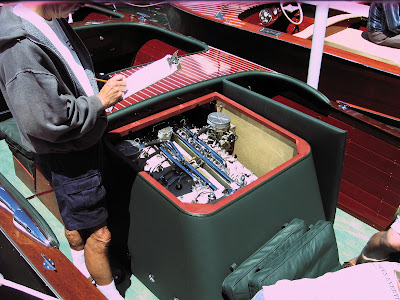 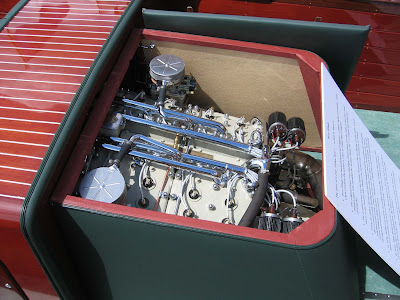 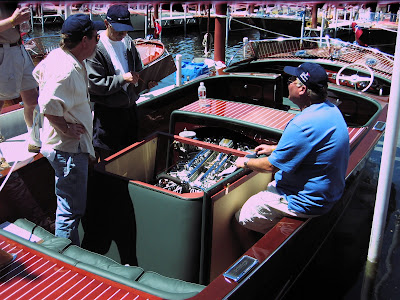 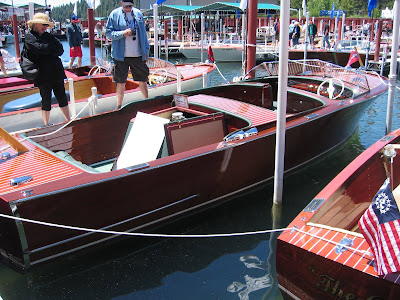 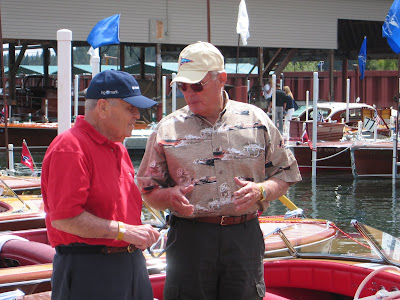