Not more than ten minutes after we posted the story on U22 Munth, we got email regarding the correct terms and so on. Thank god, because the research department here at Woody Boater has four legs and needs to be given a flea bath this week……As I have said from the start, you want to know the correct screw size of a vent … Go to the boat buzz… But it is U22Munth and it would be a good idea to help some folks along with what the differences are … 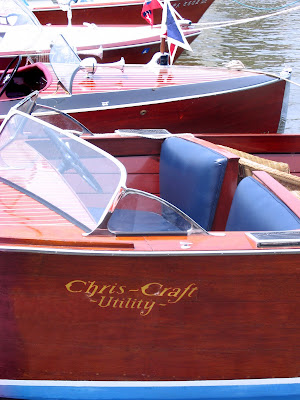 First lets start with 1940-1942, as pointed out correctly, these are called Deluxe Utility’s, Not sportsman. That name was used on the larger models. They were very plain and ..well utilitarian. They retain many of the design charms of all the pre-war Chris Crafts. Beautiful blue gauges, and clean lines. The Cut water along with a more straight bow line. One other notable difference is the engine box is all varnish. These are prone to weaknesses in the bow area, so if you are looking at one, make sure that it has been strengthened. With modern epoxies though these days its less of an issue. The most popular color interior was dark Blue. 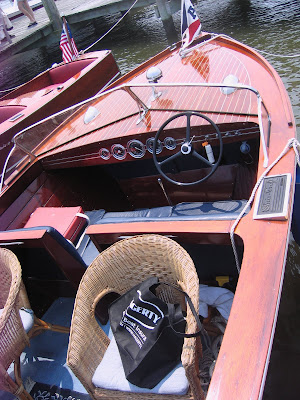 The next version were made right after the big war, starting in 1946. now they started being called Sportsman. And were made of Cedar. So a large proportion of them were painted white, with a ceder interior and some mahogany. Also the engine covers were upholstered. 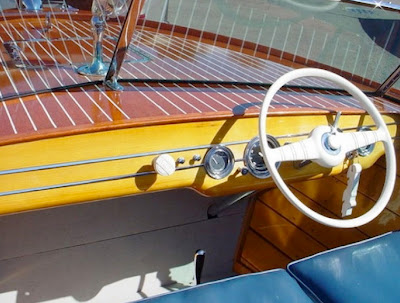 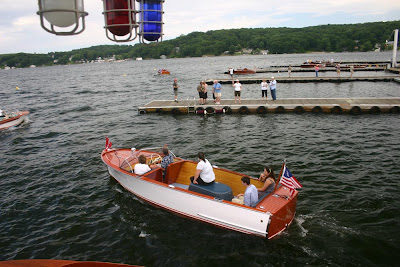 Blue was the popular color. There are examples of these being done with varnished sides as well. The combination of mahogany with ceder interior is absolutely stunning and are some of the most desirable models.

Next is the version that is more what we see a lot of. The later years. Wider, and a better ride in the water. Less of a wet boat. 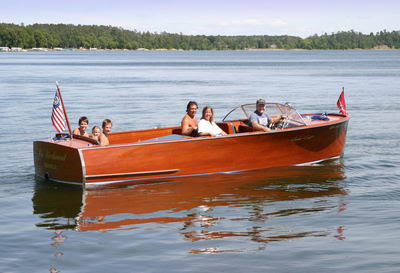 These boats are referred to many times as the Golden Pond Boat. Which there were only 3 of and will be a story later, since there seem to be about 100 out there now…. 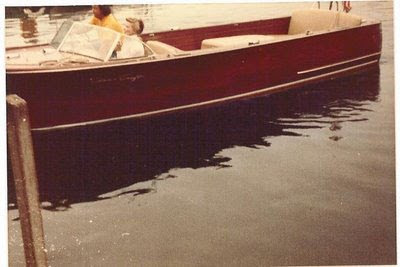 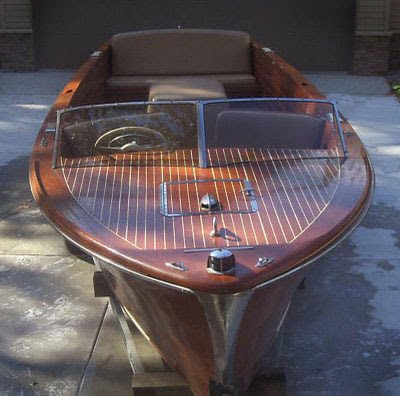 These boats have all the 50’s stuff, lots of chrome, and scoops and such, but because they were basically Utilities, were very simple and useful. 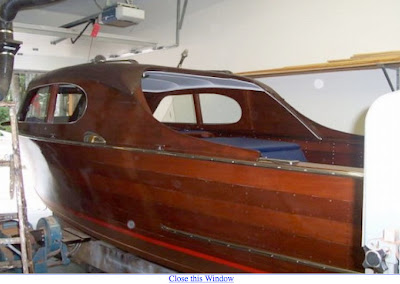 There are countless odd ball versions out there as well. Two engine models made for members of the Chris Craft family, hard top versions, soft tops, and made from more exotic woods, like Birds Eye Maple dashes. As always for every standard rule that was out there on these fine wood boats. There were exceptions.

That’s it. A quick ride through U22ville and its past. I am sure I have left out stuff, and butchered the history of these popular boats. If you want to really know more… stay tuned and read the comments. More stories to come. Also the Boat Buzz is a great place to look for information. Like what is the correct screw size for a step pad …..