As promised, I have made my trip to Southern California and have visited the hat company that will be making our special Woody Boater edition yachting caps. As it turns out though, the hat we bought on ebay as the true hat was indeed correct, but not all the way. 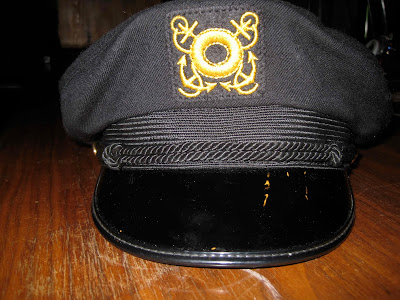 The eBay hat( Pictured above) is a cheaper version of the original yacht hat made for films, or a vendor that wanted a lower cost version. More on that later.

I started my journey from Santa Monica and made the short trek to Monclair California. One hr later I arrived at the Lancaster Uniform Cap Company. 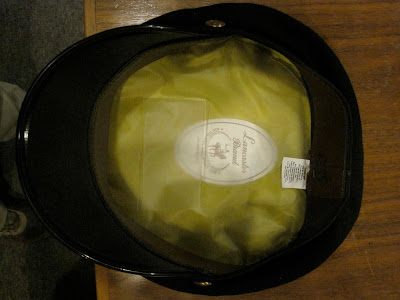 Lancaster has been around since the old days. The real old days. They have recently moved from downtown LA to Monclair. But many of the old machines and other stuff all made the journey. 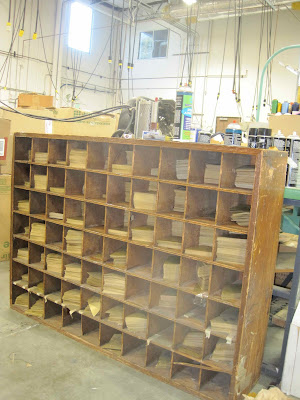 They manufacture hats for multiple brands and have been also making one off hats for Hollywood. All the hats for the movie Pearl Harbor were made there, and yes, Bogart, and pretty much every film shot that had a boat cap in it. And for those of you that would be impressed with name dropping…. The Skipper, Gilligan’s boss. 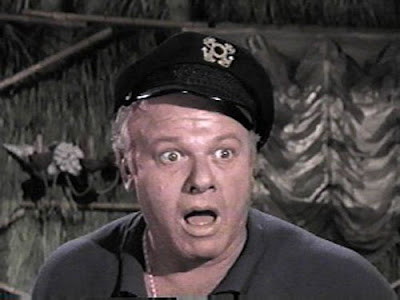 So if you are wondering if this is some sort of remake or fake hat made to look like the original hats. It aint. 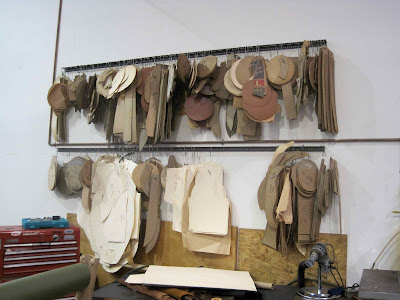 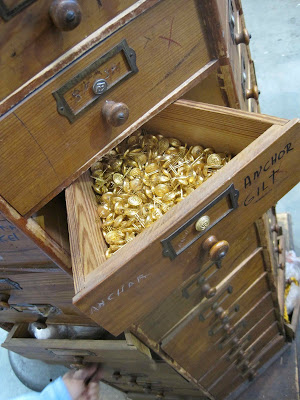 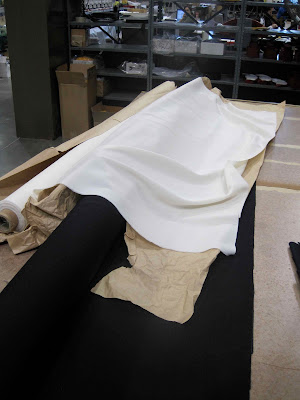 This is the real deal, made the same way with the same material, same templates, same everything as if you walked into a nice hat store in the 40’s. That is our vision.

Our contact Patty met me at the door and gave us all the tour of the innards of the hat company. She showed me all the rolls of fabric, buttons, sewing machines, all of it. 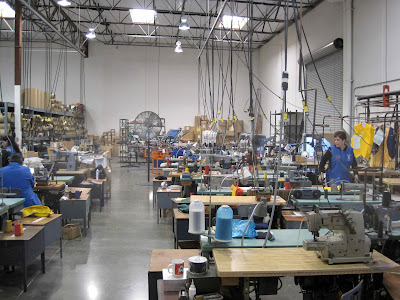 There were hats and cool old things all over the place. We talked about the hat we got on ebay. They looked it over, and found a stack of NOS patches that were used, Ribbon, the material, buttons, all of it. Even the last roll of Lancaster Brand stickers used inside the caps years ago. We are welcome to use them, and that is that. They will be gone after that. We also took a careful look at the hat fabric. There are 4 real colors that can be used. Blue, Black, White, and Kacki. 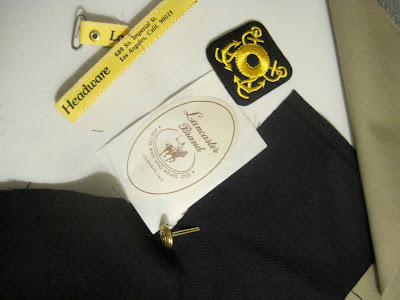 The Blue and the black are very close in look. The white is an off white, and the kacki is the exact fabric that was used back in the day. I could not tell the difference in kacki until they were all side by side. And the texture on the correct one is just right. The hats are made with all the exact same material as before and so on. In other words. They have not changed anything. No shortcuts or new fancy machines. They are HAND MADE, and always have been. 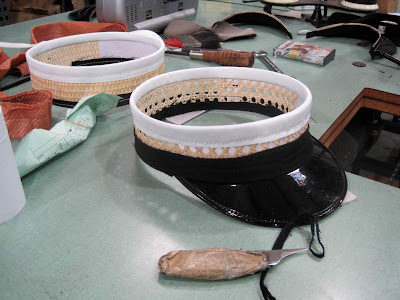 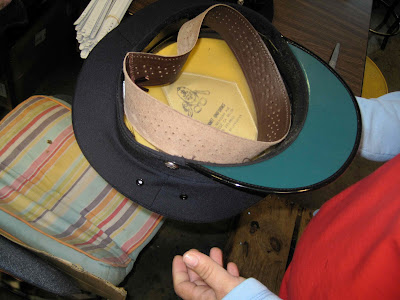 So it came time to leave, I was happy, had all my fabric picked out and had specked out the Woody Boater special thinking that this was the hat. UNTIL…. A worker appeared from the back with the hat of hats. He had dug in out of a storage area. The demand for these hats as you might guess is not like it used to be…. Anyway, there it was. 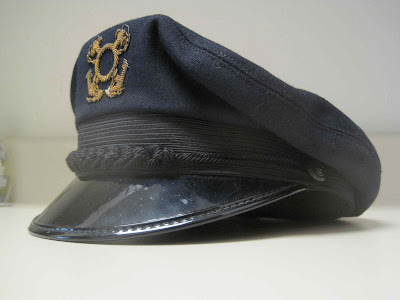 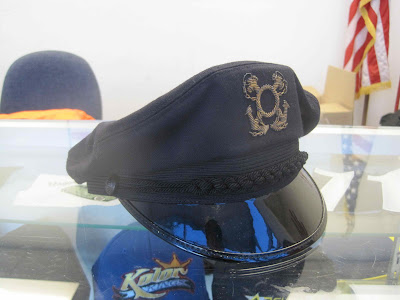 The sky lit up, the angles started to sing, and I realized that I might be there a tad longer. Ernest the orig owners son got on the phone with his dad, who was the guy back in the day, and indeed this was “The HAT” The architype of all Yacht Caps. It was just like the one we got on eBay only MUCH nicer in the details. So. Here we are. Rethinking and tweaking what we planned. One, it’s dark blue, not black, The buttons are black, not brass like on ours, and the patch on the front is a gold braid, not fabric. What is also cool is that the design is more detailed and a black area is in the center of the life ring to put in a the button from your yacht club. WHAT? How have I missed that? You get the pin from your yacht club and it goes into the ring! 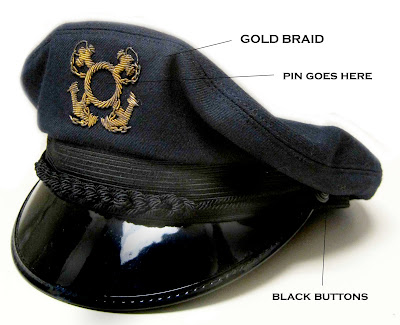 This is the hat we are making. Not the patch. Black button as in the 1940’s one above. It will be in Blue. The image below makes the bill look larger. Its in the photo. The bill looks more like the one above. Also the tightness of the new one below is because its tight and new. The one above is after being worn. 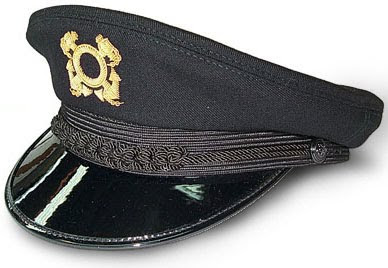 Below is a sample of the gold braiding. 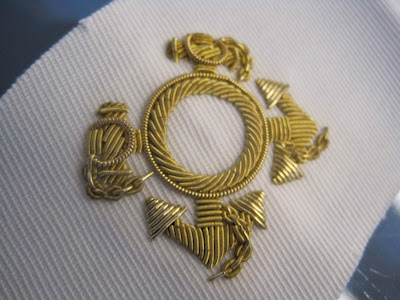 We are now making Pins by the way. SO. That’s that. These hats will be a limited run this time around. I need to score 12, we are just shy by a small amount, but real close. I would by 12 and send them out, but they need to be made by your hat size. These Hats retail for $250.00 but Woody Boater as promised is doing them for $135.00 on this run, because we are ordering them in quantity. So they all need to be the same. SO. We are a go. I have gotten some of your emails . But need hat sizes with your emails to get started. I want 2 is not enough. Sorry. I am creating a deadline of next Monday. 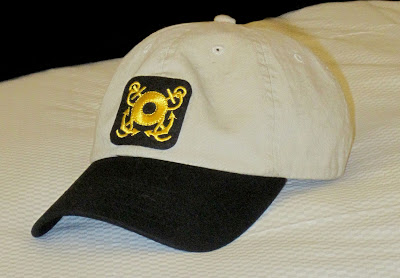 We are also in the works now for a baseball cap Yacht cap, as seen here. Using the NOS patches, so you can have a little old with a new look. I will let you know as those get done and will be at Mt Dora for sale for around $20.00.

How to measure your head? Take a tape ruler and rap it around your head. Just like you would like to wear your hat. On the back of your head there is a bump. Measure to that. I have the tapes that convert to hat size. And will try and help. Look on line for other ways to convert. Thats it from LA for now.

16 Responses to “Everthing You Wanted To Know About Vintage Classic Boaters Hats. But Did Not Want To Go To California To Know More!”