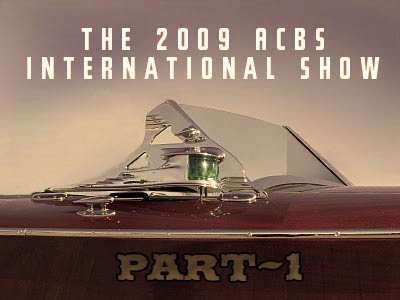 Fellow Woody Boater’s Paul & Karen Harrison attended the 2009 ACBS International Boat Show in Gravenhurst, Ontario last September and brought back some great photo’s to share with us. We hope this will help get everyone through the winter doldrums.
Here’s the story in Paul & Karen’s words…….. Texx

Friday was a cool, crisp but beautiful early fall day, as boats began to arrive and make their way to their assigned dock space. The Canadian boats occupied one large dock and the American boats mostly filled the adjacent docks. 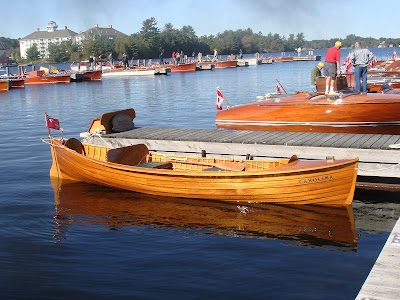 This is a reproduction Disappearing Propeller boat, otherwise known as a Dispro or just a “Dippy.” Made in considerable numbers from the mid-teens all the way through until 1958 (by several manufacturers), these boats are highly sought after and enjoy a passionate cult-like following. In almost every fantastic boathouse we saw (see boathouse tour story), each replete with multiple Minett’s, Ditchburn’s, Greavette’s, etc we would almost ALWAYS find a “Dippy” as part of the collection. This particular boat (as shown above) was built in 2007 and is planked from a recovered cypress log. Power is supplied by the hot rod of the available Dispro engines, the 6 HP twin. 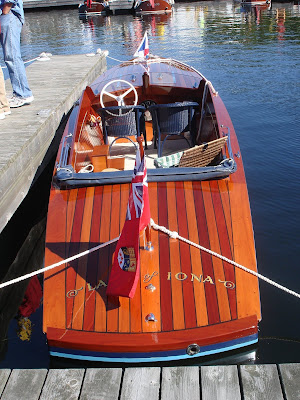 An English made 1961 25′ Andrews Slipper Launch, quite a contrast to the other boats shown. 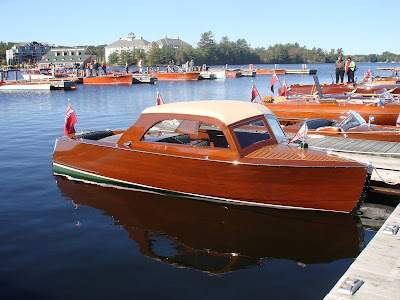 We spotted a very rare 1950 Greavette 20′ Sedan, the restoration of which was literally completed the night before the show. This boat won the ACBS award for the Best Restored Classic Utility at the show. 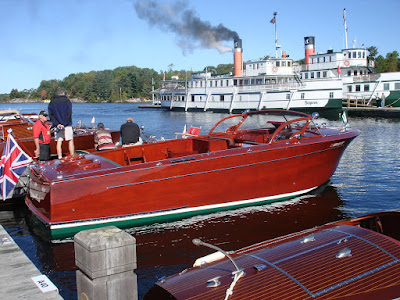 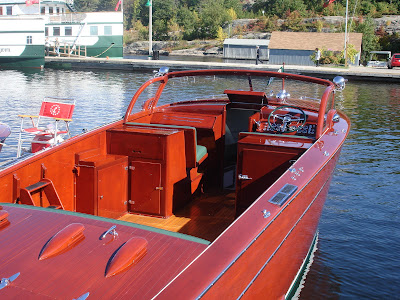 “Miss Canada V” a 1954 22′ Greavette Streamliner (below), was originally built with a sedan top, one of only two such examples built. She remains in the family of her original owner, and the top was removed in the 1970’s by Greavette. The boat was featured in Bob Speltz’s “The Real Runabouts” series, at a time when the sedan top was still in place. 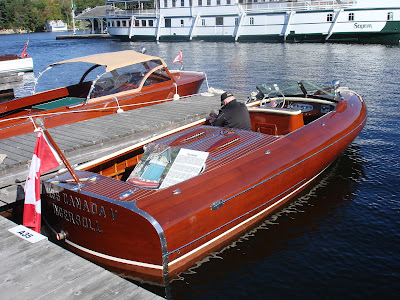 The following three photos are of “Chimo” a 1929 34’6″ Minett-Shields launch, one of only two remaining. Originally powered by a Hall-Scott LM 6, it is now powered by a Chrysler 440, and it is in very regular use throughout the boating season in Ontario. We were lucky enough to have a long ride along most of the length of Muskoka Lake during the show, and it was the most memorable boating experience we have had. 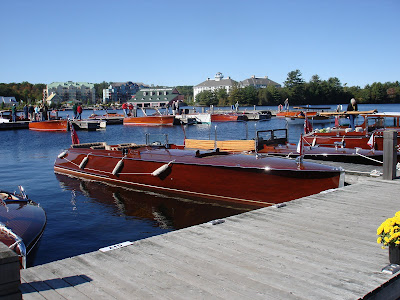 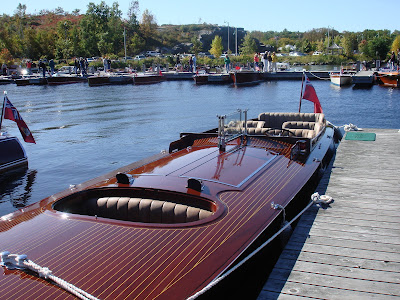 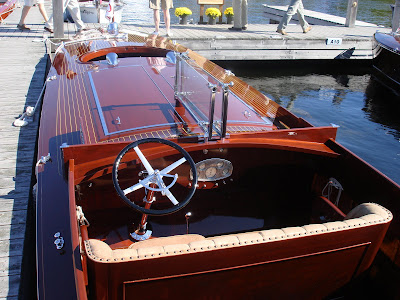 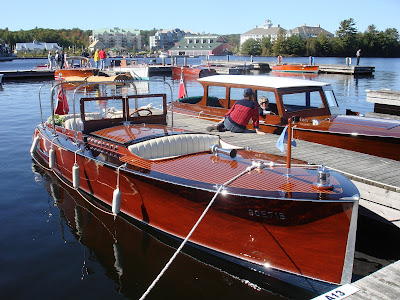 A 1967 Riva Ariston from Texas named “Bonest.” Great name for a boat. 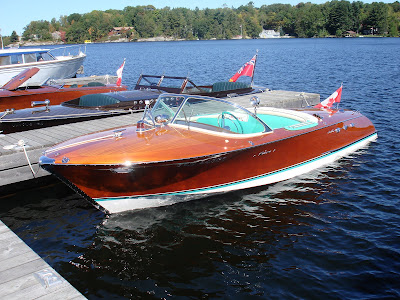 The last five photo’s are of a boat displayed on land, featuring a 1935 Greavette 23′ Triple Cockpit Runabout, designed by John Hacker. Research completed immediately after the show indicate that a total of nine of these were built, with only two remaining and this being the only restored example. The Vic II was rescued from a forest and then languished a further 20 years prior to restoration being undertaken. 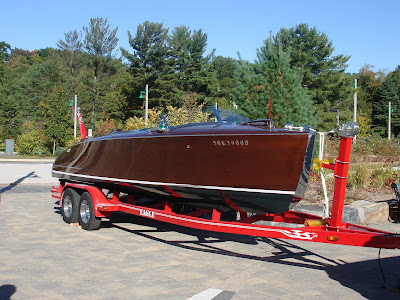 The boat had been gutted and reconfigured as a utility, and with no plans or hardware remaining, it had to be reconstructed from memory and scarce photographs. Hardware had to be designed and cast, yet the project was very near completion when these photographs were taken. It is a stunning design, and it captured the attention of many show attendees. 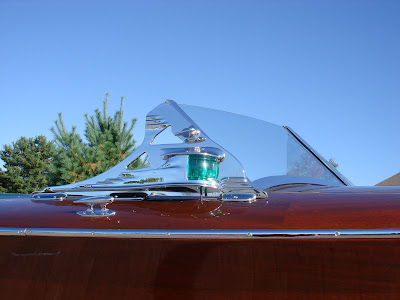 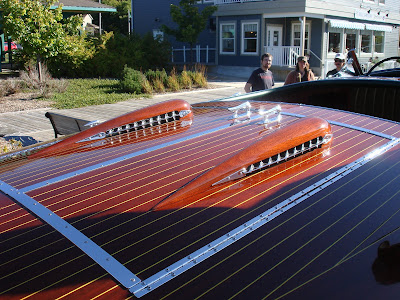 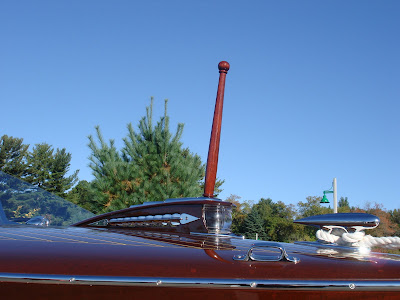 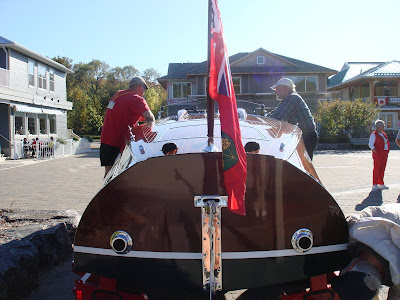 Stay tuned for Part 2 of the 2009 ACBS International Boat Show from Gravenhurst, Ontario.