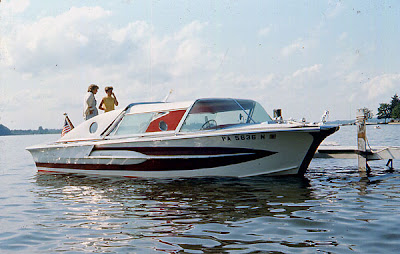 In the world of Antique & Classic Boating, the name “Coronado” represents the dramatic new approach to runabout design that designer Richard Arbib and Century brought the market in late 1954 for the 1955 season. Incorporating modern overhead-valve V-8 engines capable of propelling the new Coronado’s to top speeds of 55 MPH was a hit with performance hungry consumers at the time. 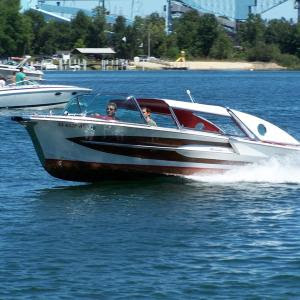 In the book Classic Century Powerboats by Paul, Frank & Trudi Miklos, Arbib suggested a new approach: ignore the past and re-invent the speedboat; introduce fashion and timeliness to boat styling. Painted hull schemes and bold contrast were foremost. While Century could easily have kept the Resorter name, the new name was as important as the boat itself. Considering Century’s aspiration to be the “Cadillac of Boats” the phonetic similarity between Coronado and Eldorado was more than a coincidence. 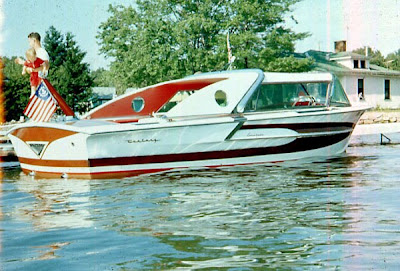 Inside, the automotive detailing prevailed with bright colors and textures configured in new ways. The dashboard was the jewel of the interior. 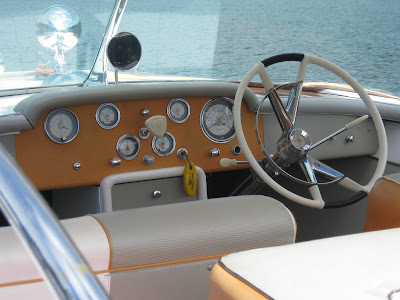 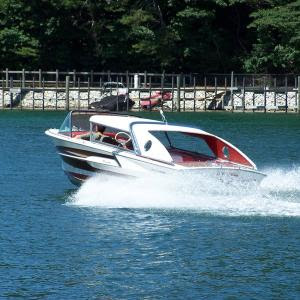 Arbib’s creative artistic genius and Century’s willingness to push forward culminated in the 1959 Coronado. From the air-intake nose vent to the shapely fiberglass appliques and chrome-crowned sliding hardtop option, it exuded excess. 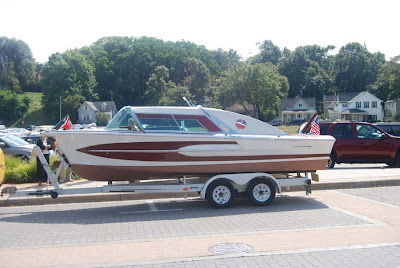 By 1959, this daring and progressive boat company from Michigan had faced off against the industry giant Chris-Craft and had won the top of the line speedboat market handily…… and the 1959 Coronado became the flagship of the 1959 fleet. 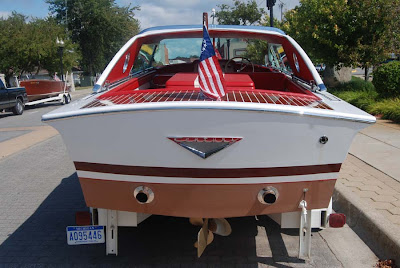 The 1959 Coronado was a completely new boat, inside and out. A gleaming, predominantly white hull, dynamic sculpted fiberglass side appliques, and a magnificent retractable hardtop set this boat apart. The inside of the 1959 Coronado was also completely redesigned. The upholstery was changed to a bright Lipstick Red with an intricately textured white called “Flagstone.” 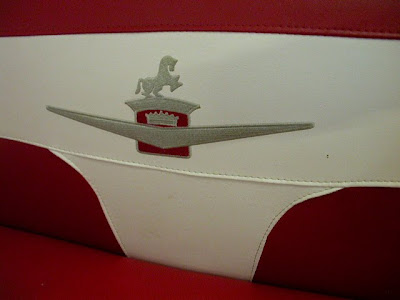 The 1959 Coronado offered the newest and most magnificent marine powerplants available. The popular 225 Fireball was joined by a new 352 ci, 240 HP Interceptor. Two new 250 ci Fireballs came in at 135 and 170 HP. Top performers continued to be Chrysler’s 275 HP Imperial Hemi and a new, even more impressive Crusader rated at a big 325 HP.

Price ranged considerably for the 1959 Coronado, depending on power and options. A low price of $6,065 covered the 135 Fireball, while the 275 Chrysler Hemi listed at $7,595.00. A fully equipped 1959 Coronado with hard top top and all accessories easily topped $9,000.00 – before shipping, taxes, and additional dealer charges! HooChee MaMa !! 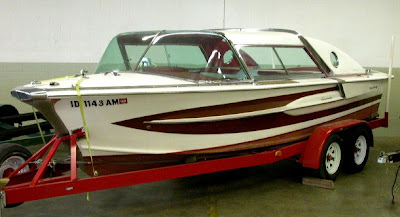 Here’s a copy of an original advertisement found in a copy of a June 1961 Yachting magazine. It highlights the even more futuristic 1961 Century Coronado 21′, with it’s jet-stream paint scheme and detachable, hinged gull-wing panels with no side windows. Century boat catalogs from the 1950’s have a reputation for being some of the most beautiful printed promotional materials to come out of the world of boating. A fellow named Jack Brouwer, of Grand Rapids, Michigan was largely responsible for creating them. This wonderful story was told by Denis Hartnett in the Spring 2009 Edition of the ACBS Rudder magazine. 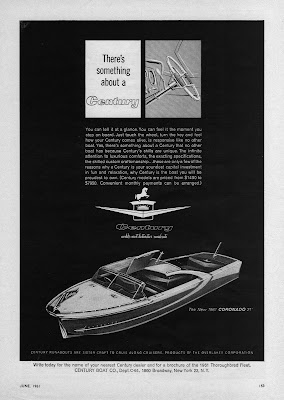 Here are two great examples of classic Century Coronados that I ran across in 2009. This is an original preserved 1955 20′ Coronado named “Sentimental Journey”and is owned by Dick & Kristin Winn. Dick is currently a Director – Treasurer for the ACBS. The ’55 Coronado sports original Chrysler Hemi power. A 196 Coronado’s were produced in 1955 and of those, 117 had the optional Landau Top. 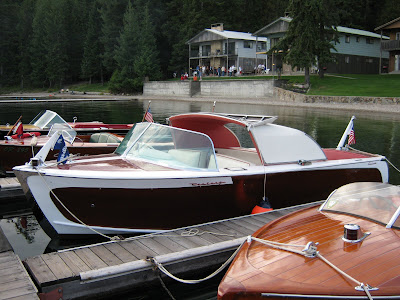 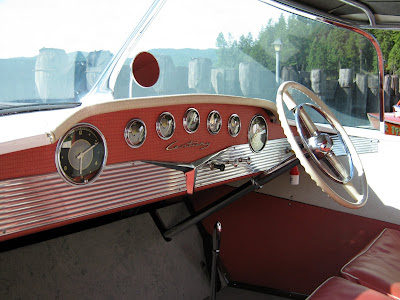 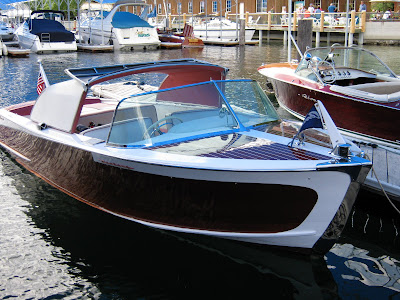 “Rob Your Dough 4” is a beautiful 1958 Century Coronado 21′ owned by Tom Robideaux, from Sandpoint, Idaho. Based on sales figures, the 1957 & 1958 Coronado was Century’s best selling design of all time. The design of the 1958 model was a sharp contrast to the newly designed, almost radical 1959 Coronado. 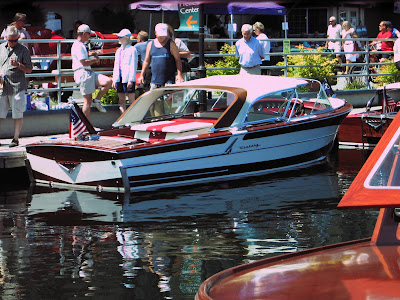 10 Responses to “Century Coronado – "The Cadillac of Boats"”