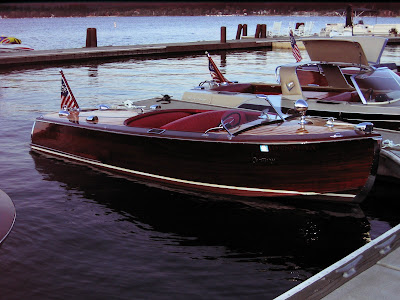 The 2009 Payette Lakes Antique and Classic Wooden Boat Show, presented by the Payette Lakes Chapter of the ACBS at the Shore Lodge, in McCall, Idaho home of McCall Boat Works was a great success. For Century boat lovers, there was a wide range of styles and vintages on hand for the event, over 14 in fact. Two beautiful examples of classic Century design representing two different eras were “Uncle Fester” a 1952 Century Sea Maid 18′ and “007” a 1966 Century Sabre. 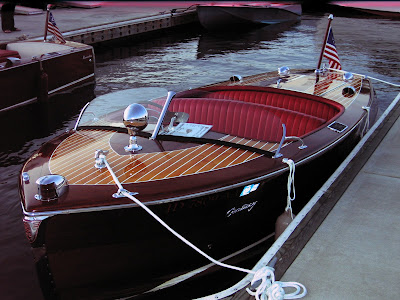 “Uncle Fester” (What a great name for a wooden boat) is owned by Tom & Robin Barton. 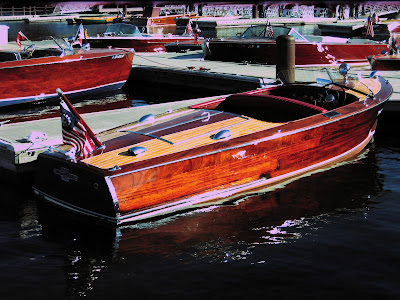 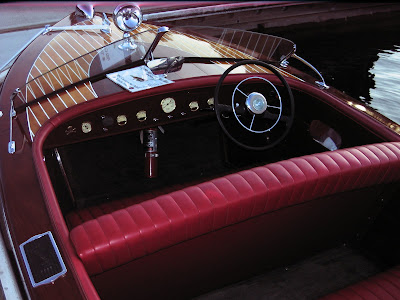 The Century Sabre was another of Richard Arbib’s designs, which was first introduced in 1961. After a re-design in 1963 to crisper, sharper lines, the Sabre was further updated. It was given richer platinum hues and red upholstery in 1965, which carried through to 1967.

“007” is a 1966 version and sports those Gull Wing roof panels which were popular then. 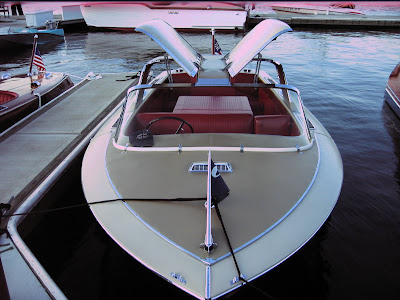 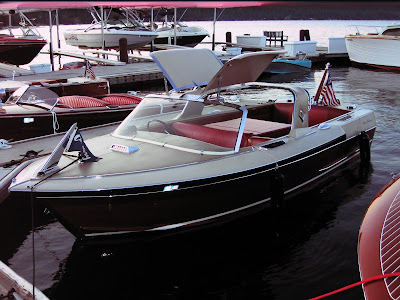 This Century Sabre is owned by Jim Grant and Kathy Hartley. 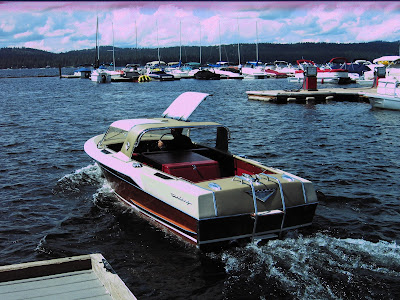 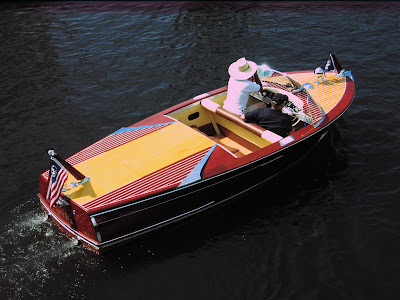