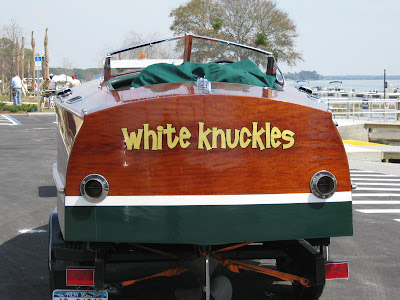 Although the Sunnyland Antique Boat Festival doesn’t officially start until Friday, here’s a Sneak-a-Peek from the show. Right now it’s a beehive of activity preparing for the show, launching boats, organizing the vendor’s for the flea market, etc. 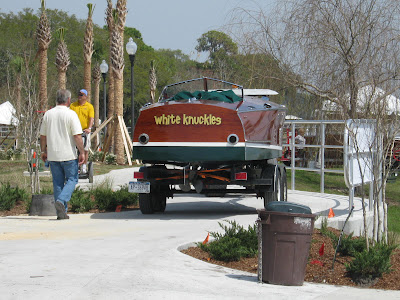 According to the Show Chairman Terry Fiest, a 151 boats are currently registered for the water display, 60 boats for the land display and approximately 60 boats for the field of dreams sales area. 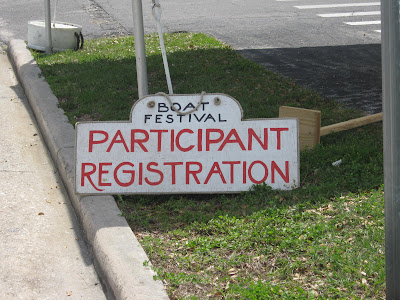 The volunteer’s are checking in and preparing for a busy weekend. 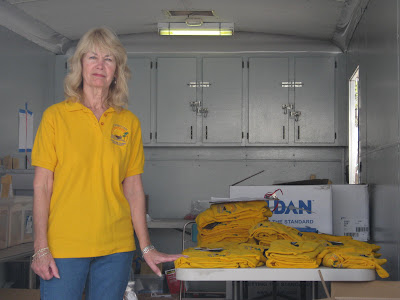 The show is organized / hosted by the Sunnyland ACBS Chapter, and as usual Show Chairman Terry Feist has everything running like a Swiss watch. They are even thinking about what the Guinness Book of World Records is for the most wooden boats assembled in a lake…. Anyone know? 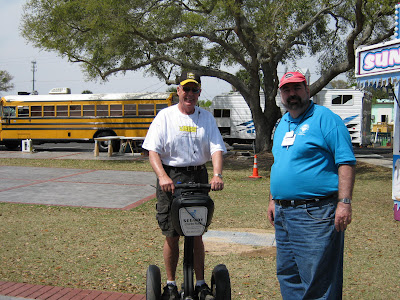 “Boat Launching 101” is under way at the wharf, and the volunteers are being trained how to safely launch the 150 classics for the water display. Kind of like Valet Service for your antique boat. 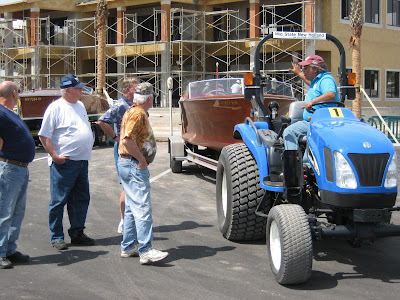 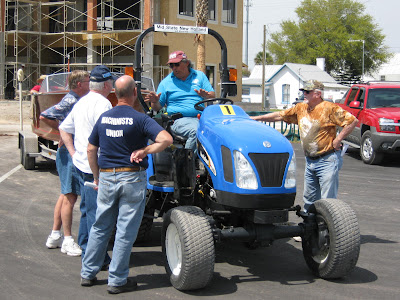 The most important part is to not drag the boats across the concrete ramp if possible! 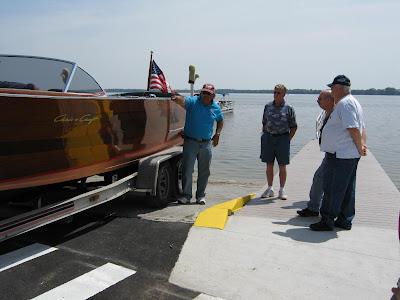 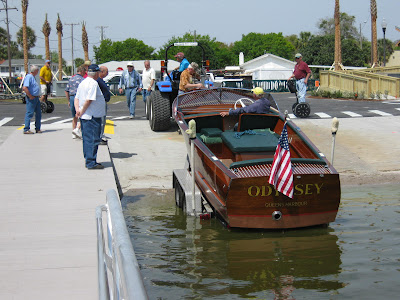 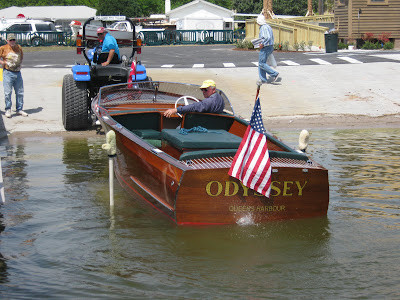 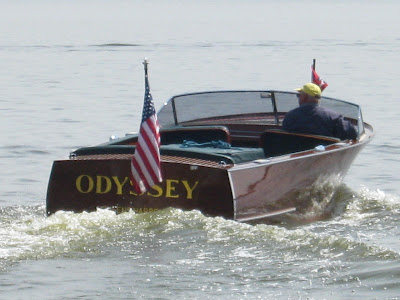 The flea market vendor’s are also getting set up and ready to sell their stuff. 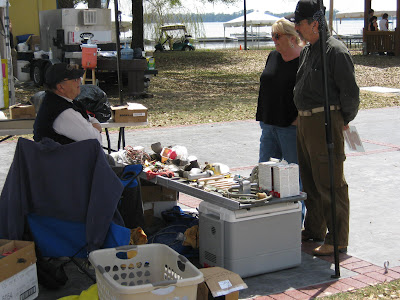 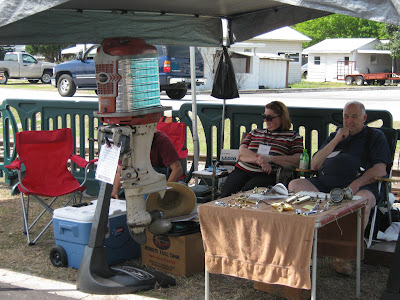 Hey Matt, Chicken-on-a-Stick is back again this year. Yummy…. 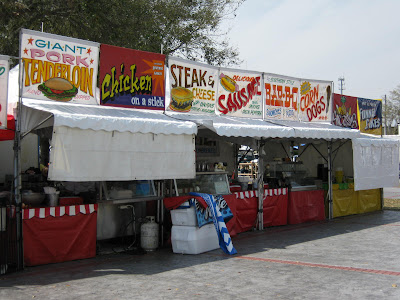 The boat guys are doing the final test and tune, getting those carbs just right. 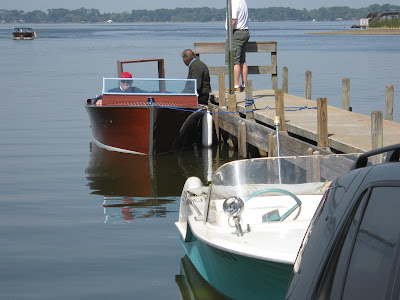 And the first water test on the Lake n’ Sea was a success. More later…… 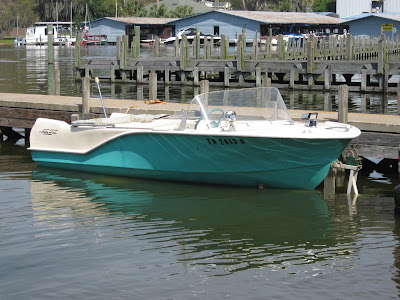