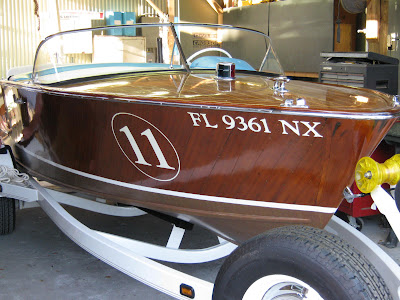 During this year’s Sunnyland Antique Boat Festival at Lake Dora, we were invited to attend an open house at Rejuvenation Woodworks in nearby Lake Eustis, Florida. Richard and Kathy Arnold put on a great spread in their fabulous 100 year old work shop, which featured live music, great BBQ food and your choice of beverages. After lunch we just had to investigate further and have a look around the yard to see more boats and stuff. 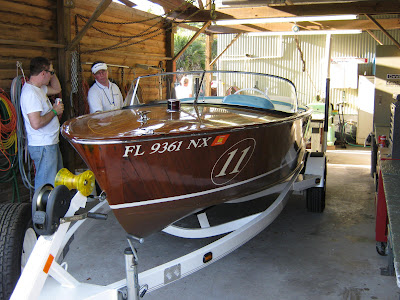 That’s where I met my new friend, Hardy Bassington and was introduced to his recently restored 1957 Liuzzi Lido Runabout. This folks – is what makes going to antique and classic boat shows so much fun! My first question to Hardy was, what the heck is a Liuzzi? He smiled and explained that it was designed and built in France by Frantz Liuzzi. Mr. Liuzzi began building canoes in Neuilly-Sur-Seine on the outskirts of Paris in 1937, and after WWII became one of the most prolific constructors of the post-war period in France, and had a reputation for designing and building high performance wooden boats. 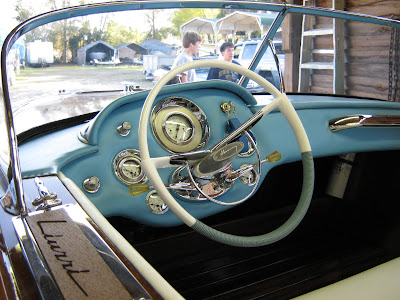 This actual Liuzzi Lido, one of only five surviving Lido’s known to exist, was originally owned and raced by Roger Brunet. Carrying his famous Number 11, Roger won the prestigious Paris 6 Hour Endurance Race aboard “Sois Sage II” to take the Class II European Championship in 1957. The phrase Sois Sage (pronounced swa-sauge) in French means “Be Good” or “Be Wise.” 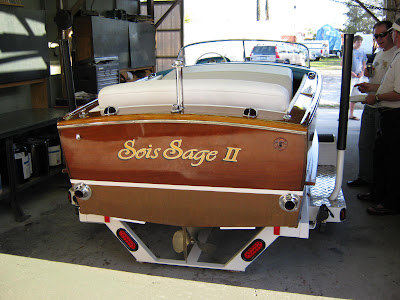 Liuzzi speedboats of the period were originally fitted with BPM engines, which were designed by former Ferrari engineers Botta and Puricelli. With power outputs from 125 to 250 HP available, even standard production Liuzzi-BPM’s were capable of speeds as high as 60 MPH. 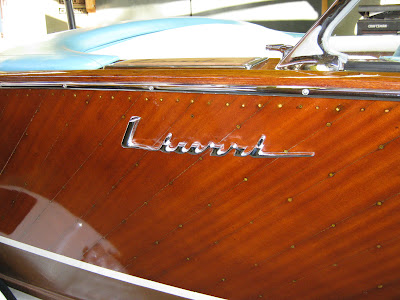 After being retired from competition, “Sois Sage II” was put out to pasture and used as a recreational ski boat prior to a long spell of storage, until being discovered in a barn 1975. The 17’6″ classic was later restored in Europe and the original BPM power was replaced with a newer 260 HP Chrysler 289 V-8 and a Velvet-Drive transmission.

Hardy Bassington, a classic car collector and importer, purchased “Sois Sage II” 4 years ago, to use in the south of France, where they lived at the time. After sitting in their garage (in France) for a year, when Hardy and David Gluckstein (Hardy’s partner) decided to relocate from France to south Florida, and the Liuzzi was also relocated to her new home on Florida’s Intercoastal Waterway. That’s when they met Richard and Kathy Arnold from from Rejuvenation Woodworks and commissioned them to restore the boat. 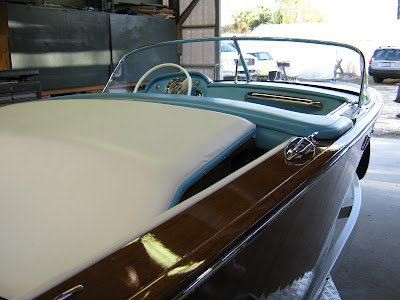 In 1957, the Aux 6 Heures de Paris (Paris 6 Hour Endurance Race), which was held on the Seine River in Paris, was the largest national boat race in the country. Here are some images of the historic race and of Frantz Liuzzi’s history which was provided by Cercle du Motonautisme Classic a French historical boating site. 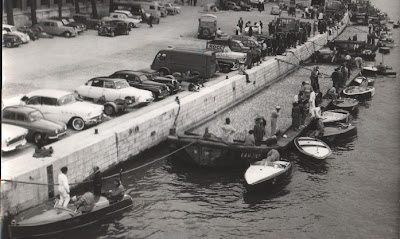 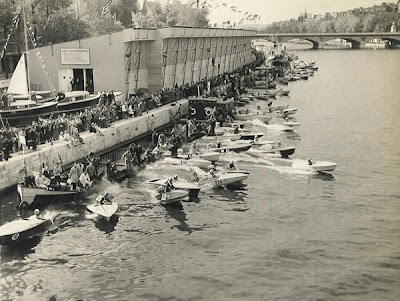 Roger Brunet with his mechanic aboard “Sois Sage II” racing along the Seine River (circa 1957) and celebrating their victory & Class II European Championship. 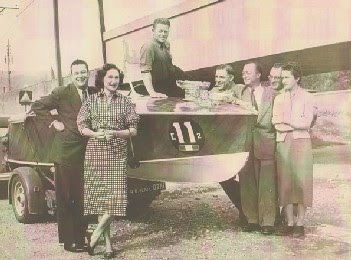 While researching Frantz Liuzzi and his boat designs for the story, I was amazed to learn just how influential Liuzzi was in Europe at the time. From the images, you can easily see how his boat designs also emulated the radical automotive designs of the late 1950’s and early 1960’s, as well as the blond deck styling commonly associated with American and Canadian designs from the same period. 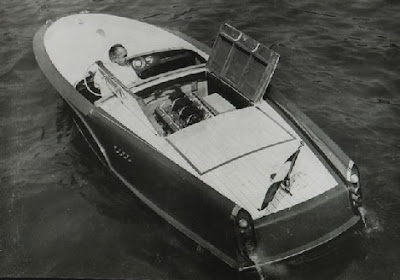 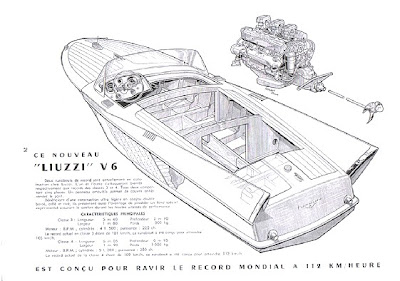 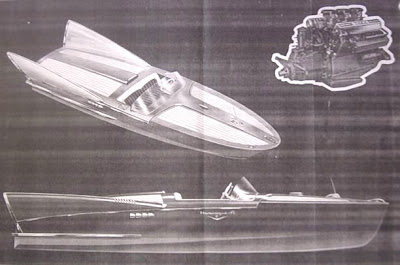 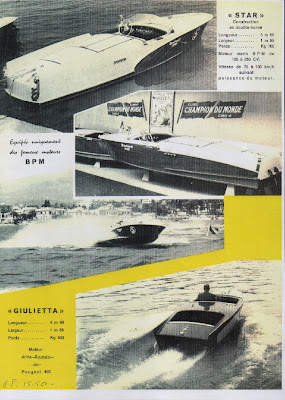 Another later color photo of Roger Brunet aboard “Sois Sage II” without his race mechanic. 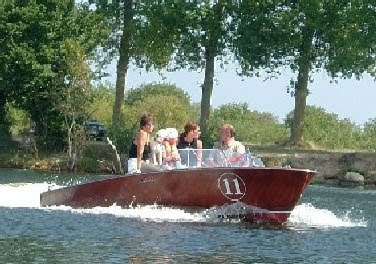 Rejuvenation Woodworks recently completed the restoration on the rare Liuzzi Lido for Hardy and David, here’s what Richard Arnold had to say about the project…..
When I accepted the commission to restore the one of a kind boat for Hardy and David, it was made very clear that the original colors and vintage distinguishing marks of age would need to be preserved. The unique diagonal double planking was a first in wooden runabouts for me. I have seen a few canoes built in this manner and although rare seemed sound and tight. Originally she carried a mechanic during races and rear seating was nonexistent. The owner’s wanted me to design comfortable seating that would fit with the front and that required a new fuel tank configuration. I used as much of the original wood where it was to be seen as possible. Several coats of varnish were applied to build on original patina and then carefully hand sanded between coats. All of the custom hardware was re-plated and the windscreen, delivered opaque, was restored to clear original condition.

It was great fun for us, this was their first boat project, although they were both well versed in unique and rare auto collecting, so they were active in the process and visited the shop to watch the progress. 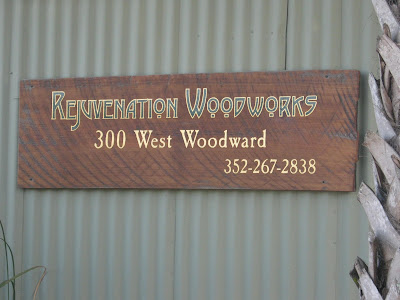