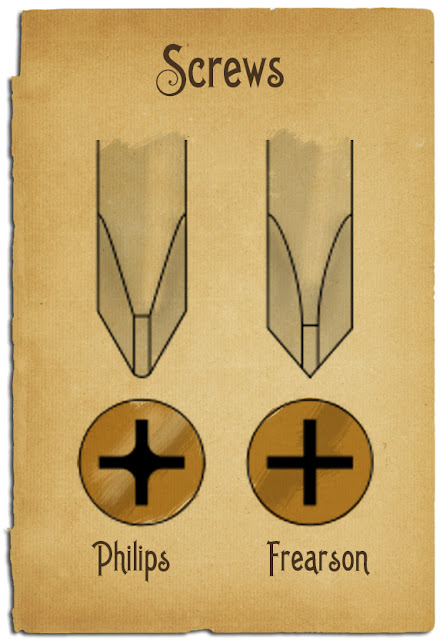 A while back a Woody-watcher took another to task for saying Chris-Craft were held together by “Reed & Prince” screws…… not “Phillips-head” screws as alleged.

Actually they were “Frearson-head” made by Reed and Prince (then in Worcester MA, now in Leomister, MA. My friend Alton Reed, CEO of R&P decided not to utilize the name Frearson and lamented the fact that he couldn’t get people to stop calling them Phillips.

Frearson’s claim to fame was that the screw’s 75 degree recess descended to infinity, thus opening the door to the phrase”one (bit) size fits all screws.”

I can say with impunity that Gar Wood, up the road 18 miles in their new Marysville boat factory, also used R&P Frearson for, when they stopped production, I bought their large stock of screws to use in our Algonac, and other factories.

The “one size fits all” was later a factor in our kit boat program for we got away with supplying one number 710 R & P “hand-operated” wooden-handled screw-driver – to go with screw kits that varied with boat size. We did that with a straight face, realizing that our friends at Black and Decker would later do us a good turn, so to speak.

When a Chris-Craft technician (actually as they just “worked” there they called themselves “workers”) was screwing a hull planks to a frames with 400-500 2-1/2 inch number 12 flat head bronze screw with an electric driver, he used a much larger bit than did a guy in the trim department attaching chrome-plated hinges on a dish-locker with a 1-1/4 inch X 8 chrome-plated FHB brass screws – with a #710 hand-driver, or, in the case or our northern factories, with what was known as a “Yankee” screw-driver. I do not know what they were called at our factories in Salisbury, MD, or Chattanooga, TN.