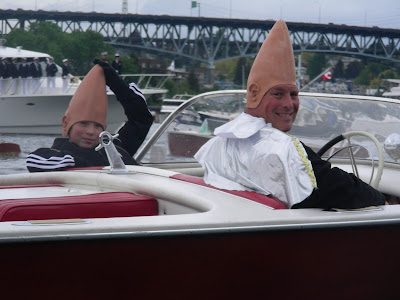 “According to the 1964 reminiscences of a Seattle Yacht Club member, the first Opening Day took place in early May 1913. He recalled a parade and a regatta in Elliott Bay.”

“The first Opening Day parade through the Montlake Cut was in 1920 after the Seattle Yacht Club moved to its new (and present) facilities in Portage Bay. Spectators lined both sides of the Cut to view the 25 or 30 boats as they paraded by, flying their dress flags. The boats finished the celebration with a regatta in Lake Washington sponsored by the Queen City Yacht Club.
The Opening Day Parade and Regatta became a spring tradition, which survived the war years. Opening Day 1946, was the biggest and most festive ever. It included members of every yacht club in Puget Sound and the Royal Vancouver and the Royal Victoria Yacht Clubs from British Columbia, Canada.”

“A theme was first used for the 1959 Opening Day, “Hell’s a Poppin”, and, since then, participants have decorated their boats around a theme. Prizes are awarded to the best-decorated and best-dressed boats in several categories.”

The Pacific Northwest ACBS Chapter has participated in this unique event for quite some time. The theme this year was “Out of This World” and we chose to all wear Conehead costumes. We had 14 boats in our group this year and ended up winning first prize in our category. Mainly, it is just an excuse to go Woody Boating!! Waaaahooo! 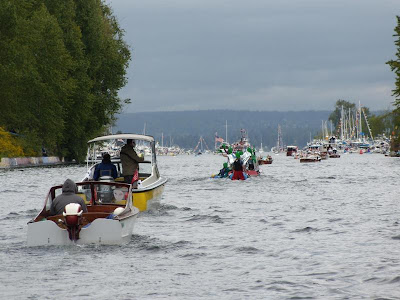 The shear number of boats lining the parade route is overwhelming. The PNW ACBS makes a weekend out of it with a dinner and boat rides on Friday evening, the parade on Saturday, and a great lunch after the parade at the UW crewhouse. 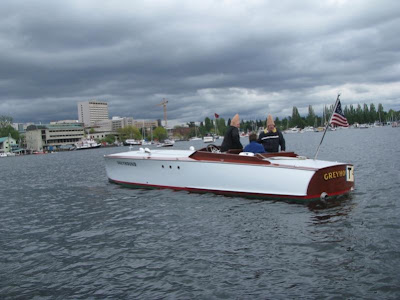 That appears to be Alan Thomle’s Rolls Royce powered 33′ Yandt Craft “Grey Hound”, with a couple of Coneheads aboard. I hope the Coneheads are not trying to commandeer the boat – Texx 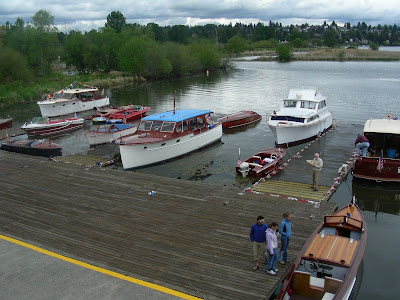 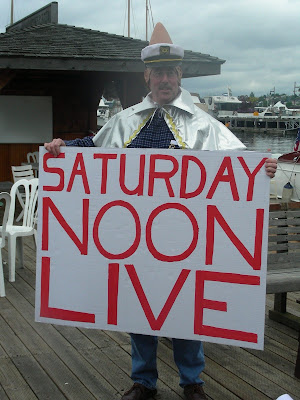 Pacific Northwest ACBS Chapter President Dick Dow was on hand with his group of Motley Coneheads. Check out the modified Captain’s hat! 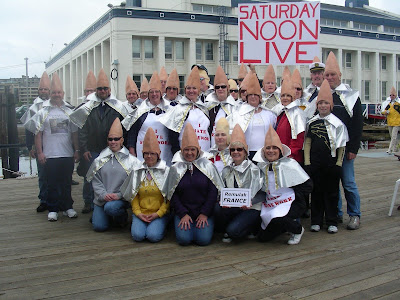 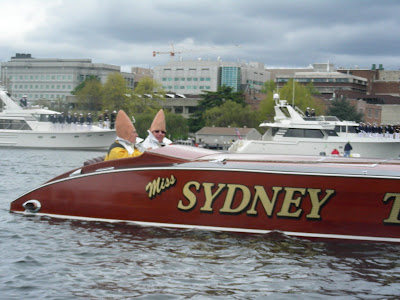