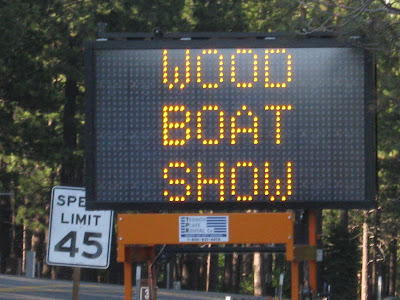 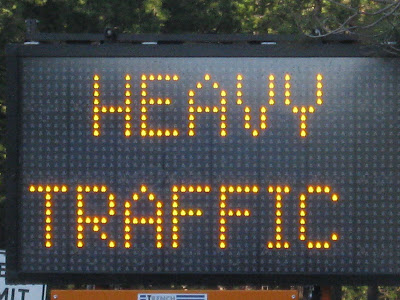 The 2010 Lake Tahoe Concours d’ Elegance is officially under way, the weather was great and the crowds came out for VIP Friday at Sierra Boat Company. 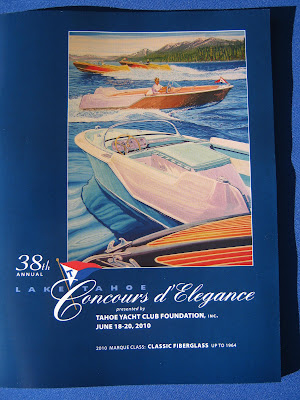 The 2010 Marque Class is “Classic Fiberglass Boats up to 1964” and somw great classics were in attendence. Here’s a fabulous 1955 20′ Dan Arena Company Sportster which is owned by Dan & Casey Arena, from San Rafael, California. 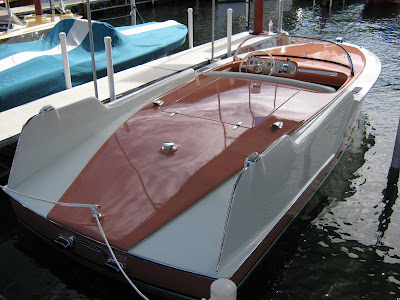 This boat is the only known survivor of seven built to compete with the Chris-Craft Cobra in a proposed Gentleman’s Racing Sport Runabout class. Hull #3 made it’s debut in February 1955 at the Chicago Boat Show and is powered by a 175 hp V-8 Dearborn Interceptor Ford “Y” Block. 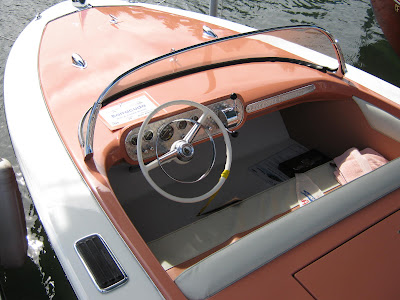 As always, there is an amazing variety of Antique & Classic Boats on display at this year’s show. 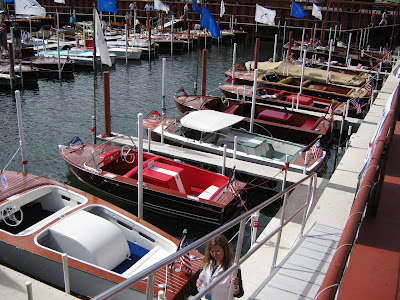 Always a nice group of Chris-Craft Blonds showing off their equipment – great sterns…. 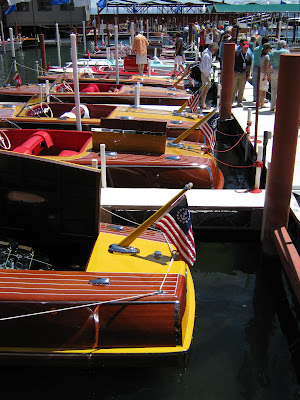 The judging teams, under the leadership of Chief Judge Terry Fiest, were out in full force doing what they know best. It’s all about the details. Here they are going through “Hornet” a 2009 12′ Triano Marine Design Racing Runabout owned by 9 year old Andrew Triano, which is entered in the Youth Category this year. Good Luck Andrew, it looks great! 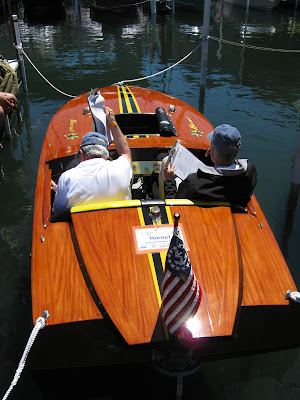 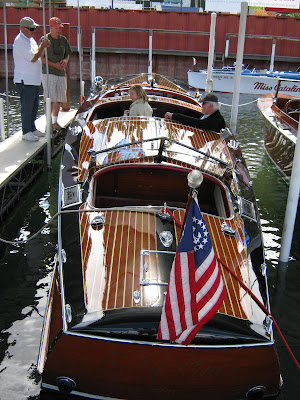 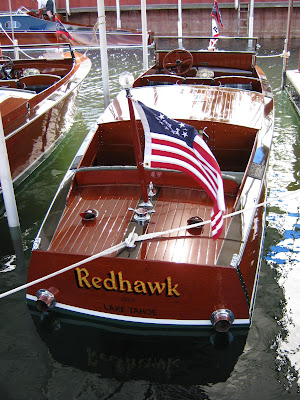 And while the Judges Judged, the folks streamed in to enjoy some live music and great food. Sorry Matt, no Chicken-on-a-Stick here, VIP Day was a “Shmancy” catered affair… 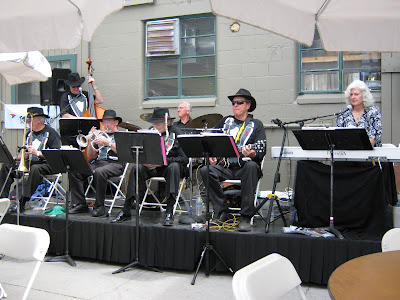 There’s something for everybody at Tahoe. We were introduced to this freshly restored 1953 16′ Paulsbo Utility owned and restored by John Allen, of Allen’s Marine Engines near Sacramento. 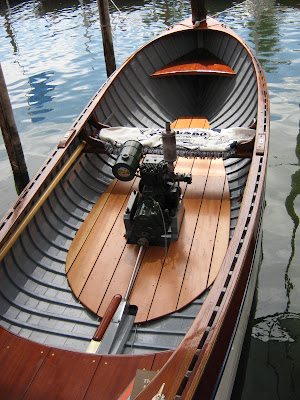 Paulsbo boats were manufactured in the Pacific Northwest and this one has a period correct air cooled single cylinder engine, commonly referred to as a Muskie. 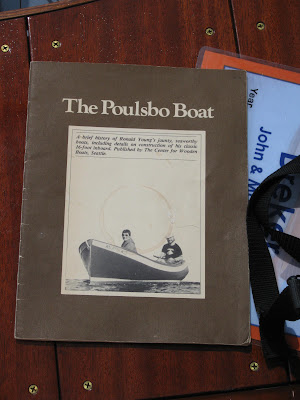 John Allen and his family named the boat “Drekkar” which translated in Norwegian means “Dragon Boat”, so they added some bling to the front of the boat to signify it’s name. You can’t make this stuff up folks! 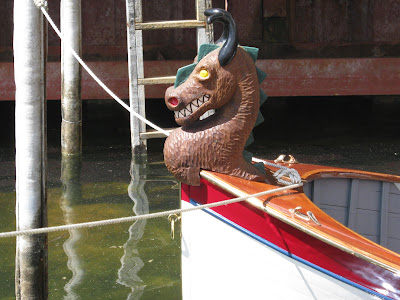 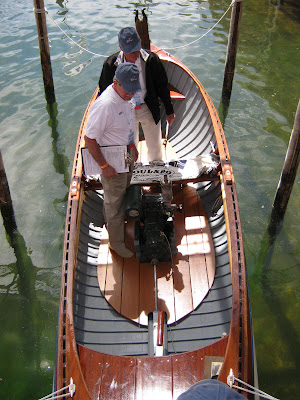 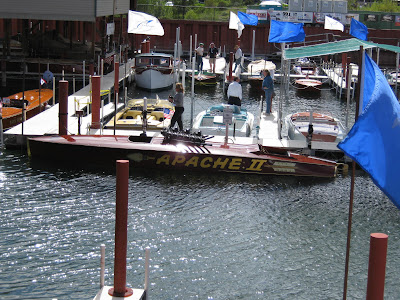 On Friday I had the opportunity to get to know Randy Mueller and learn about the history and major restoration of “Savin Grace” a 1955 14′ AristoCraft Torpedo. Later this summer we will stop by to visit Randy in Gig Harbor, Washington and do a full story for WoodyBoater about this great project. We will also get to see his next wooden boat restoration project, an unlimited hydro named “Miss Madison”, I can hardly wait! 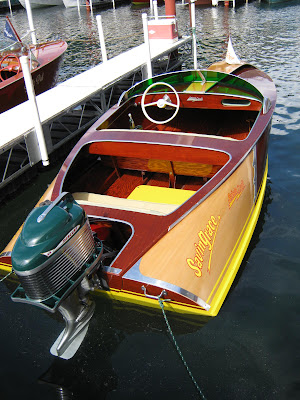 One of the classic Century’s on display this year is “Tinker Boat” a 1959 19′ Century Resorter. 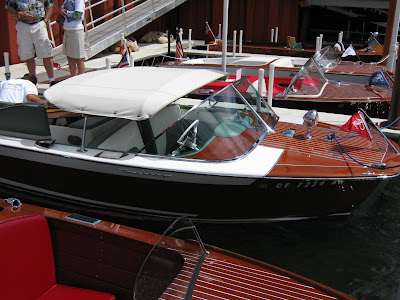 Stay tuned for more coverage from the Lake Tahoe Concours on Sunday morning, which will include an interview with Norm Walters, the owner of “Little Pal” a very original 1955 14′ Tollycraft Rumpas. This is a very cool boat….
Texx
You might like...
« « Previous Post         |         Next Post » »