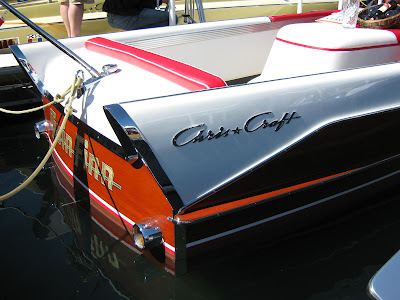 The 2010 Lake Tahoe Concours d’ Elegance is now in the record books. The weather was great throughout the weekend and attendance was great!

For the regular followers of WoodyBoater, you may recall that fellow Woody Boater’s Don & Molly Hardy from McCall Boatworks had two of their clients boats entered at this years Tahoe Concours. “Twin Finn” a 1959 21′ Chris-Craft Continental owned by James & Cyndi Atkinson of Tarzana, CA was awarded Second Place in Class 14A – Marque Class A Transitional Fiberglass. 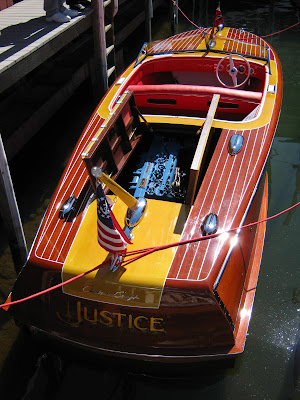 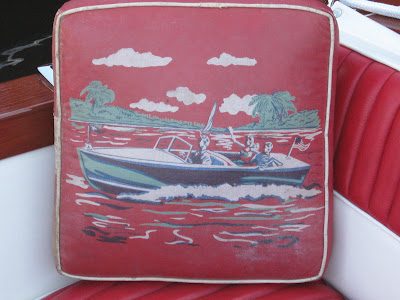 I would like to say a special thanks to David Olson, Tahoe Yacht Club Foundation President for making us feel right at home all weekend. David is a fellow Woody Boater, worked very hard all weekend to ensure that the show ran smoothly and always had a kind word to say. We shot this photo of David as he was cleaning one of his boats “Thunderchick” for the afternoon parade. “Thunderchick” is a 2003 36′ Stone Boat Yard Commuter. 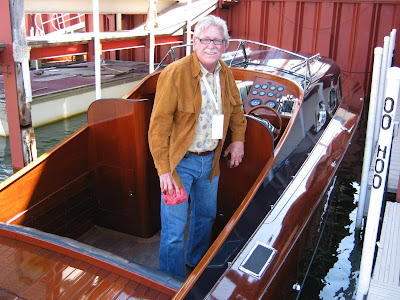 We also had some time to catch up with friends and have a few laughs together, after all that’s really what it’s all about. To the left is Larry & Jody McKay from Vintage Boatworks in Bakersfield, CA and to the right is Eric & Kimberley Tolkien from Reno, Nevada. Eric & Kimberley and I met in Mt. Dora during the Sunnyland ACBS Show last year and it was fun to once again get together and talk Wooden Boats. 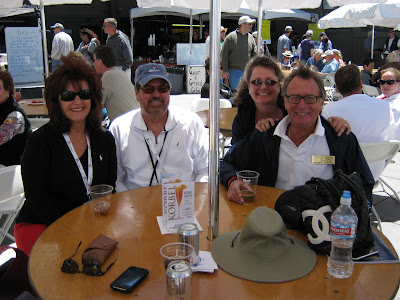 Brian Robinson, from the Chris-Craft Antique Boat Club and Ralph Wallen checking out an 18′ Chris-Craft Cobra. 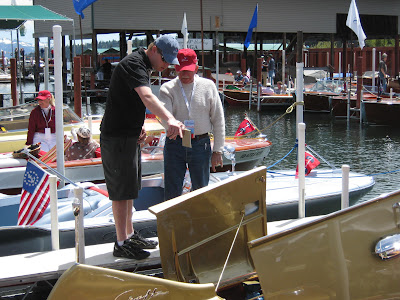 Then it came time for the much anticipated Annual Boat Parade out on Lake Tahoe. 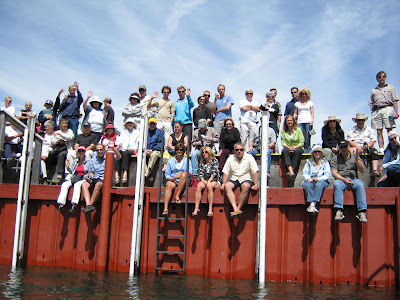 The crowds spectate from the docks and show their appreciation for the boats as they leave the Sierra Boat Company marina. This is becoming a very popular event for both the spectators and participants. 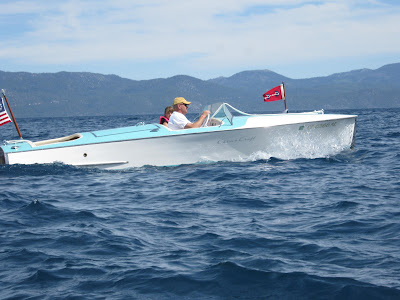 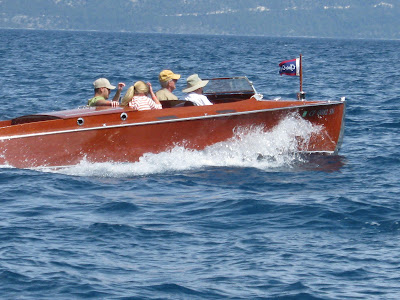 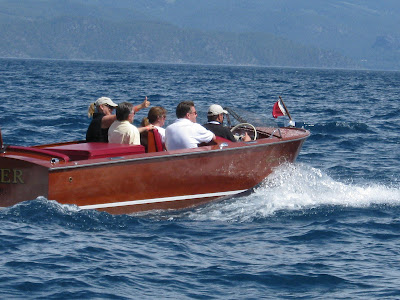 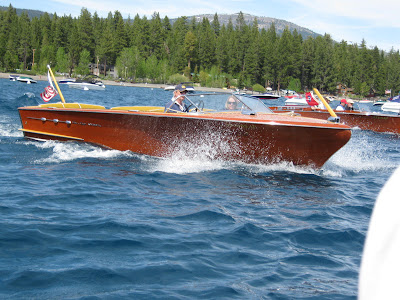 In the background, that’s “Miss Lucy” that received Overall Best of Show this year. 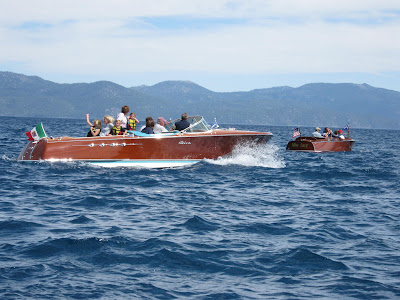 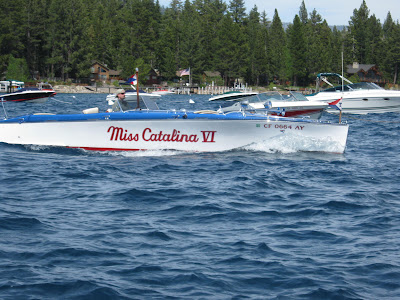 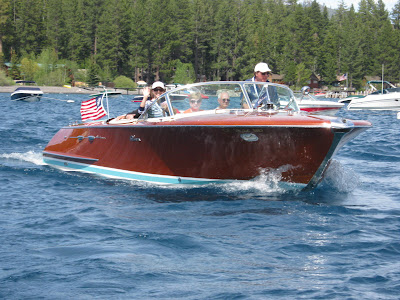 We ripped around Lake Tahoe for a while with Jim & Sharon West aboard their 1966 Century Fibersport 17, and then it was time to make our way down to the public launch to pull the boat out of the water. 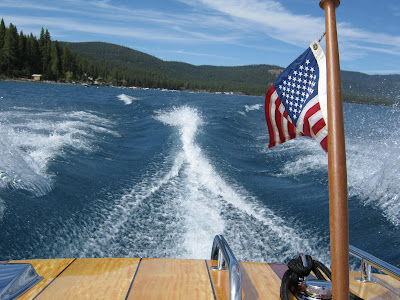 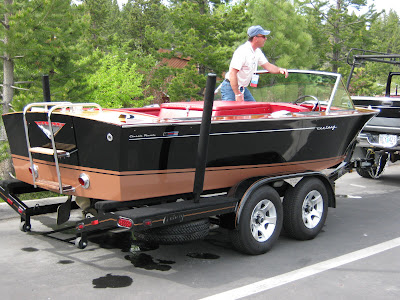