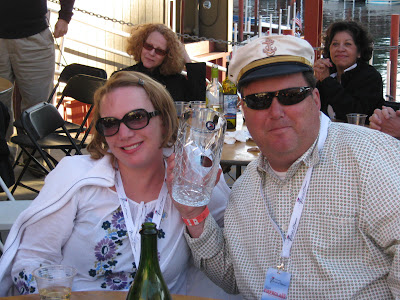 At the time, Norm and Marion owned a Tollycraft Holiday Cabin Cruiser, and they wanted to find an open runabout that would be more user friendly on the lakes and rivers in the local Sacramento area. According to Norm, the little Tollycraft Rumpas runabout had been sitting patiently in a barn in Petaluma for decades, just waiting for someone to come rescue her – and that “Someone” was Norm Walters. 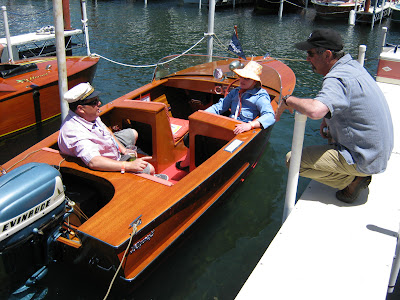 From what they could tell by the registation, the boat was last used in 1978. When they got the boat home they quickly realized that the wood was very dry and the varnish needed some attention from being in storage for almost 30 years (what’s new right). However what they also realized was that the boat was incredibly original, complete with all the original hard to find hardware, original coral upholstery (which Marion liked) and the original outboard motor. 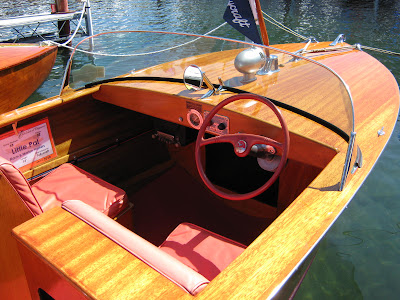 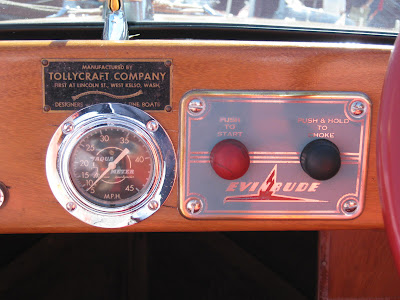 Norm, a do-it-yourself kind of guy, contacted wooden boat restoration expert Dana Phillips from Classic Marine in Sacramento to inquire about the wood restoration process and how to best proceed with the project. Dana Phillips immediate response was “The rare vintage siren that was on the boat was worth more than Norm paid for the entire boat, and that the best way to start was to buy a scraper and a heat gun, and remove the old varnish.”

Norm took Dana’s advice and spent the winter of 2007-08 in his unheated garage removing the old varnish from the boat with the heat gun and scraper – a big job. Norm commented that the heat gun helped keep the garage warm while they were working on the boat, and that the amount of beer he had to buy to entice his buddies to come over to help was rough on his restoration budget! But they eventually got it done.

Through a lot of trial and error, and working with sample boards Norm & Marion learned the different techniques to staining and varnishing, and worked tirelessly to restore “Little Pal” to her former glory, making every effort to respect the boats originality and patina along the way. 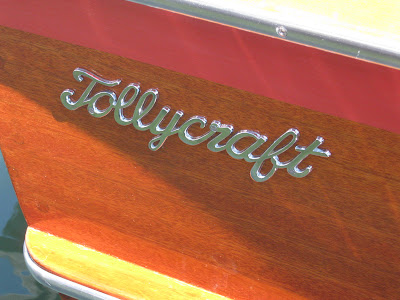 Tollycraft was founded in 1936 as a wooden boat builder by Robert Merland Tollefson (better known as Tolly). In 1962 the company switched to building their boats from fiberglass. Tollefson sold the company in 1987, and it was bankrupt by 1993. Although it attempted to resume operations, the company was dead by 1997.

Tollycraft (Manufactured in West Kelso, Washington State) was known to make high quality boats ideally suited to the waters of its home in the Pacific Northwest. (wikipedia.org) 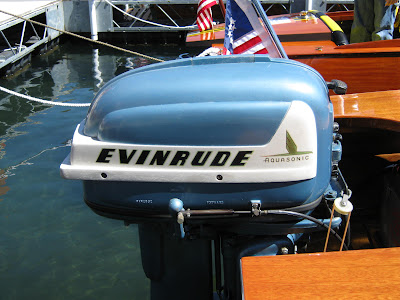 The all original 1955 25hp Evinrude Aquasonic “Big Twin 25” outboard that came with the boat, re-started without a problem after some basic maintenance. 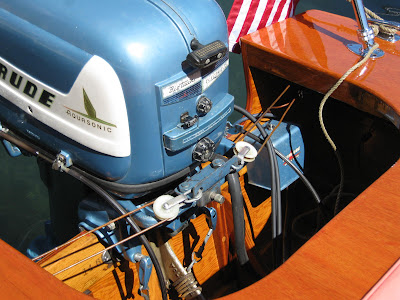 Note the small blue box mounted on the transom – that’s the original Evinrude solenoid switch. I was very impressed with the raw originality of the motor and components, and as we all know usually a boat this age is no longer in this condition. Norm removed the cover of the switch to reveal a perfect original sticker outlining how to connect the electrical wiring. Very cool stuff! 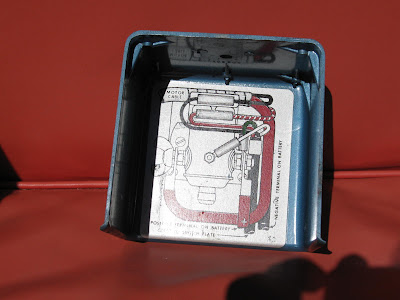 Here’s a photo (below) of the original siren that was on “Little Pal” when Norm bought her, unrestored in original paint as far as he knows. 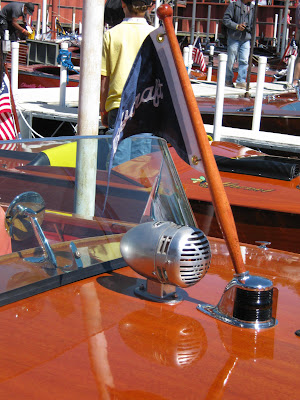 “Little Pal” was purchased with the original Holsclaw trailer that Norm had sand-blasted and powder coated. 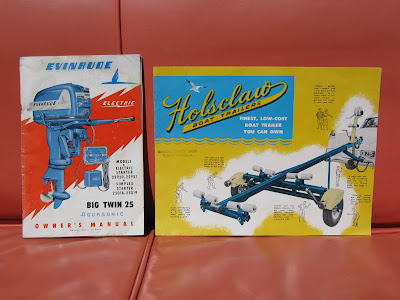 Seeing this little 1955 14′ Tollycraft runabout, tied up to the same docks as the elegant Riva’s and the timeless Gar Woods, Hackers and Chris-Crafts was great to see and appreciate, because it was respectfully restored to
reflect how the boat was originally delivered from the factory in 1955. I’m sure it brought back a lot of fond memories for the folks that attended the show.
There were a few marks on the steering wheel and gear shift knob where the rats were chewing when it was in the barn for all those years, I guess that’s just another form of Patina… A conversation piece possibly… 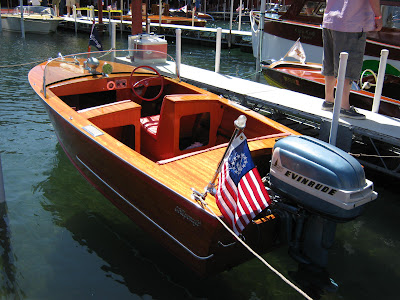 Fellow Woody Boater and noted Tollycraft restorer Steve Franchini from Seattle sharing some stories and information with Norm on Saturday before the awards presentation. Steve was also very impressed with the raw originality and workmanship on “Little Pal.” 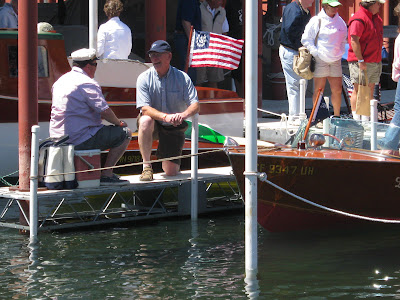 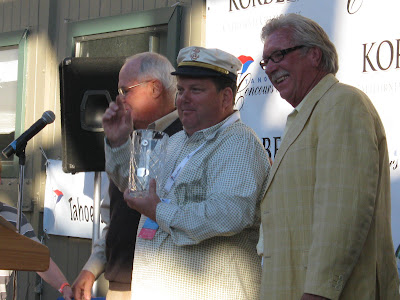 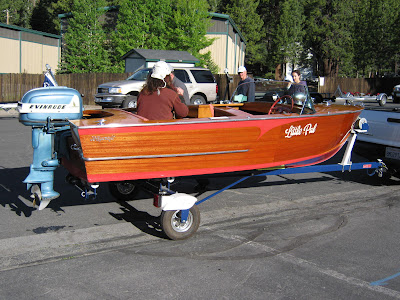