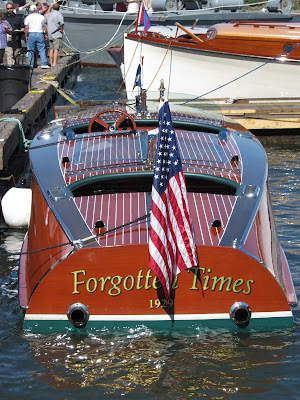 The 18th Annual Portland Boat Show presented by the Columbia – Willamette ACBS Chapter is considered to be a summer classic in the Oregon area. Once again the weather was sunny & hot, and lots of folks turned out to see the wide variety of antique & classic boats.

Forgotten Times, a heavily modified 1929 26 ft Dodge runabout with a supercharged 550hp V8 fresh out of a 39 month restoration! This beautiful speedster won the award for Best Engine. 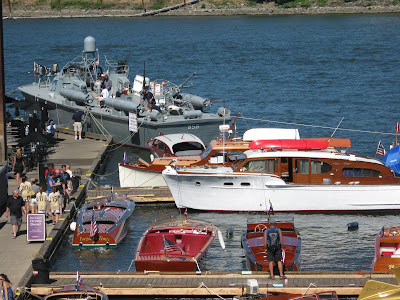 Something for everyone… from big cruisers, to runabouts, to speed boats and even a vintage 1945 U.S. Navy 78 ft (Higgins) Patrol Torpedo Boat. 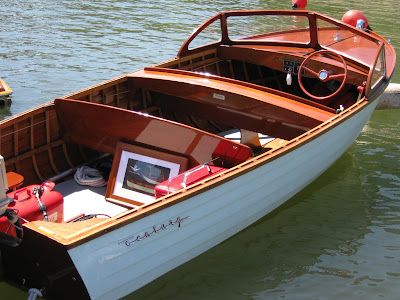 Dick Werner always seems to show up at a boat show with an unusual wooden boat. For the Portland show Dick and Andy Werner (Dick`s Son) introduced us to this very original, very rare 1956 16ft Century Seaflight, which they discovered at Flathead Lake, Montana last year. It won awards for Best Outboard and Best Preserved. 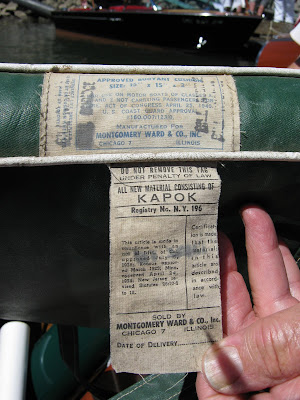 The original Century Seaflight seat cushions were a nice touch. 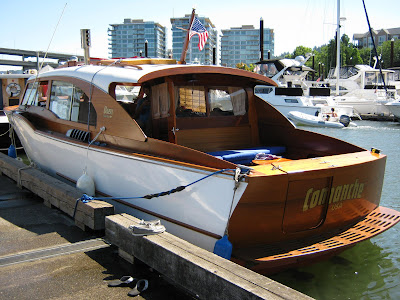 Comanche is an original 1948 33ft Owens Sedan Cruiser owned by Hal Fay and Eryn & Orcilia Forbes. The boat was built in Baltimore, Maryland in 1948 and delivered to Portland, Oregon in 1949. Comanche won the award for Best of Show. 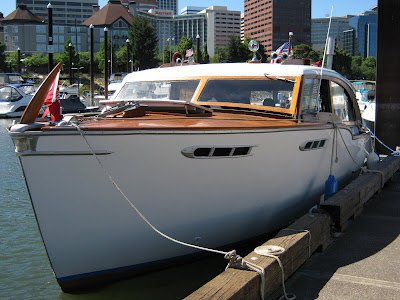 Steve Martin (below) won awards this year for Best Chris-Craft and Best Runabout with Carol Anna, his 1940 17ft Chris-Craft Barrelback. 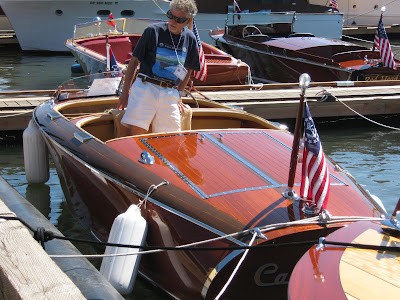 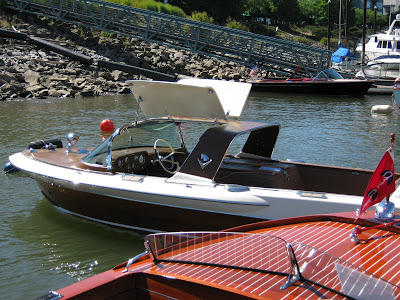 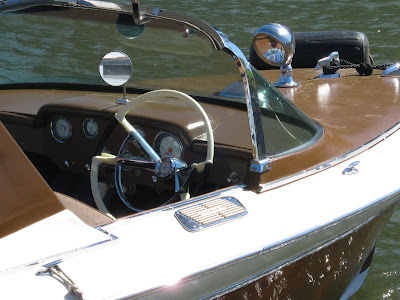 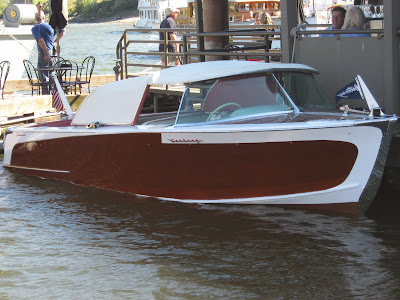 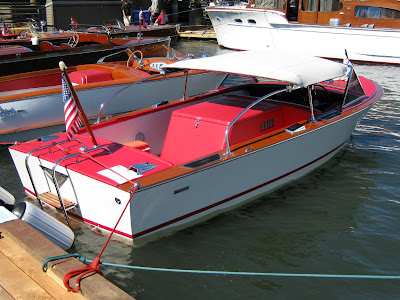 A dedicated group of ex-PT Boaters formed Save the PT Boat Inc, a non-profit organization chartered in Oregon. These dedicated volunteers were able to aquire from a private owner in the San Francisco area, a Higgins PT Boat sold as war surplus in 1945. For more info on this interesting project, go to www.savetheptboatinc.com 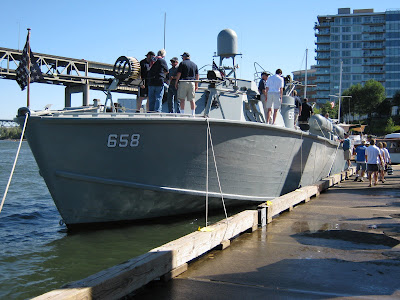 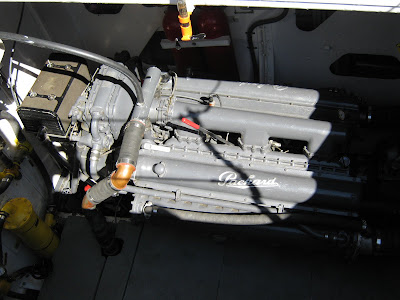 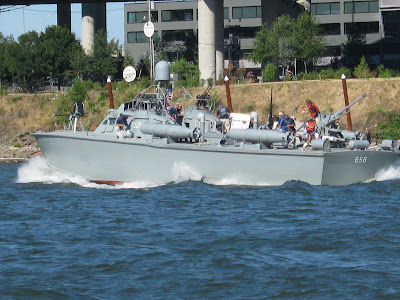 Ike
Kielgass won the Chairmans Choice Award for Nameless, his 1948 20 ft Chris-Craft Custom runabout, from Seattle. Seen below with the folding windshield down. 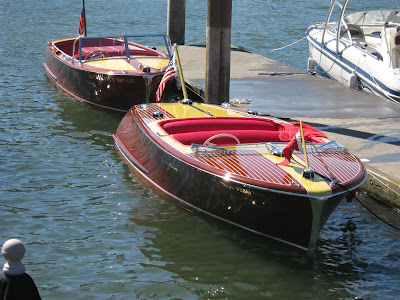 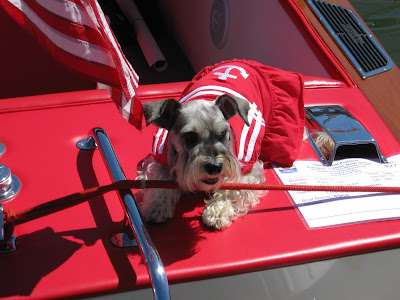 The award for Best Cruiser this year went to Chuck & Trish Kellogg for Phantom, a spotless 1936 52 ft Astoria Marine Bridge Deck Cruiser. This boat was used as a patrol boat on the Columbia River during WWII. A tough boat to photograph from the dock, so no photo
Sorry Chuck – I`ll try again on Sunday. 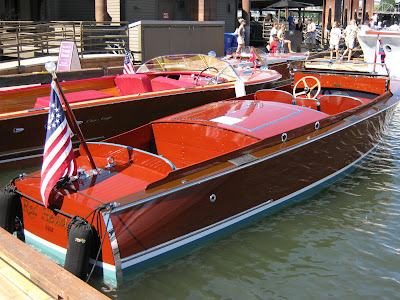