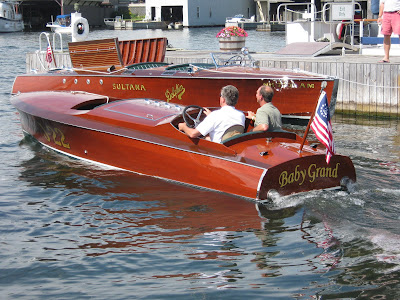 It’s Sunday morning and we are just catching our breath from yesterday, which was a busy day at the show.

The Antique & Classic Boat Auction on Saturday which was conducted by Antique Boat America was very well attended. There were approximately 50 boats registered for the auction, 43 in the Main Auction Yard and 8 in the Silent Auction Yard. 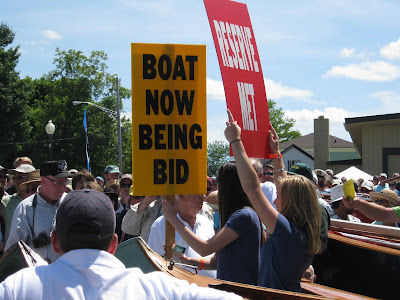 There were lots of people in attendence and from the number of folks there, we thought that the bidding would be brisk. The majority of the boats on the block had reserves (minimum sale price set by the seller) and it appeared that many of the reserve prices were higher than many of the bidder’s were prepared to pay. In my experience with car auctions, this is usually a sign of a “Soft Market” but I am not an expert when it comes to selling antique boats. 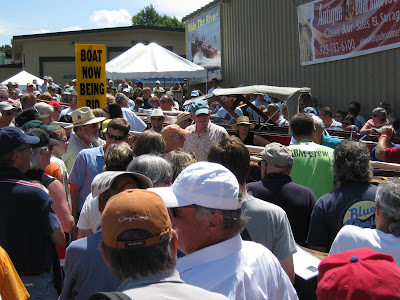 There was some indication that the Seller’s and Buyer’s were prepared to talk after the auction in an attempt to make a deal, so I guess the auction did in fact bring them together. Auctioning off boats is a little different than cars, because there are issues such as trailer’s, transportation, the actual condition of the boats, etc which can have an impact on the overall success of the final sale.
The WoodyBoater tent was right next to the on line auction area and both during the auction and after the auction was finsished, there seemed to be a lot of folks inquiring about what the boats were sold for and what the top bid prices were for the boat’s that did not sell during the auction. 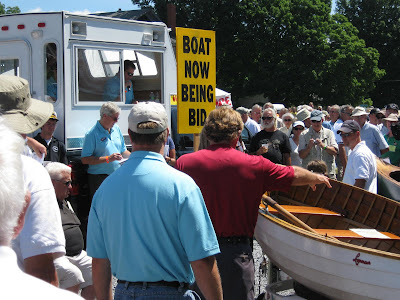 Of the boats that were sold during the auction, this fellow successfully purchased this nice 18ft 1912 Chas H. Wilbur – St. Lawrence Skiff which was originally owned by his Great Grandmother. He was delighted to get it back in the family. It sold for around 5,000.00. 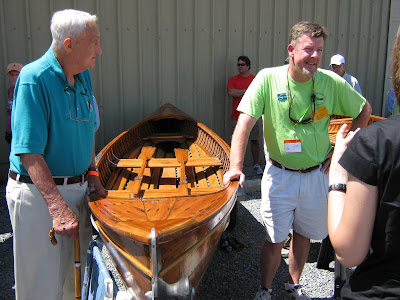 Many of us WoodyBoater’s become very attached to our boats, and as a result we tend to spend more money than we should on them based on what the market value is. As a result, we tend to think that the boats are worth more than what the current market value is, and it appeared that many of the boats had reserves that were a little on the high side at this year’s auction.
Some folks were hoping their ship was going to come in and instead, it passed them by at the the auction. Hopfully Peter Mellon and the folks at Antique Boat America were able to do some deals after the auction. 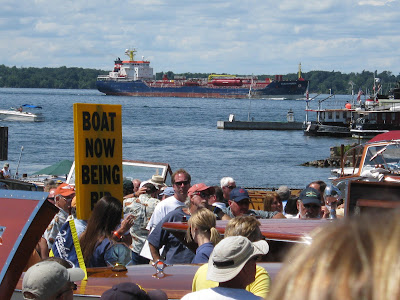 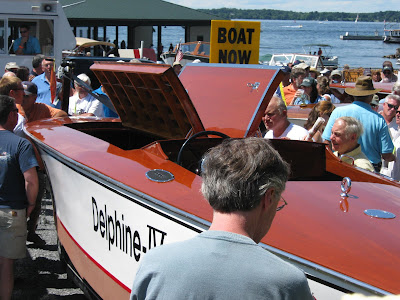 We also discovered another section of this world class museum that had an interesting old Lyman and some antique marine engines. 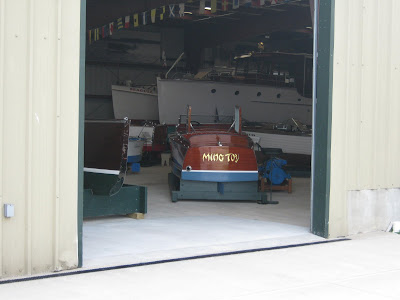 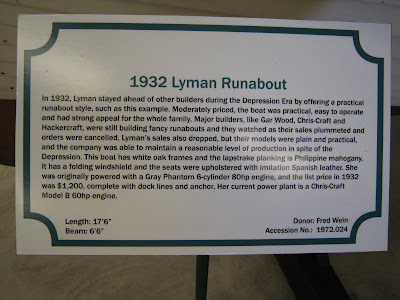 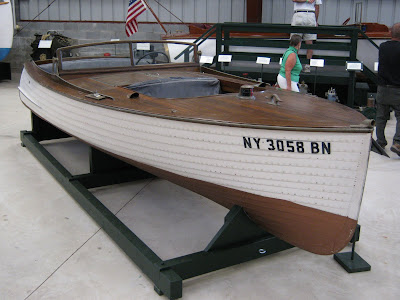 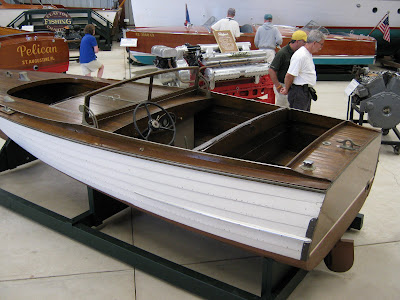 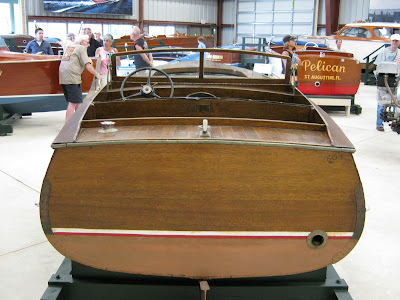 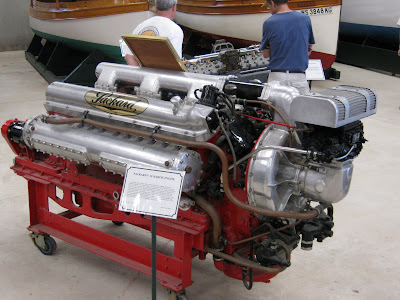 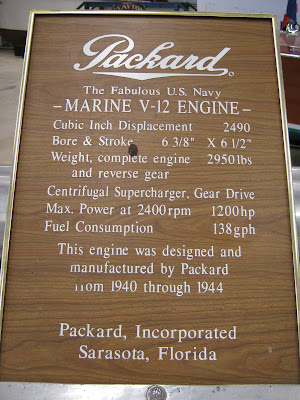 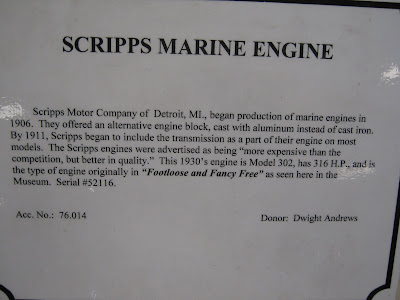 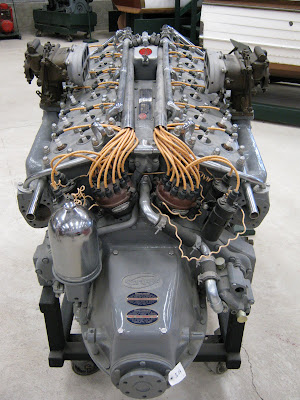 I was think of Mike Green from Maritime Classics when I noticed this old Chris-Craft Model A-70 – Look familiar Mike? 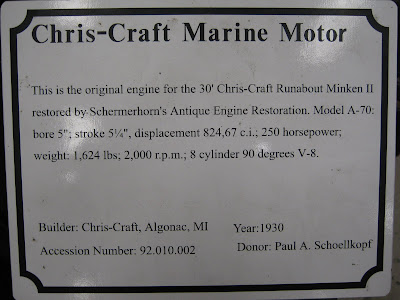 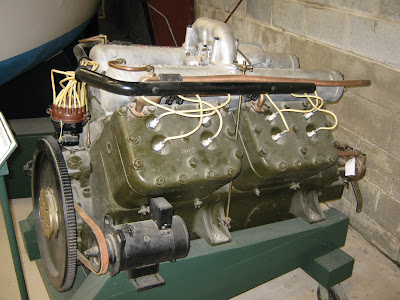 Also, when I did the Gar Wood story on Saturday I forgot to show a good image of the immaculate 400 HP Liberty V-12 in “Sea Wolf” so here it is. 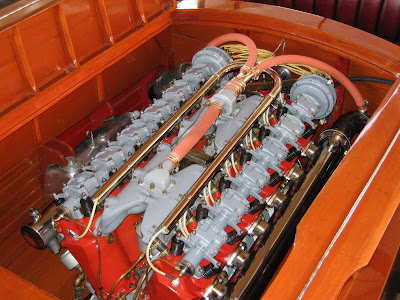