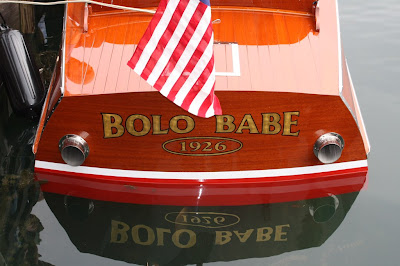 Thanks to Fellow WoodyBoaters Chad Durren and his father March, we have the latest images from Saturday at the 33rd Annual Les Cheneaux Islands Antique Wooden Boat Show, in Hessel, Michigan. Peoples Choice Award at this year’s event was awarded to “BOLO BABE” a stunning 1926 33′ Gar Wood Triple owned by John Allen, from Gull Lake, MN. 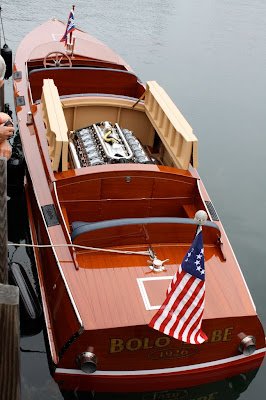 With over 150 entries expected for the big boat show this year, there were lots of antique & classic wooden boats to see for anyone who was lucky enough to be there. And it looks like the crowds were out in full force for the show. The area around Hessel Michigan is rumored to have possibly the highest concentration of Chris-Craft boats in the country, due to the proximity to the Chris-Craft manufacturing plants back in the day. 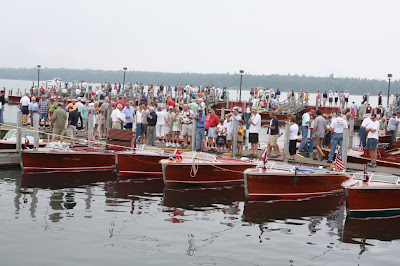 Hessel, Michigan is also home to the very first Chris-Craft Dealership (then called a franchise) which was awarded to Eugene J. Mertaugh, owner of Mertaugh Boat Works on February 18, 1926. Mertaugh Boat Works is also a co-sponsor for the the 2010 event in cooperation with the Les Cheneaux Historical Association and the Hessel Marina. So two big events in boating history in 1926…. Mertaugh was awarded the first Chris-Craft franchise and “BOLO BABE” was built by Gar Wood. 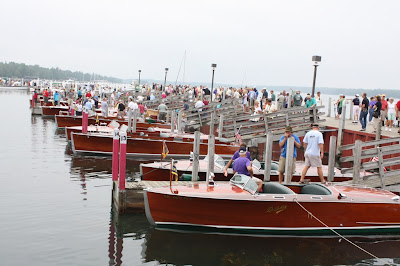 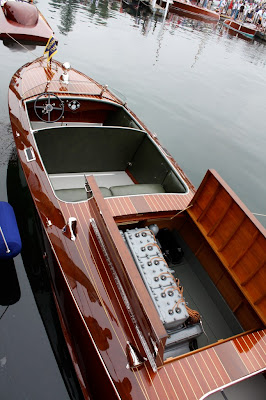 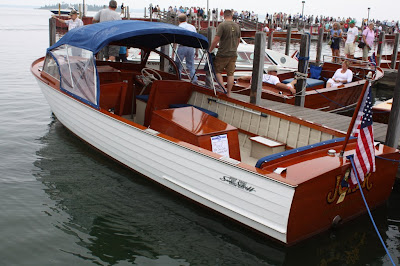 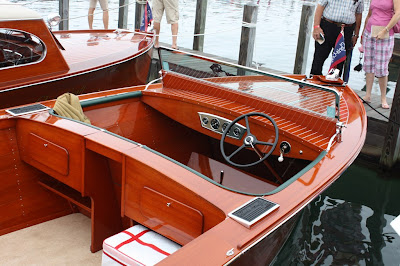 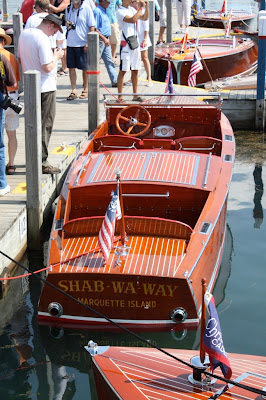 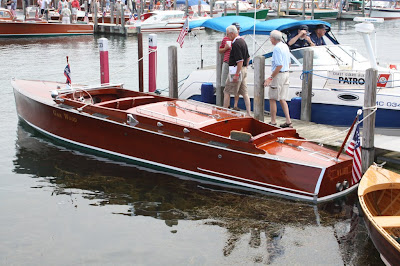 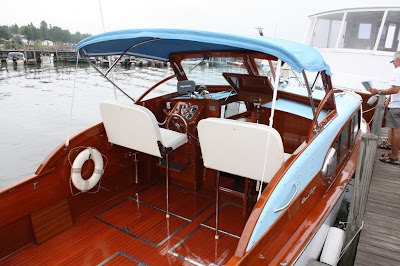 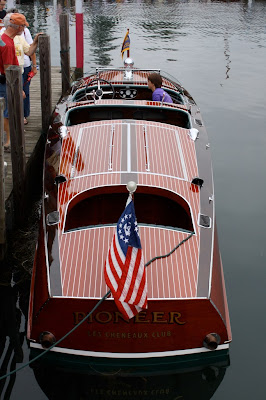 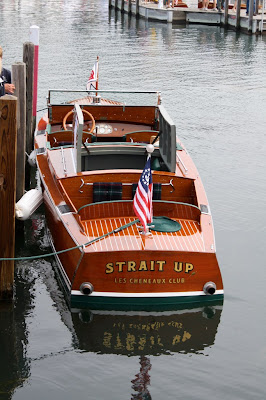 “Humidor” is a great name for a boat, a 1929 Chris-Craft Triple Cockpit Upswept. 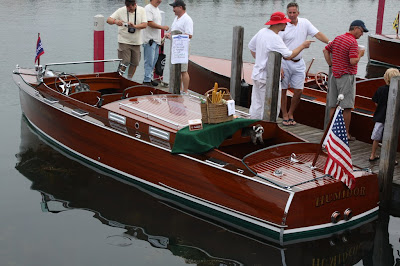 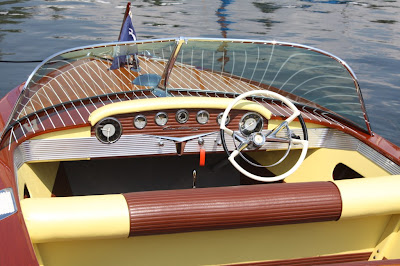 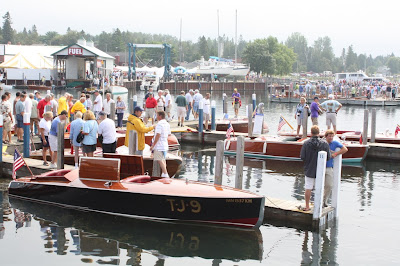 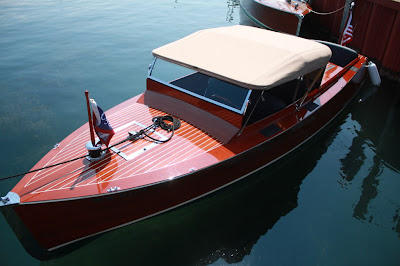 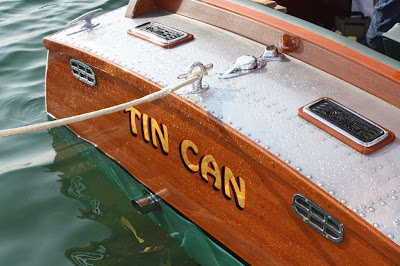 We had to include a few shots of “Tin Can” a unusual Gar Wood Sedan with what we are told has Aluminum Hull Sides, Decks and Roof, and is owned by Jeff Knudsen of Saugatuck , Michigan. 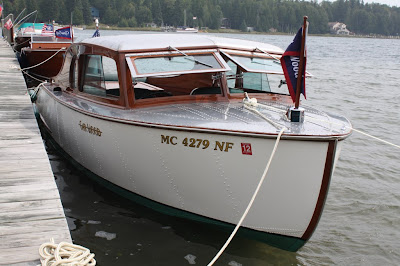 If we learn more about “Tin Can” and it’s history we will follow up on it for everyone. 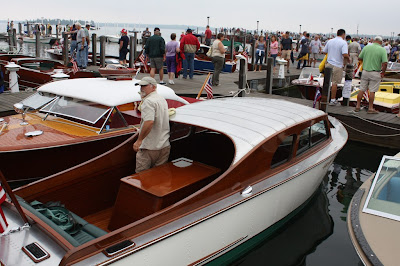 Remember the “Cadillac of Boats” the classic Century Coronado. 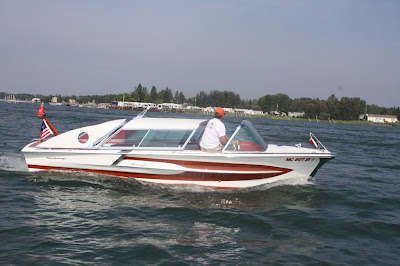 Another nice example of a Chris-Craft Continental with the optional hard top (and Mini Me). 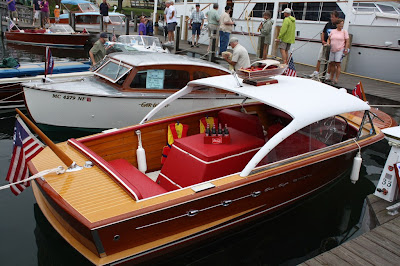 It looks like Chad and his father had a great time at Hessel again this year, and thanks again for sharing your images with us this weekend, they were great! A Lush Life in Hessel in August. 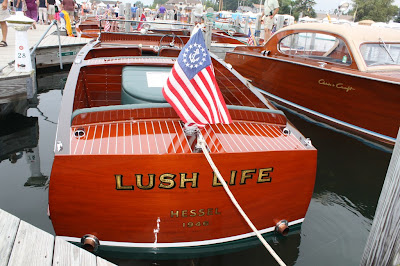