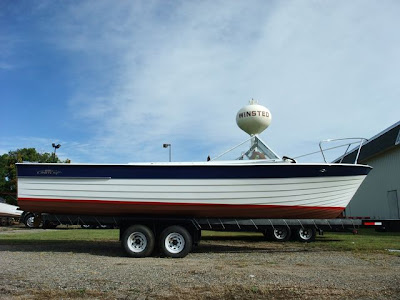 Here ya go as promised. Woody Boater exclusive photos of stuff from the auction, and a un-exclusive Press Release from Mecums PR firm….. If you are a regular reader here, it’s old news.. And if you are new here. Where have you been? We are having way to much fun here.. 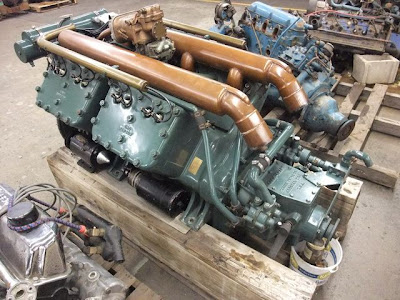 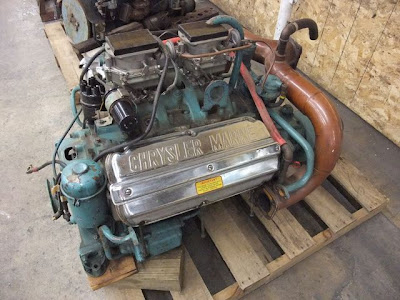 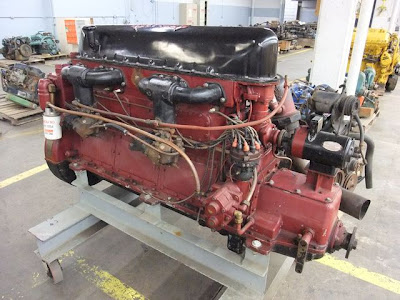 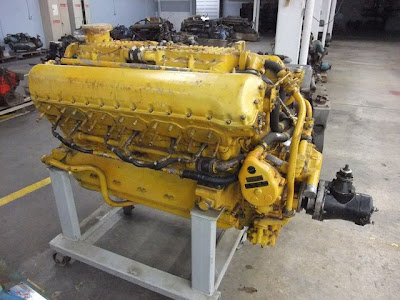 MARENGO, Ill. – Mecum Auctions continues to make its mark in the classic boat industry with the addition of another special event to the Mecum calendar: the Warner Collection Vintage Boat Auction, Oct. 15-17, 2010, in Winsted, Minn., near Minneapolis.

The Warner Collection, which will be offered at no reserve, features an eclectic mix of more than 100 vintage wooden boats built from 1909 to 1996, including some of the finest examples of Hackercraft, Garwood, Chris-Craft, Shepherd, Lyman, Century and Riva models in the world. F. Todd Warner – owner of Mahogany Bay, a company that specializes in the sale, storage, transportation and restoration of wooden boats – began his unique collection in 1974.

In addition to the boats, Mecum will offer more than 100 exotic engines, collectible accessories, tools and hard-to-find parts at the auction.

“With such a broad variety, this auction is a once-in-a-lifetime opportunity for hobbyists to find rare boats ranging in value from several hundred dollars to more than $1 million and for restorers to secure original parts for their projects,” said Dana Mecum, president, Mecum Auctions. “Warner, a long-time educator and enthusiast, is committed to preserving the history of wooden boating in America and has decided to sell these priceless artifacts to new stewards in the industry at a Mecum no-reserve auction.”

Mecum began its growth in the boat market during its Kissimmee, Fla. Auction in January, where a 1966 Riva Super Aquarama Series II Prototype sold for $775,000. The auction company also recently sold five out of five rare boats offered during the Mecum Monterey Auction in California. For more information on the boats and memorabilia up for bid at Mecum’s Vintage Boat Auction, visit www.Mecum.com

The Mecum Auction Company has been specializing in the sale of collector cars for 23 years, now offering an industry-leading 5,000 collector cars per year. Consignment, bidder and event information is available online at www.Mecum.com