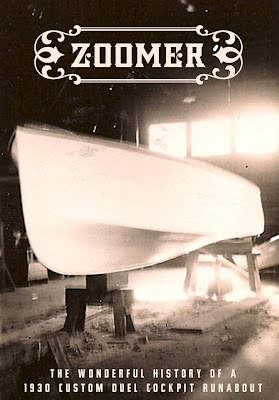 “Zoomer”
1930 Custom Dual Cockpit Runabout, by Brian Toye
Back in 1929, in a long forgotten warehouse in Portland, Attorney Ralph Coan and an unidentified assistant, perhaps his brother, embarked upon building a 17’9” in length wood boat.

Exact details have been lost in time, but no doubt after many hours, the craft was launched onto the waters of Oswego Lake. It is not known if plans were used, or if Ralph just built what he envisioned in his mind. This was 1930. 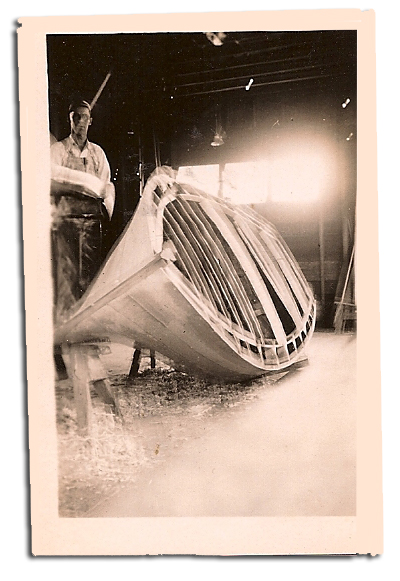 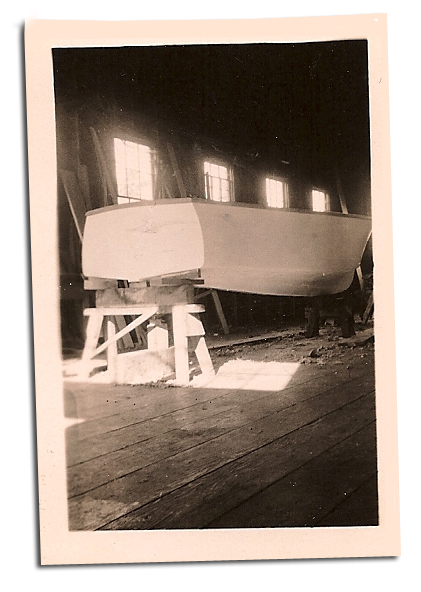 For Zoomer’s first twenty (20) years, she lived in a boathouse at 1244 North Shore. The Coan family used the boat often in those early years. The original boathouse is still there but it is unknown if the hand crank equipment used to lift her out of the water after each use is still around. 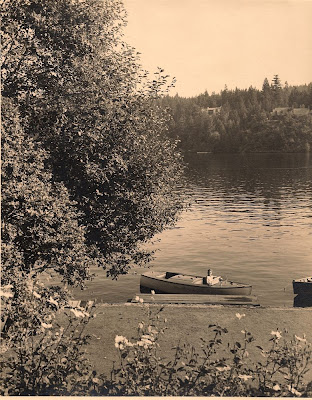 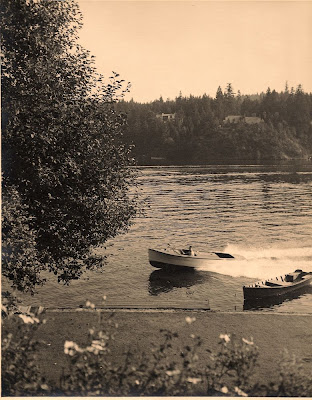 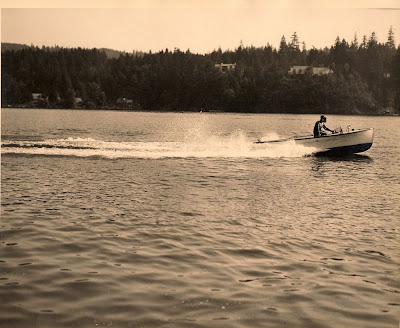 Jump to 1950 and the Coan family sold the home on North Shore, to purchase the summer retreat home of the Oregon Episcopal School located on the south side of Oswego Lake, at 16697 Maple Circle. At that time however, the school is known as St. Helen’s Hall and is a girl’s school. The summer home was called “Everglade”. Zoomer had a new boathouse at this address, and there she lived until the Coan family moved off of the lake in 1998. It was at this home that Ralph’s daughter, Kathy, learned to water ski behind Zoomer.

At some point prior to 1990, Zoomer’s original engine, most likely a straight six (6) cylinder Kermath, was replaced by a Ford 302 Interceptor V-8. The instrument cluster on the dash is the Kermath original. One could argue about horsepower, but the survey of 1998 says 225. It matters not really as she has more than enough. The V-8 engine was rebuilt in 1990 and she had a complete lower outer hull replacement in 1994. In 1995 a new fuel tank was installed and in 1997, she received a new coat of enamel paint.

Ralph Coan passed away on the 10th of December, 1994, however the family continued to live at Everglade until selling and moving away in 1998. Kathy paid for a survey to be done up and Zoomer received a nice and clean bill of health. She retained possession of Zoomer, using her
on the Columbia River occasionally with her son, until he moved away to Florida. After three years of non-use, Kathy decided to put Zoomer up for purchase. This was in July of 2006.

The Toye/Pacheco-Toye family of Lake Oswego purchased the craft on the 12th of August, 2006. Interestingly, up until this period, the boat did not have a name. The new family christened her “Zoomer”. She was cleaned up a bit and in the years from 2006 to 2009, she received a complete bilge paint job and a light sanding and re-varnish of her top deck. She sees sandy feet and worm gunk. Zoomer was used and loved by the Coan family from 1930 to 2006 so it seems fit to continue the tradition of enjoying her. 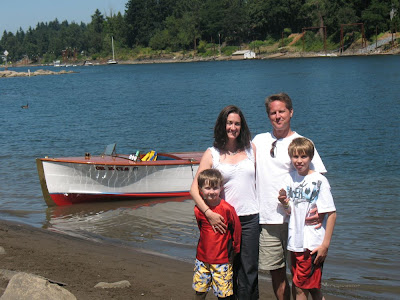 With the Toye family, she has been on the Willamette River from Newberg to Portland, from the kids and sandy beaches to tours given to international guests from Spain, Georgia, and Russia. She has
entertained schoolchildren from Hallinan Elementary on the last day of school, for a “Summer is Starting” celebration for a few years now. (Really though, it is to expose the younger set to the joy of boating.) Zoomer also spends a week each year at Odell Lake in Oregon. She plowed the beautiful blue waters of Waldo Lake in Oregon twice until a motor ban went into effect. She’s been on the north end of Whidbey Island, in Lake Union and Lake Merwin all in Washington State. After each and every outing, she gets a gentle bath and a wipe down before retiring to her nice garage. 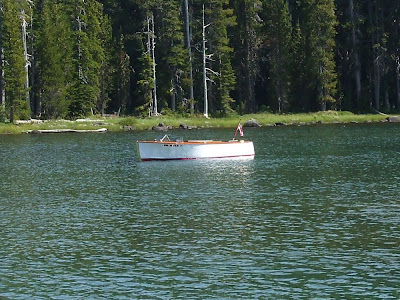 Over the years, Zoomer has gained and lost a bit or two. The engine compartment vents were moved from the engine access doors to both sides near mid-ships and the stern. The spotlight on the front deck is gone, but there is still evidence of the exact location. A lighted flag pole at the stern was added. She still sports her metal four (4) digit Oswego Lake license plate #3976. The Lake Corporation used metal plates from 1968 to 1971 or 1972, when the switch to plastic was made. (Thank you to Chuck Schaffer, long time LOC employee for this info.) And her cutwater bears the bruises of the occasional bump into the dock in her boathouses.

3 Responses to “"Zoomer" A One Of A Kind Treasure.”