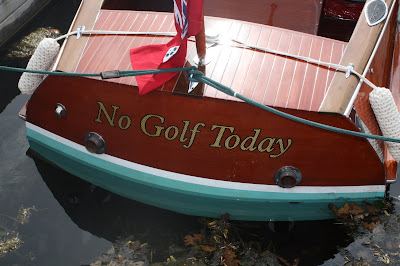 No Golf Today? Well, thanks to Fellow Woody Boater Chad Durren you can actually see the 2010 Geneva Lakes Antique & Classic Boat Show in the morning (on your computer) and play golf in the afternoon. We supply the 18 boat show images and you take care of the 18 holes of golf. 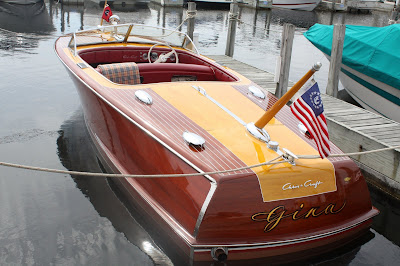 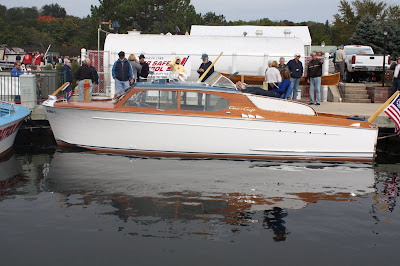 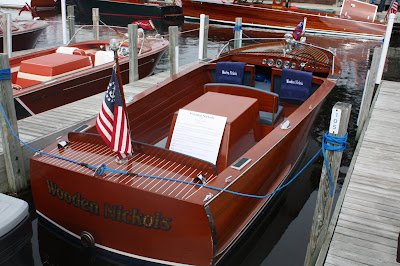 “Wooden Nickols” – 1940 22′ Chris Craft Utility. Shipped to Hessel, Michigan in June 1940. Purchased by the owner of Hessel Grocery to deliver supplies in the Hessel – Cedarville area. 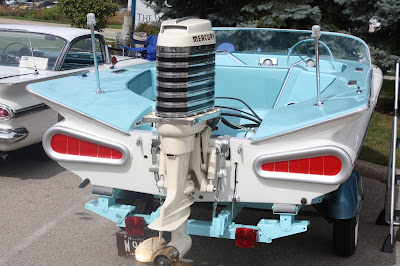 This combo (1959 Chevrolet Impala tow car on left) has been together since the early 1960’s in Washington State. It still uses the original Tee nee trailer. The boat also has correct matching interior. 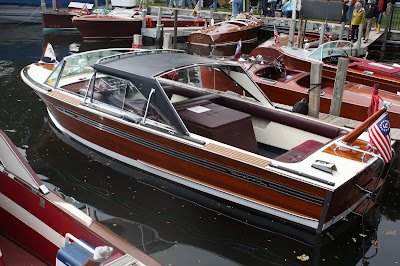 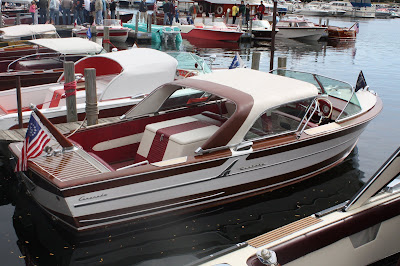 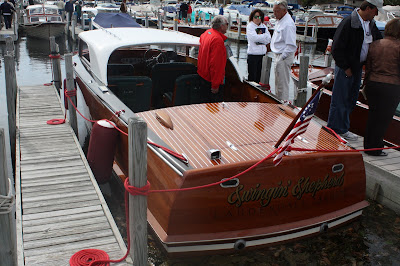 “Swingin Shepherd” – 1954 24′ Shepherd Hardtop. Based on the images Chad sent in to Woody Boater, there seems to be a few of these beautiful Canadian manufactured Shepherd’s at this year’s event. We love these boats – Often see them with the fold down Bimini style soft tops but I can’t remember seeing one with a hard top like this. 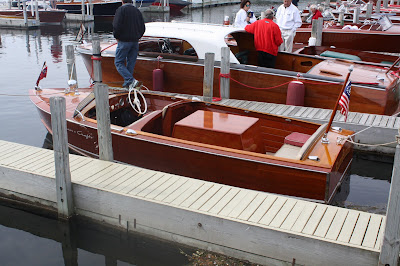 Here’s a side view of the same Shepherd’s hard top – Very cool. 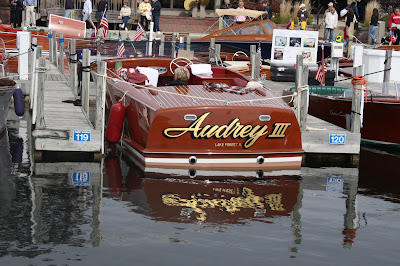 Here’s another one… “Audrey III” – 1954 24′ Shepherd Runabout.
Not sure how many 1954’s were originally produced, but we know there were at least two! 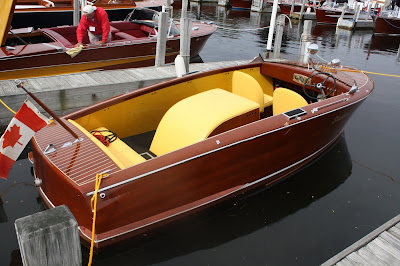 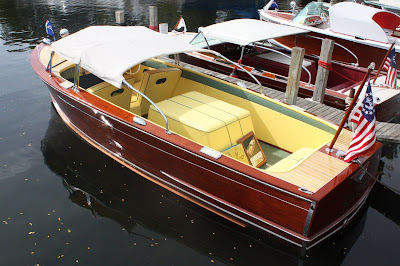 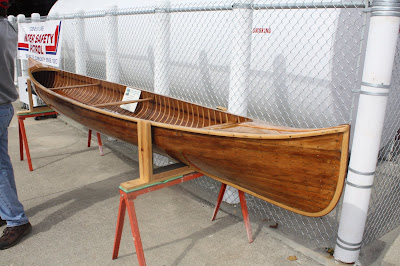 In the 2010 Geneva Lakes show entry information, the owner states –
I have attached a few pictures of this very special canoe of historical significance to the modern canoe racing community.

This canoe was used by Gene Jensen and Tom Estes to win their first Minneapolis Aquatennial Canoe Race in 1949. The Aquatennial was a 500 mile 10 day race that began near Bemidji MN. and ended on the Mississippi River. 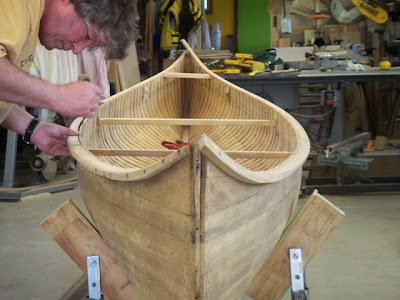 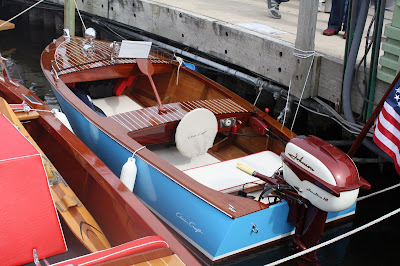 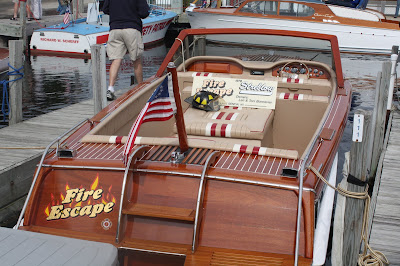 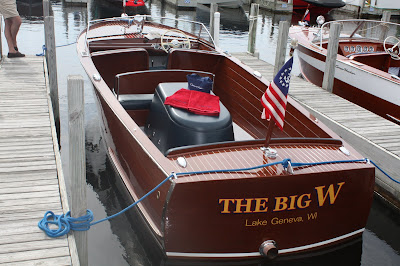 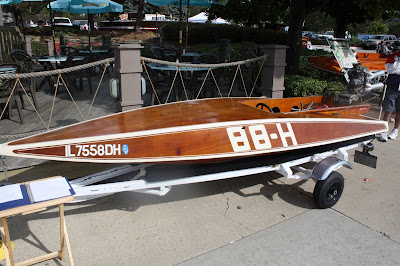 Not sure what this is but it sure looked fast… 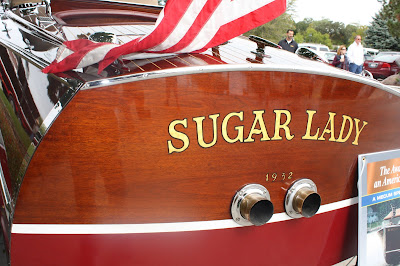 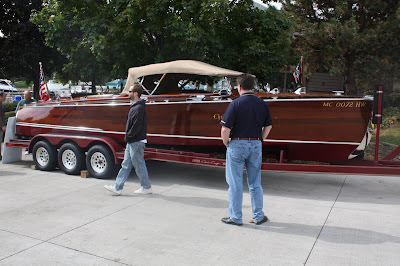 I would love to know what this fellow is thinking… “Hmmm – Maybe I should attend that Mecum Auction in October and bring this boat home as a gift for my wife?”
Thanks Chad for the great images from the Geneva Lakes Show.
Some information for this story was provided from the Blackhawk ACBS Chapter / Geneva Lakes Antique & Classic Boat Show entry list and web site. Century Boat production information was provided by the Century Boat Club.
Texx
You might like...
« « Previous Post         |         Next Post » »