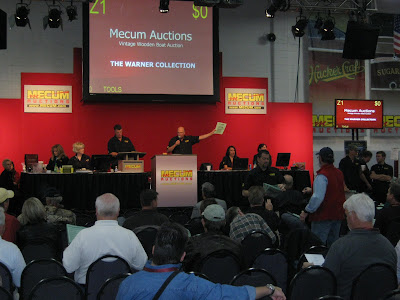 The Warner Collection Mecum Auction is now history. I’m sure for most folks it was a weekend to remember for a long time, I know it was for us here at Woody Boater. Now we have to somehow find a way to put it all into words and reflect on what we experienced. For me, there is still a lot of information to process about what has happened over the last few days, how this will effect the market and the hobby in general.

We spoke to a lot of people about that subject and it was almost unanimous that the auction was positive for both the antique & classic market, and certainly the hobby. The bidding was strong and for the most part the boats and equipment sold for reasonable amounts, reasonable for an auction. The thing about auctions is that you never really know what’s going to happen with the bidding until that very moment, and that’s what makes it so exciting.

Many of the lower value boats (10K to 40K) sold for higher than expected prices, and in a few cases some of the higher value boats (150K to 250K) sold for just that. That’s not to say that there wasn’t any bargains, becuase there were a few, but that’s the part that everyone will have to process for a while. The predictions of 300K to 400K selling prices for some of the ultra rare triples never materialized. The predictions of antique car guys coming in with big wallets and pushing the prices up never seemed to materialize either. I’m sure everyone has their own opinion about how the auction played out, and we are certainly not experts on the subject, but that’s what we noticed. 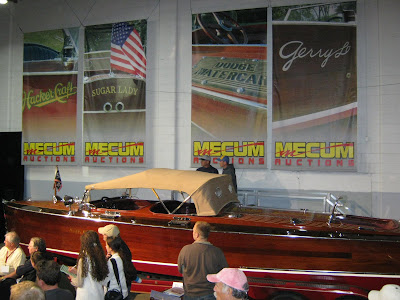 The common question leading up to the auction was “What’s going to happen with bid prices?” and the common answer was “Nobody really knows.” And for the most part, that was the case. A good example was “Sugar Lady” that sold for 275K, some folks thought that this boat had the potential to go higher.

We had the opportunity to visit with Dana Mecum after the auction on Saturday. They were just doing the final math but he indicated that total sales were just under 4.0 Million Dollars for the auction. Mecum Auctions has plans to include 10 to 15 wooden boats in the upcoming Kissimmee Florida Car Auction January, and also 10 to 15 boats the 2011 Monterey Auction next summer. More on that later…

The attendance was good and stayed strong through to the end of the auction. 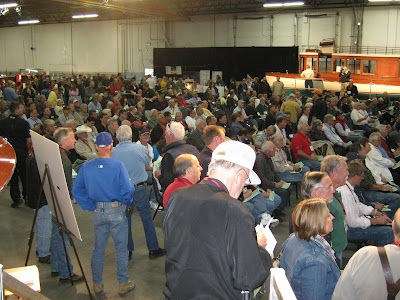 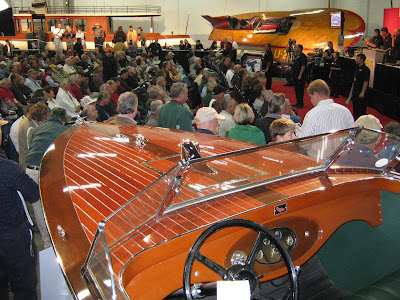 The Unlimited Hydro went for 92.5K 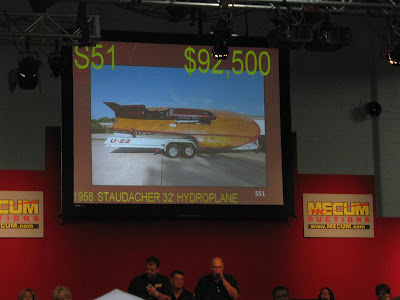 Matt was having fun posting live and it worked great for everyone that wasn’t there. His challenge was to re-power his iPhone which meant hanging around a pole with an electrical outlet beside a trash container. It worked, it just looked funny… 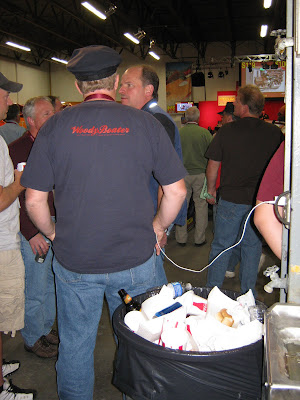 Many folks thought that the big Dingle would go high, but it sold for 285K. 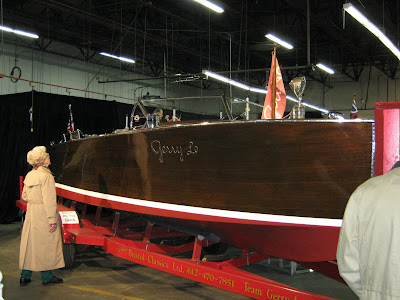 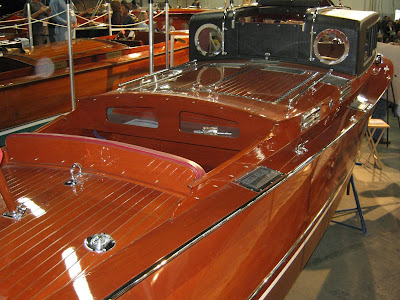 The Warner Auction was many things to many people. But for us it was the social gathering of the year, almost like a convention. Folks from all over the country attended with one thing in common – They love wooden boats and love the hobby. Restorer’s, Dealers, Big Time Collectors, Regular Collectors, Antique Engine Restorers and folks just there for the entertainment value. It might be the first time in history that a Country Inn Hotel (in Buffalo) was completely taken over by Wooden Boat people. Every night there was a party in the lobby that lasted until midnight and they were happy to have us. Funny, you go to an auction all day and talk about Wooden Boats, then you return to the hotel and …… Talk Wooden Boats! It was great! 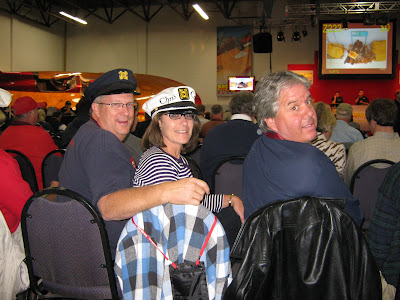 A few surprises like the rare Hispano Suiza H-3 that sold for around 50K. 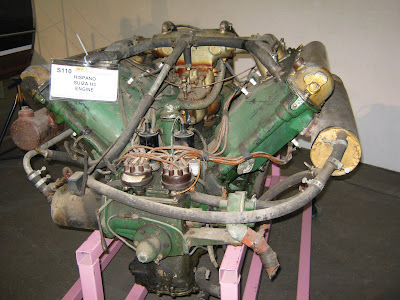 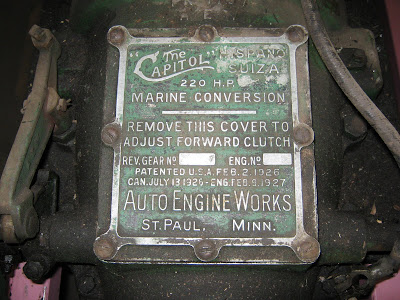 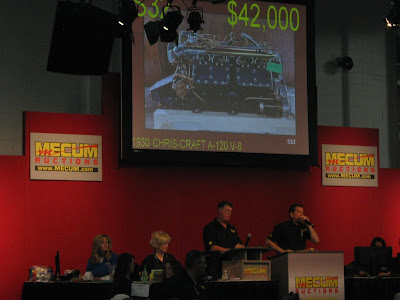 There was a real nice unrestored 1936 22′ Chris-Craft Custom Triple “Wee Don” that sold for around 45K (can’t remember exactly) but it was a wonderful boat to see. 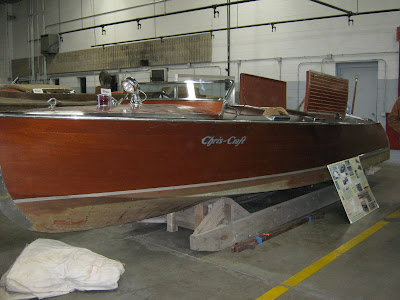 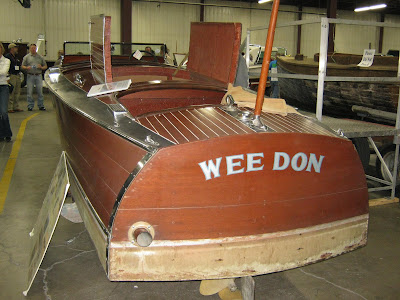 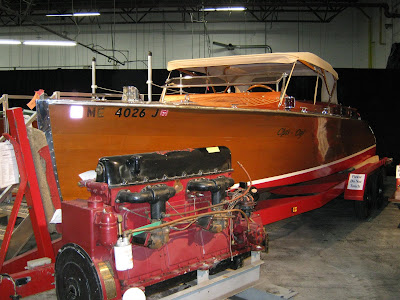 Personally I have many great memories of the auction and the overall experience. But for me, one of the highlights of the weekend was getting the opportunity to spend some “One on One Time” with Al Schinnerer from California Classic Boats. Al is extreamly knowledgeable and it was so much fun to ask and learn about any wooden boat subject you have. Al has the answer, and it’s the rigfht answer. Here he is (on the right) sitting beside Dave Wright from California, at where else, the nightly party in the hotel lobby. Thanks Al, you are a True Gentleman. 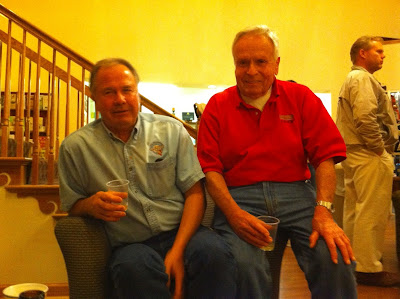 Well the internet service in the hotel keeps timing out on me before I can save the story, so I guess it’s time to hit the road for thre 18 hour drive home. Buffalo Lake is quiet for this year. 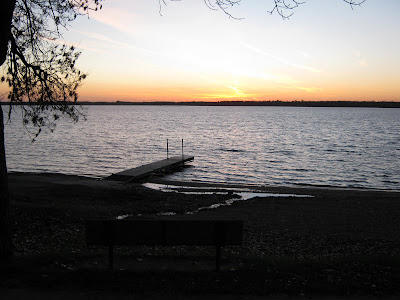