WOW, Woody Boaters from all over the classic boat world have sent in stuff.. It must be the chance to win a hat! What a fantastic community. This will be an annual event.. The awards will get bigger, and one day, when your family is reading your Obituary.. It will say.. You won a hat on the Woody Boater Last Gasp event… Get it.. last Gasp.. funeral… Obit…. Never mind.. Thanks again to Alexander Watson from Hessle and Mckeel Hagerty for having the big idea..Tomorrow we announce the big winners.. And then Thursday through the weekend a tour of the mind blowing Mikkelson Collection by Texx..So here is one last gasp.. Enjoy.. 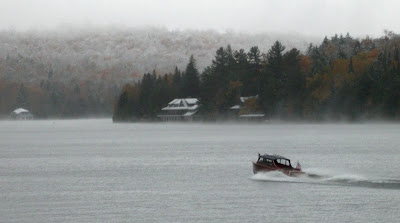 From Jonathan Reus from Macatawa Bay Boat Works.. The above image and this amazing image.. WOW! This image is a 1928 Chris Craft 26′ custom sedan that they restored, it was originally owned by socialite Marjorie Maryweather Post. These photos were taken on Lake Placid after an early snow with some fall colors still on the trees.

These films below from Bob Shapton Shot from his 1942 Chris Craft 26 foot Deluxe Enclosed . This boat was used to safeguard the Detroit River back during the Big WW2..

Also From Bob, The last Idle… 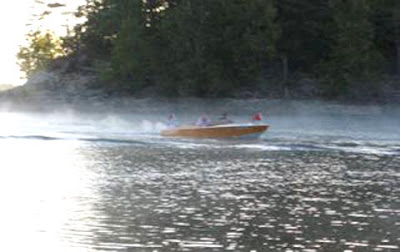 From Oklahoma... Above…Pumpkin 1972 XK-18 & ARRRGH! Below..a 1974 XK-19 owned by Larry Nichols idle out through the morning mist for a fast run on Grand Lake in Oklahoma. Pumpkin is being driven by ace mechanic Chris Barnes with navigator Lorri Tedder. Always listen to the women, they know how to get where they want to go! 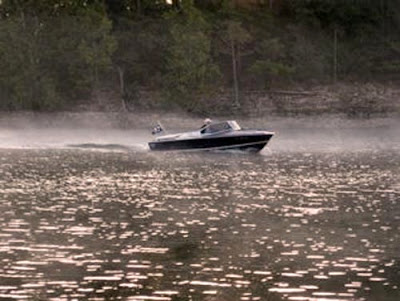 And From John Mears From Port Clinton, Ohio.. This fun story..

This may be hard to believe, but the following is a true story.  Saturday, I purchased an early 1950’s Chris Craft.  This boat is all original.  All original wood, varnish, paint, hardware, etc.  It has never been restored.  It had been hidden away inside storage and not seen the light of day nor the the splash of water in nearly 50 years.  The father of the man I purchased it from was the original owner, and the son had kept it all these years.  I brought it home and cleaned it up a bit.  Today (Sunday), in honor of “Last Gasp Weekend” I thought what the heck…lets put it in the water and see what happens.  Well, much to my surprise the launching was easy and the boat did not take on any water….not a drop!  Next I tried the propulsion system, and it too worked flawlessly!  I was very pleased.  I didn’t want to over do it, so after a few minutes of tooling around in the channel I pulled her back out and put her back in storage until next year. 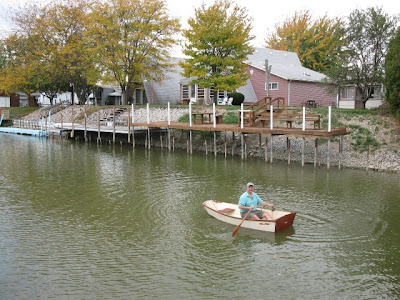 4 Responses to “One Last Gasp Day Of Last Gasp Week! At Last..”