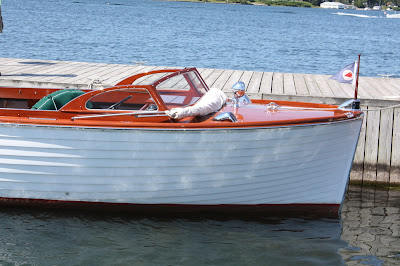 During the winter months we have the opportunity to reflect on some of the Woody Boating highlights from the past year. For us, one of the many highlights was attending the 2010 46th Annual Antique Boat Show in Clayton, New York last August.

Some of the finest wooden boats in the country were in attendance in Clayton, which is held at docks of the Antique Boat Museum. Along with the rich boating history of the area, this was an unforgetable experience. We also had the opportunity to spend some time with many boating friends including Fellow Woody Boater’s Chad & March Durren, who took home the award for Best Restored Classic Utility Under 22′ with “Lily” an immaculate 1952 Chris-Craft Sportsman.

Among the award winning boats at Clayton were two original Lymans that deserve some recognition.

The first is “Hocus Pocus” a beautiful 1947 22′ Lyman Utility, owned by Marc Hetzke from Coatesville, PA. 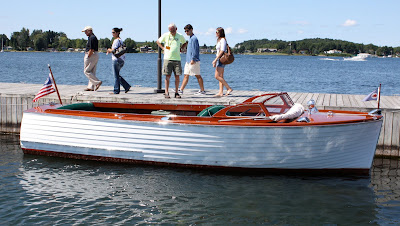 “Hocus Pocus” is powered by a 1947 150 HP Grey Marine 6, was in exceptional condition for her age and presented herself nicely at the show. 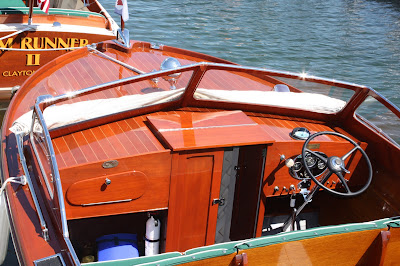 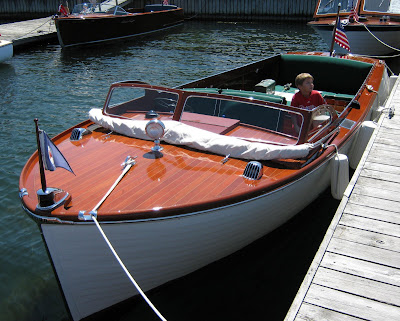 The next award winning Lyman is “Sea N’ Isle” a 1940 Lyman 24′ Sedan owned by Larry & Loretta Trumpore from Clayton, NY. 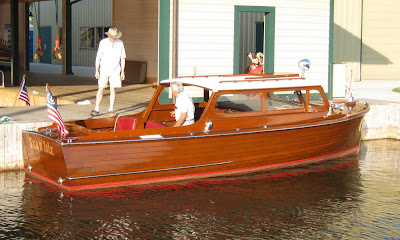 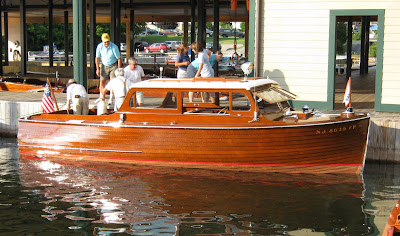 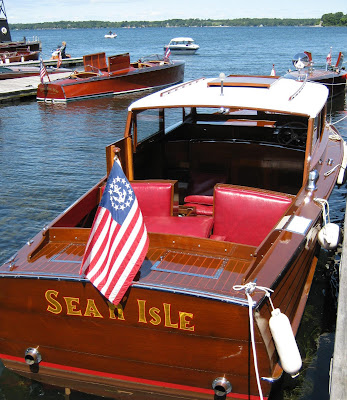 “Sea N’ Isle” received the award for Best Lyman at the Clayton show.
For more information on the history of Lyman Boats you can visit the Lyman Boat Owners Association site by clicking here and it’s also listed along the right side of the Woody Boater home page.
To learn more about the Lyman marque you can visit the Official Lyman Archive Site by clicking here. These sites are packed with great information on the history of Lyman Boats.
The historical photo shown below is courtesy of the Lyman Archival Site. 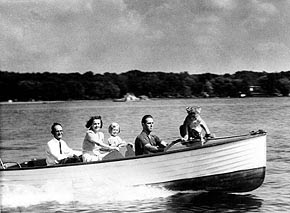 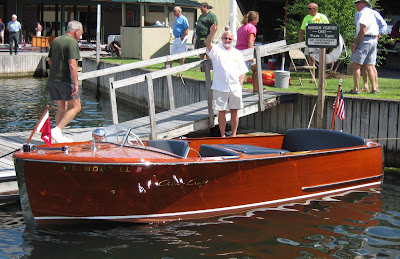 The correct restoration and attention to detail on “Lily” is exceptional.