MARENGO, Ill. – After several noteworthy vintage wooden boat sales in 2010, Mecum Auctions continues its successful foray into the classic boat industry by giving collectors a chance to own “The Last Riva” – a 1996 Riva Aquarama Special Hull #774 that was the last Riva hand-built wooden boat ever sold to the public. 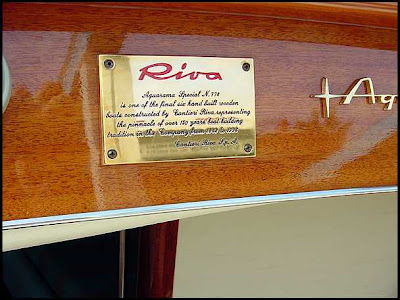 “This rare Riva Aquarama Special was purchased new on Dec. 23, 1998, and is still owned by the founding family of Sony Corporation, who professional stored, serviced and maintained the vessel since delivery,” said Dana Mecum, president of Mecum Auctions. “It has less than 20 operating hours since it was purchased, having been used just one time more than nine years ago for a trip across Lake Garda, Italy for lunch. The Last Riva is one of just six 1996 ‘End of the Era’ commemorative edition boats ever produced, making it one of the most original, desirable low-hour runabouts on the planet.” 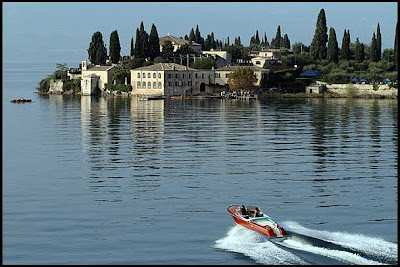 All original documents and paperwork supporting the sale are available. A video highlighting the Riva 774’s second voyage can be viewed at www.Riva774.com

Mecum will offer the Riva during its annual Kissimmee Auction, which has grown to a five-day event featuring 1,750 collector cars, boats and memorabilia up for sale. The auction takes place Jan. 26-30, 2011, at Osceola Heritage Park in Kissimmee, Fla., and will broadcast with four days of live national TV coverage on “Mecum Auto Auction: Muscle Cars & More” on Discovery Communications’ HD Theater. Fans can also watch the auction via live Webcast at www.Mecum.com

The Kissimmee Auction is open to the general public with tickets available at the door for $15. Bidders are encouraged to pre-register to bid by visiting www.Mecum.com