OK, OK, I know, we have shows to report on, winners etc. But I am so jazzed to show you all the first killer shots of the Blue Arabian. Fresh out of the camera Sunday. Phils last gasp until she is delivered in New Zealand in about 5 months. So Phil had some fun. And Bob Kays and I were there to capture it all. We do have video for later, to just keep this stuff going and promise to report on other news. But dammmmmmmmmmm look at these! Wow, over a year in the making! Thanks again to Seth at Katzs marina and Phil for letting us drool all over the Arabian! Phil “Duster” Andrew out on the Blue Arabian These will be in random order. Poor Phil is laying down on the floor. 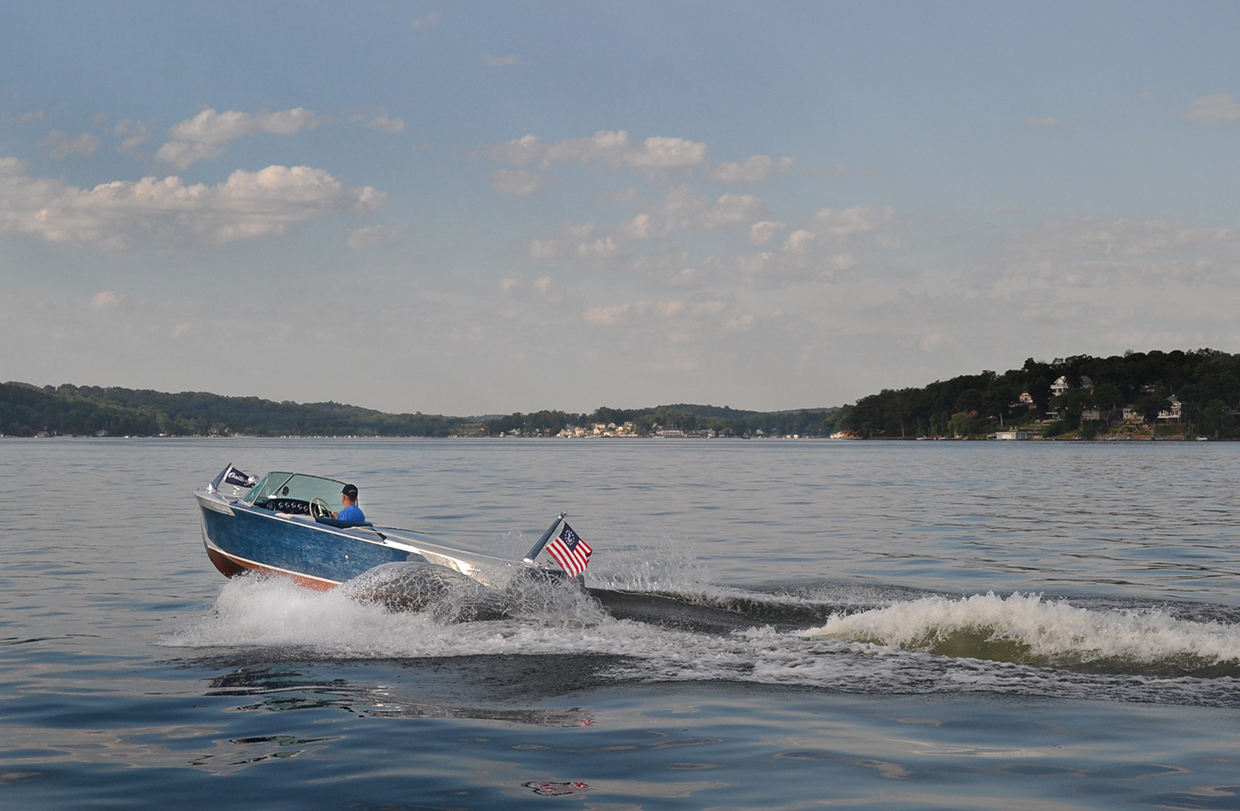 The more he drove the more fun it was. Jara and Phil showing up to the shoot Blue on blue, you start seeing the inspiration of how and why the finish is the way it is. Stop at the Main Lake Market for fuel Phil and Allen from Katzs Marina all smiles More turns and a glimpse of her interior Just a nice shot of her transom She changes looks in different light Make sure we stop for the Racoon Island Ferry! Thanks Alex Working out the bugs with Allen from Katzs And of course we had to do the post card!

For those new here, the post card on the right is the factory photo, and its the same boat. The one on the right was shot in Manastee, the left, yesterday on lake Hopatcong. Proving that timeless design, is quality design.