I am sure this story is somewhat universal, but this weekend we putted over to our across the creek neighbor “George”. Clearly he is private! We had been talking to him the previous week about maybe getting a pattern boat with parts to complete his long standing project at his shop. Which we didn’t really know about.  It’s a 18′ Riviera. Turns out to be just 5 numbers off the other one he has. Who Knew? Now, here is the deal, I have known “George” for some time, he is one of the nicest guys on the planet, and has built many a work boat in the area. So naturally I don’t think of him in the way of classic speed boats. But turns out George has the bug..bad! We went over to his barn and dang! What’s left of the hatch cover. There was the Riviera and A Continental tucked away, and all sorts of cool old stuff. And this is just around the house garage.  I havn’t been to the Railway yet. My head might explode. Who knew? Apparently most of Reedville, but not dumb ass me! George is one of the most respected Wood Boat builders in the region and still runs a marine Railway here in Reedville. More of the Riv. All the parts are there. 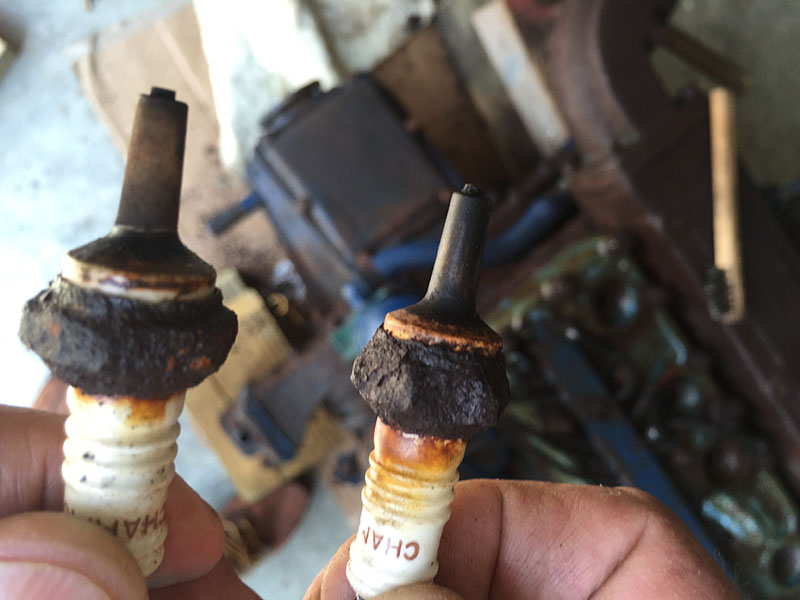 OK, maybe she needs some new plugs. Hey it ran when the previous owner had it in the garage! But sadly now the engine is frozen stiff. I am so busy finding stuff and writing about long lost barns and shows in Michigan, California, Canada, heck even in New Zealand. But right next door? WHAT THE? It’s like That Movie Doc Hollywood. If you haven’t seen that movie and live in a small town or want to justify moving to a small town. WATCH IT!  OK, don’t trust me? It has a Porsche Speedster and Nudity in it? You all are so predictable.

Any way back to the barn next door, George is set to start a restoration on the Riviera now that he has parts and patterns. We also have Jimmys perfect restored one, so we could not be more jazzed to have a project going on right here next door. 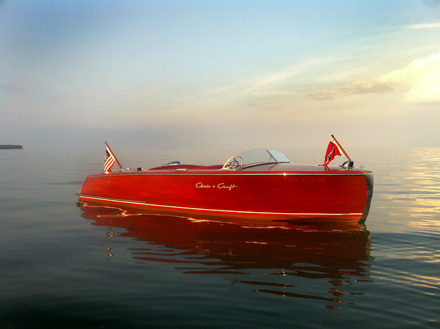 Shot about 1/4 mile from our home here in Reedville on an iphone.

I just wonder what else is sitting in some barn near by. mmmm, maybe I should look in the basement as well. Its been a while.

12 Responses to “The Barn Next Door. Who Knew? Not Me? It’s Time To Take Off My Blinders.”