Meanwhile in Michigan!  Shockingly the entire globe was not fixed on the barrel back racer floating. Life goes on, and it goes on great in Michigan, thanks to Fellow Woody Boater Greg Lewandowski for sending us in the report from this weekends Port Huron Show! Take it away Greg. 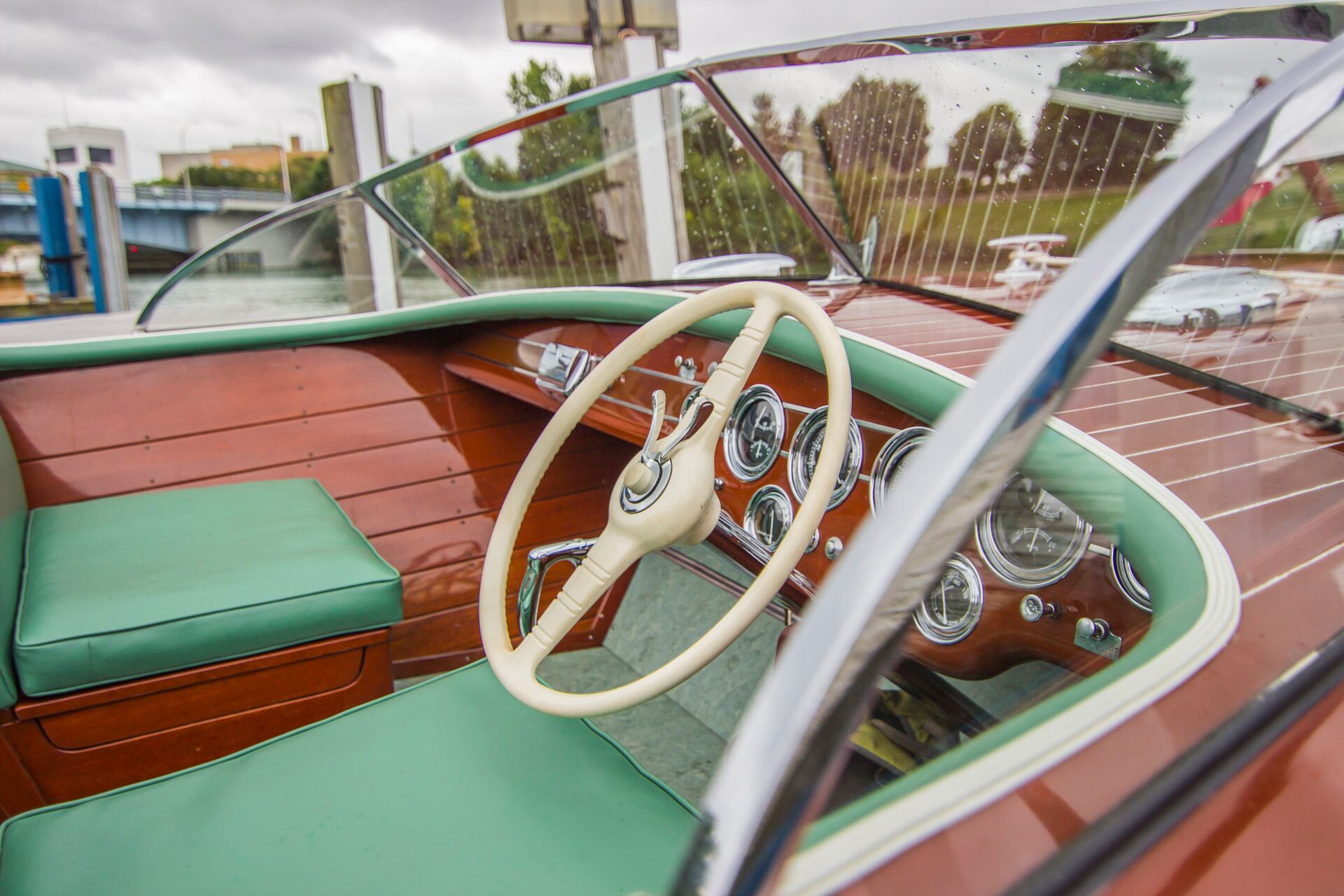 The 2016 Port Huron Antique and Classic Boat show was held on September 9 &10, and is now in the Michigan chapter history book as another great event with 40 registered boats ranging from a 14 ft. Peterborough runabout to a 48 ft. Chris Craft Constellation. A lot of great folks, wonderful watercraft, a beautiful new pavilion at the River Street Marina and some practice activities in preparation for the 2018 ACBS International show which will be held at the same venue. This should be at every show!

Friday started early with a 7:00 meeting including event organizers and 14 captains of classic boats that were involved in a drone photo shoot for marketing the 2018 show. The photos and video turned out great, but stay tuned to information on the show to see the results. At about 1:00pm, about 20 boats left the marina on a one hour downriver cruise to Marine City. We were greeted at the docks by our hosts from Mariner Theater where we greatly enjoyed a presentation by Gary Kohs about the building of the model Titanic. We also viewed the outstanding collection of other fine art models that are on display in the theater. This is a &quot;must see&quot; for anyone that is within reasonable driving distance of Marine City, or in the area for another reason.

We then cruised back up to St. Clair for a great dinner at the Voyager restaurant with fellow boaters and a dramatic view of numerous freighters that came by during dinner. It was also a beautiful evening for the sunset cruise of the flotilla of boats heading back to Port Huron. Although Saturday started out with some morning rain, it ended by 10am, and participants and attendees enjoyed the show which included giving 208 smiling people and their “screaming with delight” kids rides on the six classic watercraft that were designated as ride boats. There was also live jazz band entertainment, toy boat painting to keep the little sailors busy and happy, knot tying lessons for the hard core boaters and the Michigan chapter ships store for purchase of that “must have” classic boating item. 4:00pm was the after glow party with presentation of five well deserved awards and hot dogs on the grill for show participants. The awards presented were: The big boys get treated well in Michigan

We want to thank all the participants, the City of Port Huron, the River Street Marina and the many organizers and volunteers that made the weekend such an enjoyable and successful event. We are already looking forward to next year and coming back to the wonderful blue water and hospitality of the area. And don’t forget to ” Boat the Blue” in 2018 and the really big party!