Fellow Woody Boater Matt Yancer reached out to the fellow citizens of Woodyboaterville to help him know what his mystery tobacco barn find iz!  Here is the note from Matt Yancer from Virginia. “I bought this boat off a man who said he thought it was a 1952. He had it in a tobacco barn since the late 60’s ish, had no paperwork. All he had was a picture of him and his wife around that time. It is approximately 12 ft long and it has no markings except for numbers carved into the railing upside down on the transom.

hey look to read ’10o9F 6 2′.
It looks a lot like one of the wolverine pictures I saw on the internet in a news article of a 12 year old winning a boat race in a 12′ wolverine runabout, which looked identical but the article was bad quality to see. The strip of wood that runs down the side of the boat about half way is throwing me off because all the pictures I see that strip runs up to the bow completely. The design in interesting. It has grooved strip sides (as you can see in one of the close up pics of the stern). The top looks like some sort of a thin layer of white oak wood laminated on plywood (also a close up attached). The ribs, seats and other parts are all made of some sort of hardwood. The steering wheel says Vollrath in Sheboykin Wisconsin and is hooked up on a pulley system, it never had any remote throttle control.” 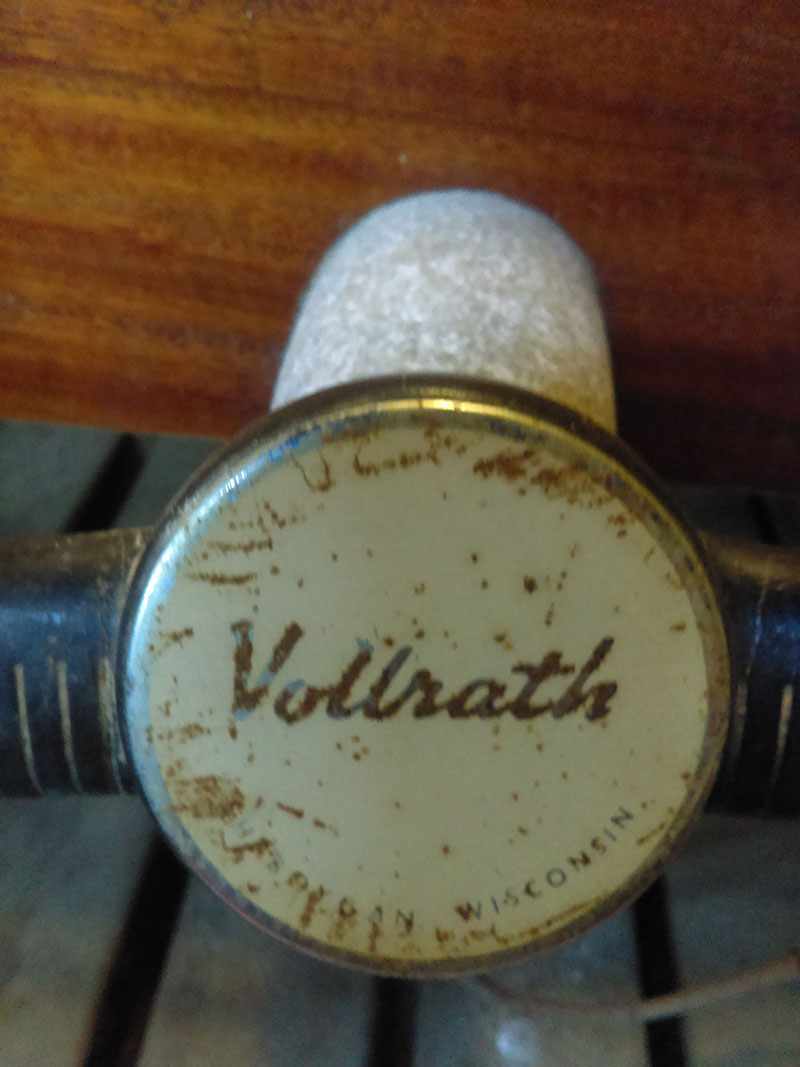 Thanks Matt for reaching out. These style boats can be branded in all sorts of ways. matt is going to do the work himself and came with her engine and all the goodies.