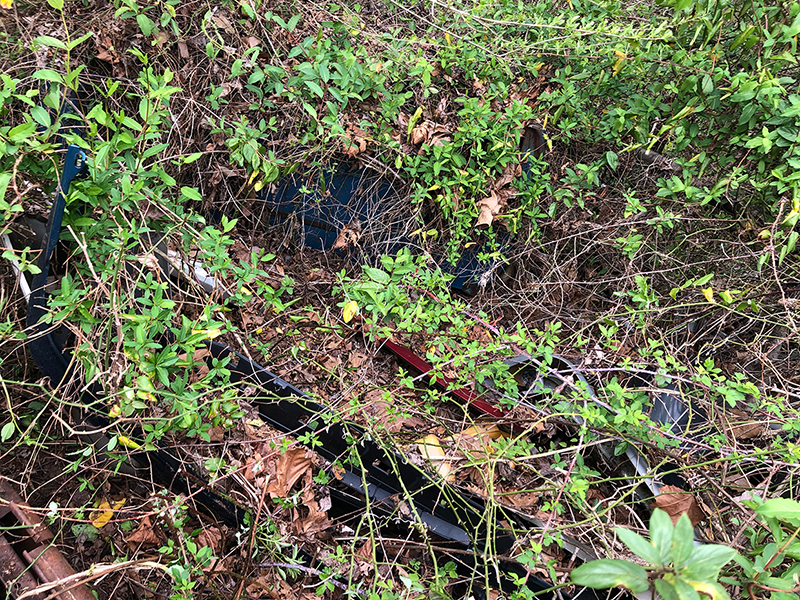 Ya, there is some stuff over there.

Well, lets just say, if you dig hard enough, no literally dig into dirt, after you cut back poison ivy and god only know what other needle tree stuff was covering this jewel. My son Ham and I were covered head to toe in cloths and gloves, but I bet that Poison ivy found some of me to gnaw at me. I feel the itch already. After 30 minutes of digging. Ugh.

BUT, it was worth a couple weeks of steroids for this amazing find. And I wonderful reminder that living in a rural area has its wonderful rewards. My son had visited this “yard” before and the guy had told him he had some pumps buried under the weeds from hell.  We had some time yesterday and thought we would go digging. The guys yard was a collection of stuff found around the area. But never could I have hoped for a local marina pump. I will say though, at first I just thought it was a carcus. Since it was face up and full of dirt. Back the way she shuld be standing

But with a grunt or two, or three… Three Advil lift. There it was. And that dang porcelain is like new! What ever toxic crap that was made out of was worth it. After a little interweb digging, this is a 1950 ish Gilbarco Gas Pump. It appears Red, but could also have been Silver and Red, not sure. If there are any Gas Pump Geeks out there, or in here, chime in. I don’t think the pump thats Marine is any different than non Marine, but the art is , and that’s the part that I LOVE, and the fact that its local history around here. 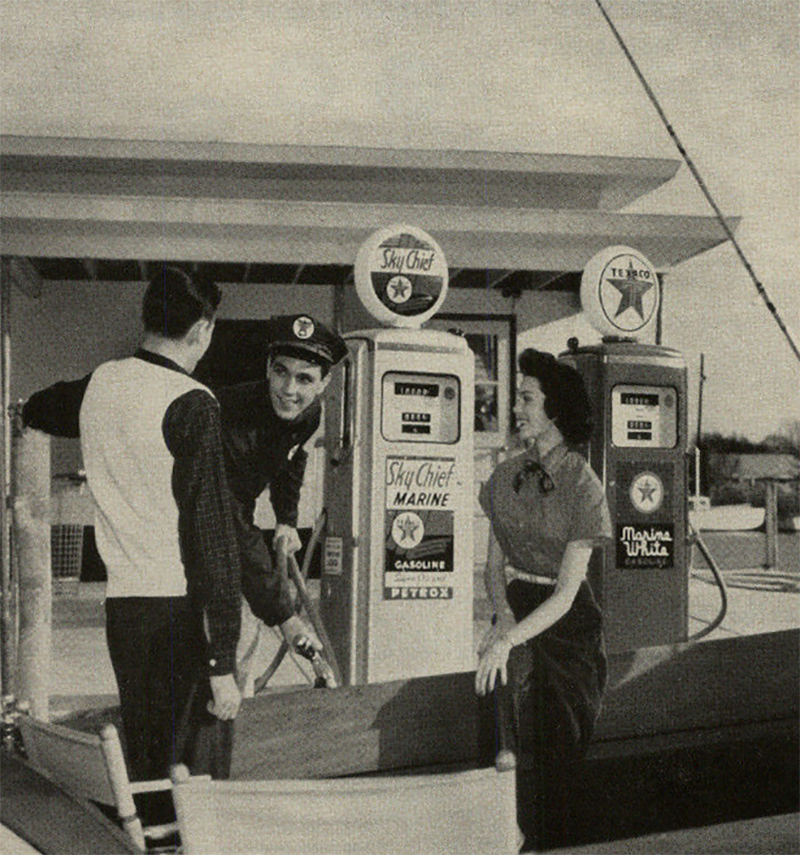 Fill her up sir? Oil Sir? Now I know this is VERY Geeky of me. But I swear that’s the Chris Craft Model Lori Pastic Lori on the cover – Herb Pocklington told me she was the most popular model of the day. Lori posing in a Cobra Okay, back to the pumps. Incase you are confused, this is not Lori.  I am guessing the pumps were red since in this BW the green part is a different shade In the barn! FULL OF DIRT.

Now if you will excuse me I need to go soak in a warm bath. My son Ham has a company called  Lowtimers, Vintage stuff and custom work – YOU CAN VISIT LOWTIMERS HERE.

22 Responses to “What’s Under The Mountain Of Poison Ivy?”