A huge thanks to fellow Woody Boaters Chris and Julie Bullen for sending us a great report from Lake Vermiion. Now, you may be wondering why it’s called Lake Vermilion. Okay maybe you didn’t ask, but I did. I mean why would a lake be named after a color red? Red? Ya see as a designer Vermilion is a classic red color. Well, the explanation is kinda cool. See when the sun sets, the reflection on the lake turns red like the sky. Some french trappers called it that, and the rest is history! What a beautiful name, and lake… And now show. Below is the note from the Bullen’s And captions. WOW! We went on a big road trip all the way to Lake Vermilion. The week was a great one as Steve and Nancy invited us to join them and 4 other boats on this adventure. As you know we were in the Gull lake area the week before so we continued our adventure up to Voyageurs National Park and then to Lake Vermilion. Julie out with the ladies

The northern park of Minnesota is a beautiful place to go boating and fish as everyone had an aluminum boat and they were all out there looking for the big one. There are 45,000 acres of water on Vermilion and over 300 islands. It was nice to have the Shoops as a guide boat or we may have been lost or had a busted prop. The area liked to display these props of misery on the walls for all to see. The week ended at a small boat show to help raise funds for the Lake vermilion Fire brigade. Saturday, we had a run around the lake with many of the participating boats and Sunday afternoon from 12 to 4 was the show. Just enough time to see the boats and have a nice lunch. SUNRAY is a 1984 23’ Grand-Craft Tahoe hardtop that was built in Holland, Michigan. It is one of two matching boats originally purchased by Robert Redford and was number two off the production line, and the first of only four 23’ Tahoe hulls ever produced in the hardtop model. It also has a very unique “Phoenix Dash Inlay”. Sore! Soar? Sour? Ya I wrote this caption. Cant you tell? 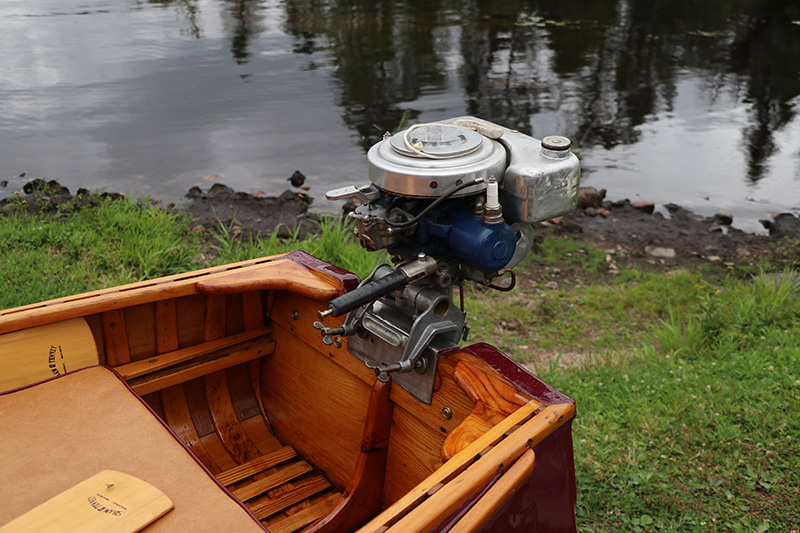 A huge thanks to Chris and Julie for sharing the fun of it all!

11 Responses to “The Beauty Of Lake Vermilion”